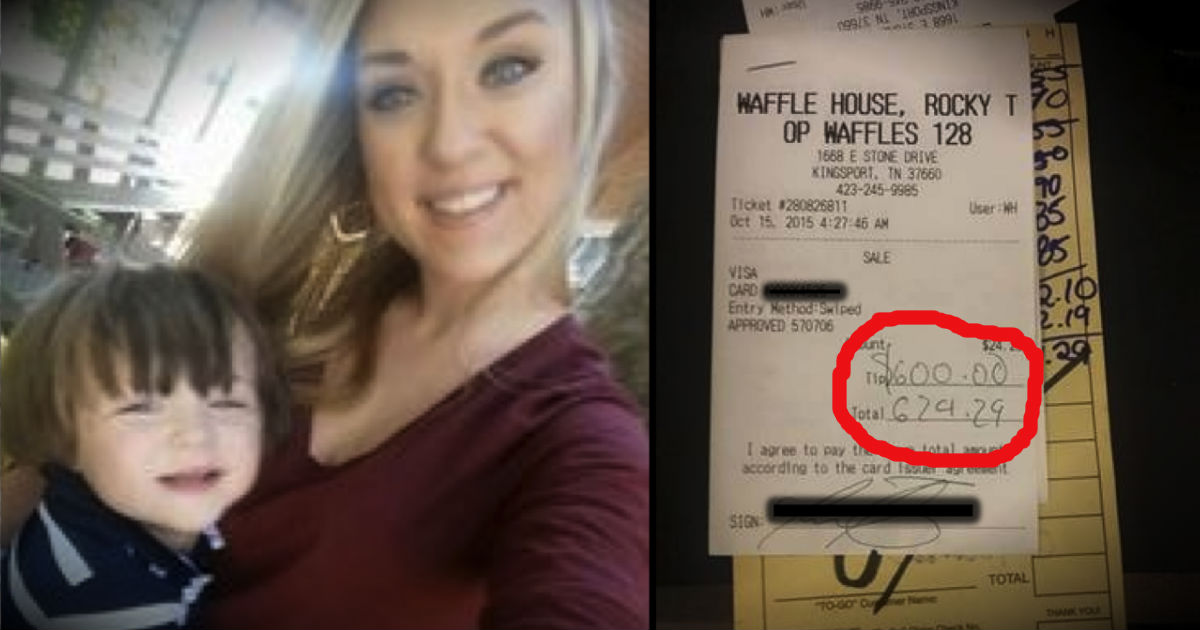 This Waffle House Waitress Was Completely Broke. Until 2 Angels Showed Up!
Read Article »

When Hugh Jackman confessed that he dedicated each performance to God, our hearts soared. But here's yet another reason to love this Hollywood A-Lister!

The big time actor was being interviewed by a news station from the Phillipines for his role in the movie Pan — nothing new for an actor of his caliber. But when the journalist, Marie Lozano, opened up about her late brother being a huge fan, Hugh's reaction was priceless.

Some might consider it coincidence, but clearly it was by God's design that Marie's interview with Hugh fell on the second anniversary of her brother's death. Marie's brother, Jeffrey, had down syndrome. He was also a huge fan of the X-men character, Wolverine — one of Hugh's most famous roles.

According to his sister, Jeffrey loved to draw and paint. He did so by using his mouth to hold the brush, and Wolverine was one of his favorite subjects for his art. Marie says that's because,

"He wanted to be a superhero himself and I think that's where he got his determination to fight life's battles."

And so, Marie decided to give one of Jeffrey's Wolverine paintings to Hugh at the end of the interview. It was one of the last paintings Jeffrey did before passing away. Marie didn't do it for the camera — she did it to honor her brother. She says on Instagram,

"I simply wanted him remembered by giving one of his mouth paintings of Wolverine to Wolverine himself."

Hugh graciously accepted the gift. He couldn't help but be touched by Jeffrey's story, so the megastar took to his own Instagram account to get the word out about his incredible fan.

"Today I had the great pleasure of meeting this lovely lady, Marie Lozano from the Philippines. Her brother, Jeffrey, had Down Syndrome. He passed away 2 years ago. Marie shared with me that one of Jeffrey's joys in life was painting. When he lost the use of his hands he continued to paint with the brush in his mouth. I accept this gift in Jeffrey's honor. May his spirit live on."

And this small act meant the world to Marie and her family. She says,

"I am overwhelmed reading thousands of heartwarming comments about my brother Jeffrey on Hugh Jackman’s social media pages. Thank you again for your kindness and compassion... Jeffrey to me is a real life superhero. He had an unwavering spirit to take on life’s battles. Hugh’s character was an inspiration to my brother and I didn’t expect to inspire the man that inspires millions with Jeffrey’s story."

Aside from the wonderful and completely unexpected post by Hugh, Marie says that when she presented him with the painting, the compassion he showed was incredible. He listened closely as Marie shared Jeffrey's story, and he looked through photos of her brother. The time this took from Hugh's day was minimal, but the impact it had for the family will last forever.

Hugh has been very blessed in his life. It's touching to see that he still values the things that really matter, and that he will take the time to show grace and compassion to those who look up to him.

"But as you excel in everything-in faith, in speech, in knowledge, in all earnestness, and in our love for you-see that you excel in this act of grace also." 2 Corinthians 8:7

For more inspiration in faith, check out this coach who's risking his job to keep prayer on the field!