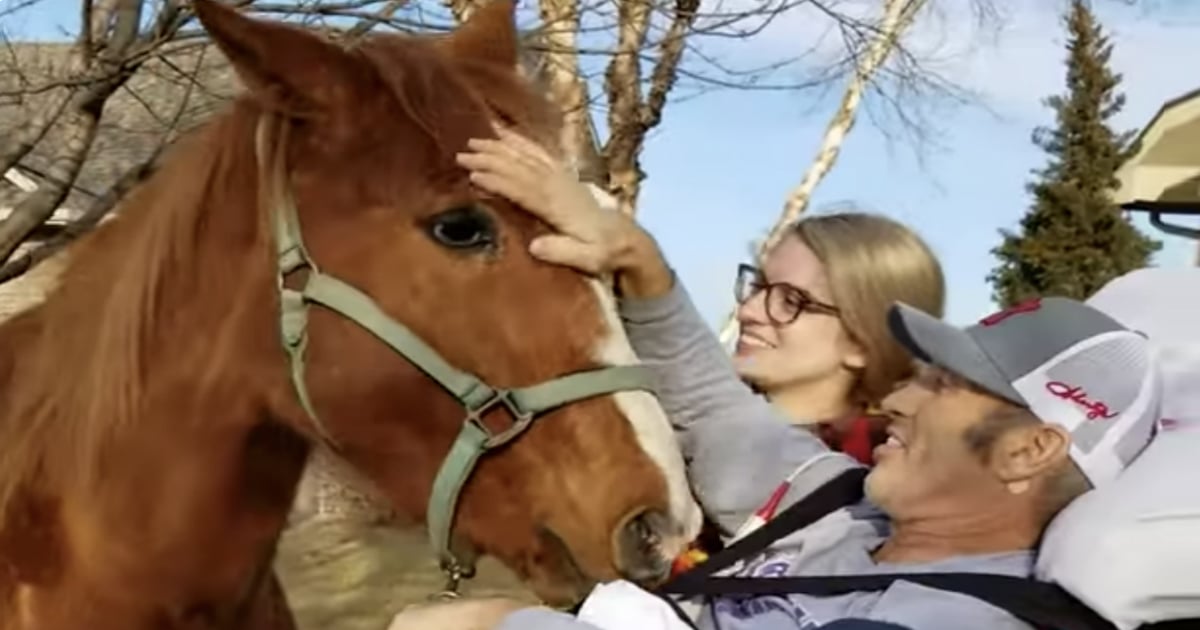 Because of a condition called Hutchinson-Gilford Progeria, a 15-year-old girl named Xiao Feng always said she looked more like a 60-year-old grandma. Kids at school made life miserable by teasing her relentlessly. But then, a group of Good Samaritans came together to help. And a life-changing surgery gave Xiao Feng the face she’d always wanted!

Xiao Feng was born in China to a family of humble means. Her parents noticed within the first year that their baby girl’s skin became increasingly saggy. Doctors confirmed the cause was the genetic disorder, Hutchinson-Gilford Progeria.

RELATED: Doctors Said Having 2 Kids With Progeria Was Impossible But They Were Wrong

Xiao Feng inherited the condition from her mom, who also suffers from progeria. The genetic mutation causes children’s bodies to age rapidly. There is currently no cure for the disease.

There are often many health issues that accompany Hutchinson-Gilford Progeria. But thankfully for both Xiao Feng and her mother, the condition only affects their skin and not their organs.

However, this didn’t always feel like a blessing to Xiao Feng growing up. The genetic disorder caused her skin to age at an alarming rate, making the young girl appear decades older.

And that made her school years extremely difficult.

Girl With Progeria Bulled For Looking ‘Like A Grandma’

Xiao Feng’s family describes her as a quiet and gentle girl. She struggled to make any friends at school since the Hutchinson-Gilford Progeria left her looking like an adult.

“She was often mistaken for the parents of pupils,” her father explained.

The other students either avoided Xiao Feng or bullied her.

“Nobody wants to play with me,” she said. “And only pigeons are willing to accompany me because they won’t dislike me or think I am ugly.”

When Xiao Feng and her mother went into town, people would stare and talk about them. Tired of all the ridicule because of her condition, the girl with Hutchinson-Gilford Progeria decided to quit school after she graduated middle school. 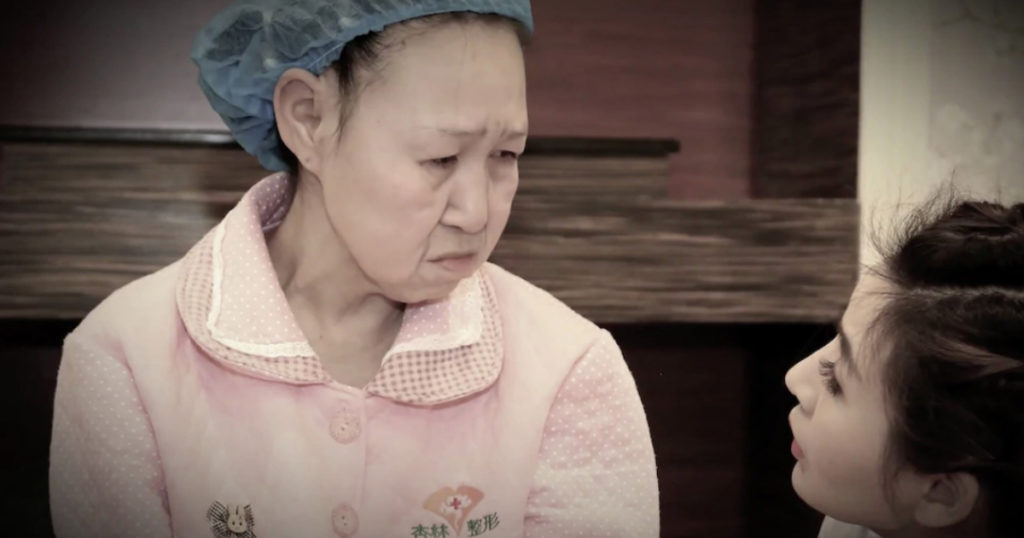 That’s also when she decided to make a desperate plea to local philanthropist, Guo Mingyi. The man earned recognition for doing good deeds.

So, 15-year-old Xiao Feng wrote him a heartfelt letter, asking if there was any way he could help.

“How I long to look like a high school student,” she explained. “I wish to return to a normal life and not feel the need to avoid other people’s attention or feel haunted by my classmates’ whispers.”

The teen’s letter struck a chord. Guo Mingyi arranged for her to get the medical intervention her family couldn’t afford.

After talking to the surgeons at Shenyang Sunline Plastic Surgery Hospital, the organization offered to discount the girl’s medical expenses by 70 percent!

Guo then turned to the community for help in raising the rest of the money — more than $25,000. Strangers from all over donated and more than 1,000 joggers took part in a marathon benefitting Xiao Feng’s procedures.

With the funds, doctors were able to perform a cutting edge operation to give Xiao Feng a new face. During the 7-hour procedure, they removed the excess skin and reshaped the teen’s nose, eyebrows and mouth.

“The night after Xiao Feng’s surgery was the night when I slept the soundest because I believed that doctors could cure my daughter’s condition and help her live and study happily in the future,” said the girl’s farmer father.

The hospital revealed the results of the surgery in a big press conference. 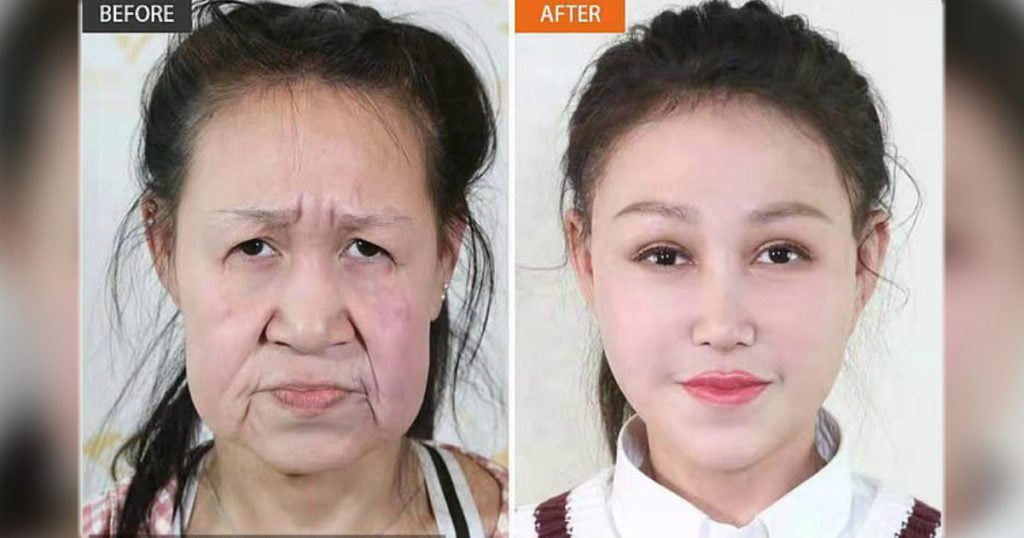 And as they unveiled Xiao Feng’s new face, it was an emotional moment for the 15-year-old girl who was also seeing herself for the first time since the operation.

Doctors wouldn’t let Xiao Feng look in a mirror at all after the surgery. They wanted to keep her appearance a secret until she’d healed completely.

Seeing herself for the first time must have been such a surreal experience for Xiao Feng. She finally looked her age, something she’d always thought impossible because of her Hutchinson-Gilford Progeria diagnosis.

The young lady is incredibly grateful, describing those who helped her as angels.

“Thank you to everyone who helped me,” she said. “Thank you, Mr Guo, and all the hospital staff for giving me a new future.”

And as you might imagine, seeing their daughter so joyful is such a blessing for her parents.

“Today is the happiest day for my daughter,” Xiao Feng’s father said.

And for her mother, who suffers from the same condition, seeing her daughter get the help she never could is especially powerful. 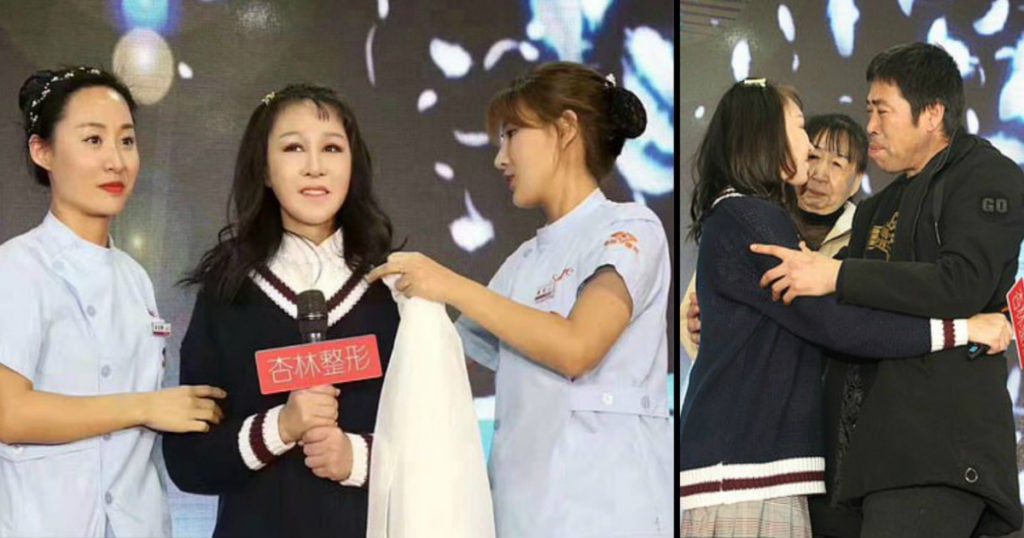 “I also dreamt of being pretty one day, but I couldn't make it come true,” she said. “Now that my daughter has been given this chance, she's helping me live my dream, and is also fulfilling her own dream.”

YOU MAY ALSO LIKE: Weight Lifter And Girl With Progeria Make For Real Life ‘Beauty And The Beast’ And They’re The Sweetest Pair

Now, Xiao Feng can return to school and enjoy just being a 15-year-old girl. And all because of the kindness of strangers!