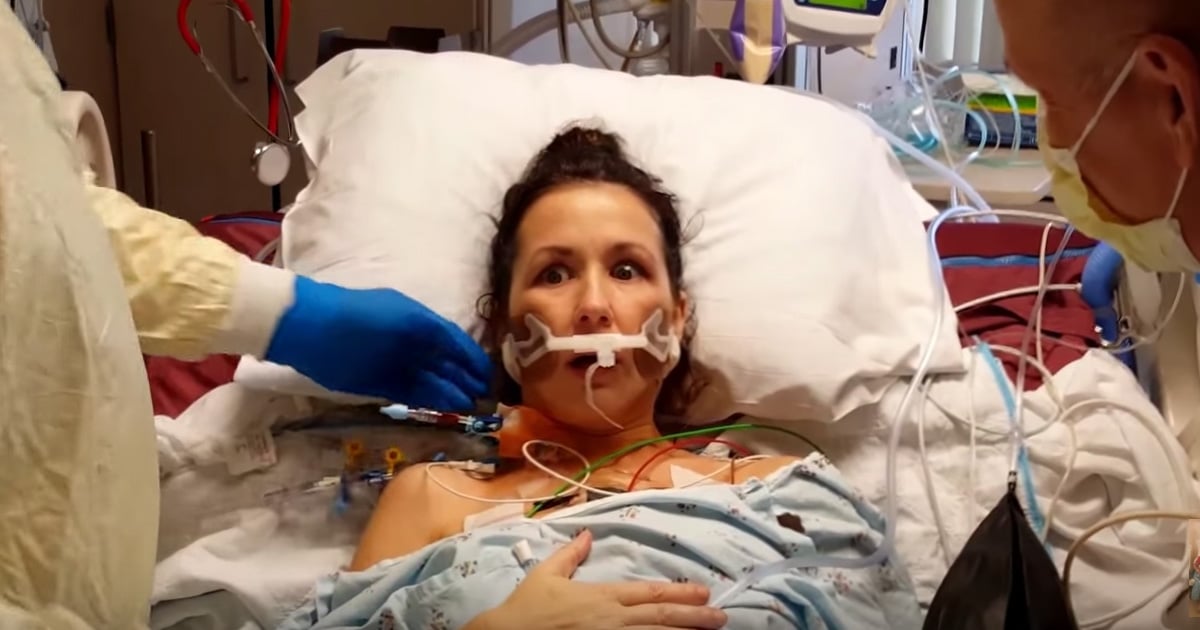 When Air Force veteran James Clinton showed up at a local elementary as the last-minute guest speaker for Veteran’s Day, he met a substitute teacher with a very special connection to his past. Some may call it coincidence, but this inspirational story of a veteran’s unlikely reunion is most certainly a case of divine intervention!

Meeker Elementary in Puyallup, Washington was scrambling to find a speaker for their Veteran’s Day assembly. So, Shirley, who has worked at the school for years, recommended her husband James Clinton.

The soft-spoken 89-year-old veteran wasn’t really sure what he was going to say to the auditorium full of children. He made the decision to wing it.

On the same day that James stood up to give his speech, Meeker elementary needed a substitute teacher. They instructed the sub to wear something patriotic for Veteran’s Day. And that’s how a woman named Kim Zeiger, wearing a bright red jacket over a white shirt, came to be sitting roughly 30 feet from James as he stepped up front to give his speech. 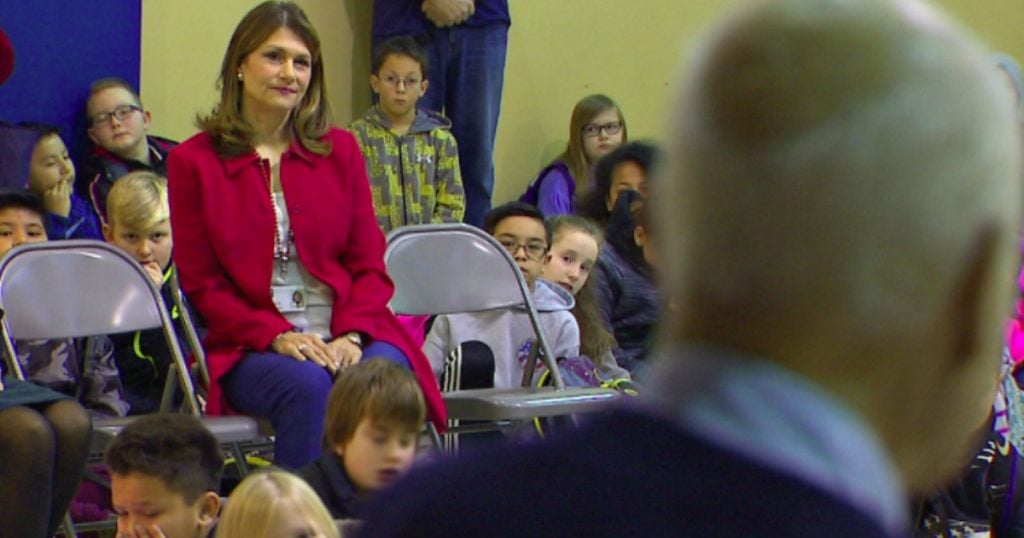 James still didn’t know what he was going to say. And he and Kim certainly didn’t know one another. But as James started telling a story of his time in the service, Kim began to realize she knew who this man was.

“I just let flow with whatever came up,” James said later of his speech, “and I had to mention the close call, and that was THE close call in my life in the Air Force, so I mentioned Bermuda — and the switch.”

Little did James know, his “off the cuff” speech would turn into an inspirational story of a veteran’s unlikely reunion!

James talked about 1964 when he and his family were stationed in Bermuda. James served as a flight navigator at Kindley Air Force Base, living with his wife and kids on an island.

At the base, James made friends with a fellow navigator named Martin Nesker. Martin’s family still lived on the mainland, so James invited Martin back to his house often for dinner and family time. In fact, James and Shirley still have a photo of Martin in their home.

But come the summer of 1964, the two families would be forever be linked.

There were two missions calling for navigators. One was a flight to Atlanta and the other a training mission off the southern coast of Bermuda.

Martin was slated to take the Atlanta mission, while James was set for Bermuda. But when Martin learned his family, who was finally moving to Bermuda, would be arriving the same day as the Atlanta flight, he asked James if they could switch.

Martin wanted to be there to welcome his family and show them around the island. 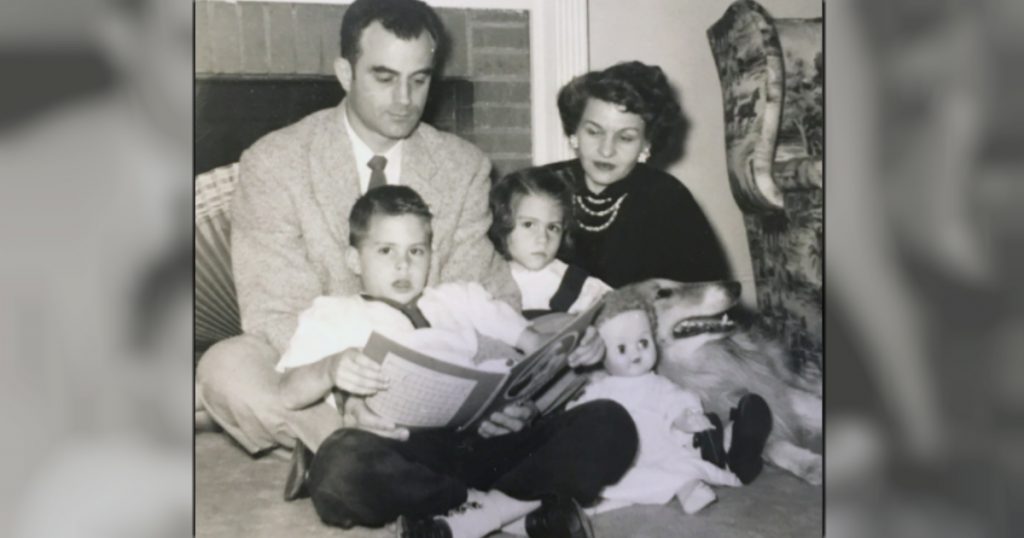 And so, James agreed to take the Atlanta flight and let Martin have the training drill. It’s a decision that forever intertwined these two families.

True Inspirational Story: The Switch That Changed Everything

Martin’s family showed up in Bermuda. With James covering the mission in Atlanta, Martin enjoyed showing the island off to his wife and kids. Two weeks later, it was time for Martin to cover for James and handle the Bermuda mission.

The “special drill” turned out to be a training to retrieve NASA astronauts who had landed in their capsules in the ocean. The drill involved two planes — one training for the retrieval of Gemini Mission astronauts and the other filming the training.

But a short while into the training, something went horribly wrong. One of the planes suddenly banked hard to the right, colliding with the other plane. 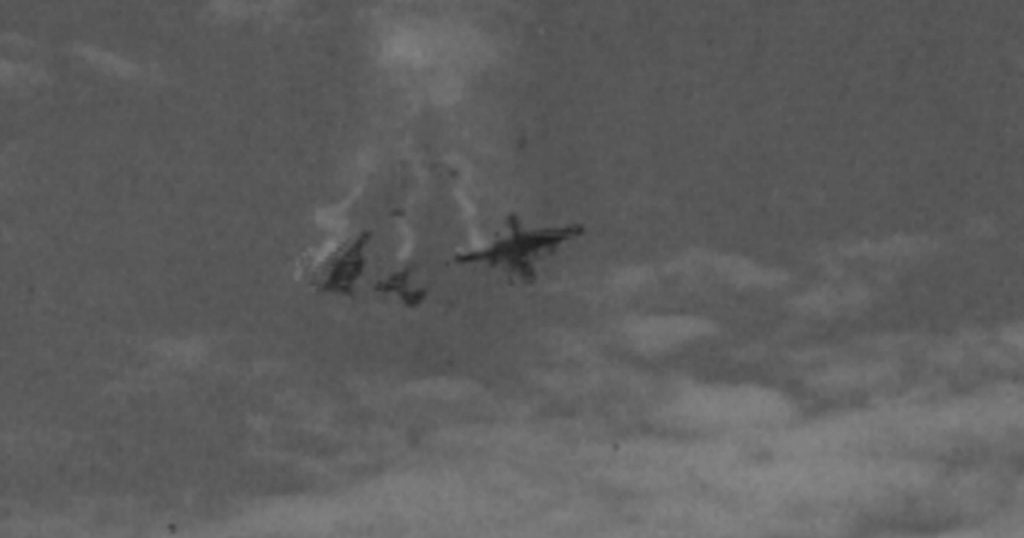 Both aircrafts plunged into the ocean and 17 Air Force personnel lost their lives. Among them was Martin Nisker.

James never forgot Martin. As he went on to live a full and happy life, he couldn’t help think of the friend he’d lost — the friend who traded places with him.

Now, more than fifty years later, he stood in front of Meeker Elementary school talking about Martin’s death. He explained to the children how sacrifice and danger often mark military service.

RELATED: Inspirational Story Of Woman Who Waits 39 Years For Her Soldier To Come Home

But his words impacted substitute teacher Kim Zeiger the most. She sat mesmerized throughout James’ entire speech. And when the assembly ended, she made no move to take her students back to class. Instead, she made a beeline for James.

An Unexpected Connection In The Crowd

Kim commended James on his speech. Then she hit him with a question:

“Was the date of the collision where you changed jobs with the other man, was that June 29, 1964?”

Confusion and disbelief washed over James’ face as he confirmed the date. Kim then asked for the name of James’ friend. 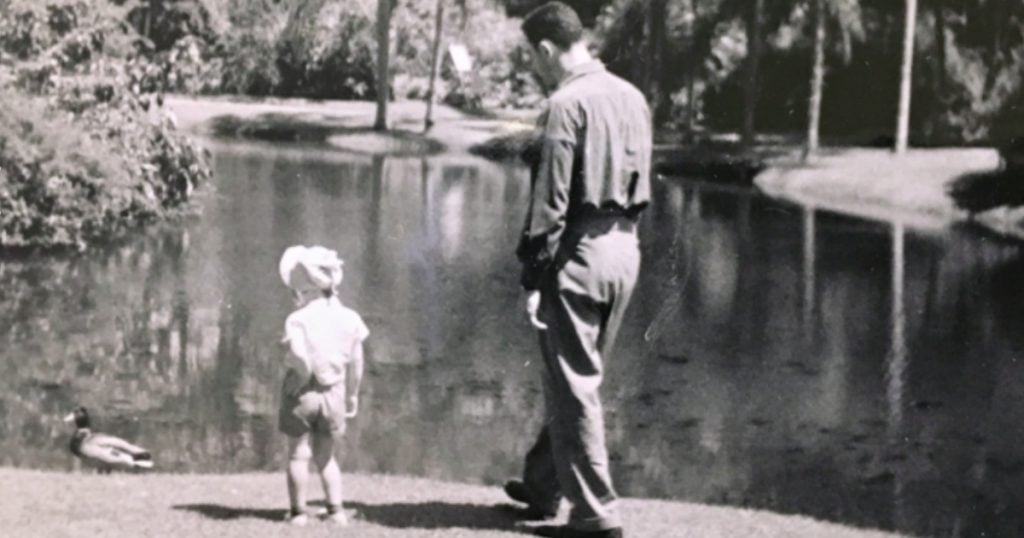 Kim was just 8 years old when she and her family moved to Bermuda. She’d been a daddy’s girl and remembers her father fondly as a kind man who loved children.

“He was very, very kind” she says, “He called me his ‘Princess’, and we would do special things. We would go on dates.”

Every time Martin traveled, he brought Kim back a doll. She still has all of them at her home.

On the day her daddy died, Kim was at home with her mom and little brother, playing with her dolls. Her older brother was on the beach taking a swimming lesson. In fact, he saw the two planes collide. He was sent home and the swimming lesson was canceled.

James and his family were at the memorial service held for Martin and all of the people killed in the crash, but they never met Kim and her family. Not long after, Kim’s mom packed up her children and moved away from Bermuda. Despite the beautiful surroundings, the island held too many painful memories.

As Kim revealed her identity, James stood there in shock.

“I couldn’t speak, I experienced guilt,” he recalled. “I said, ‘Yeah I’m here because your father traded places with me’… what could I say?”

The Veteran’s Day assembly at Meeker Elementary started out as just another typical day. But God has a knack for turning the ordinary into the extraordinary. 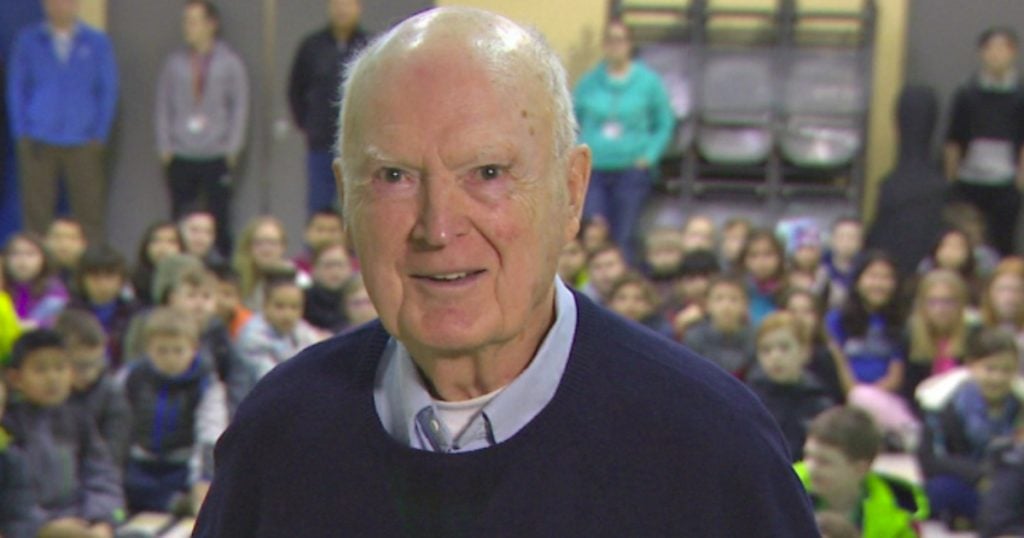 Now, over fifty years after her father’s death, Kim was hearing a part of the story she’d never known. Her family had no idea there’d been a switch.

“It brings up all my feelings for my dad,” Kim says, amazed. “I still have such a deep love for him. And I miss him. And yet, there’s a joy knowing that James and his wife have led such a wonderful life.”

There’s no way this inspirational story of a veteran’s unlikely reunion is a coincidence. It’s clearly divine intervention. Just look at the odds!

The two families didn’t know each other, yet wound up settling in the same town. In fact, Kim began to occasionally substitute teach at Meeker Elementary some twenty years prior to the Veteran’s Day assembly. Over those years, she would have passed Jame’s wife Shirley plenty of times in the halls.

James became the speaker that day because the school couldn’t find anyone else. He could have talked about plenty of other memories from his time in the service but decided to share the story of the switch. All on a day Kim just so happened to be subbing.

No, chance isn’t to thank for this inspirational story of a veteran’s unlikely reunion. Divine intervention is behind this incredible tale!

Since their unbelievable reunion at the assembly, Kim and James have kept in touch. In fact, the families get together sometimes to share memories. 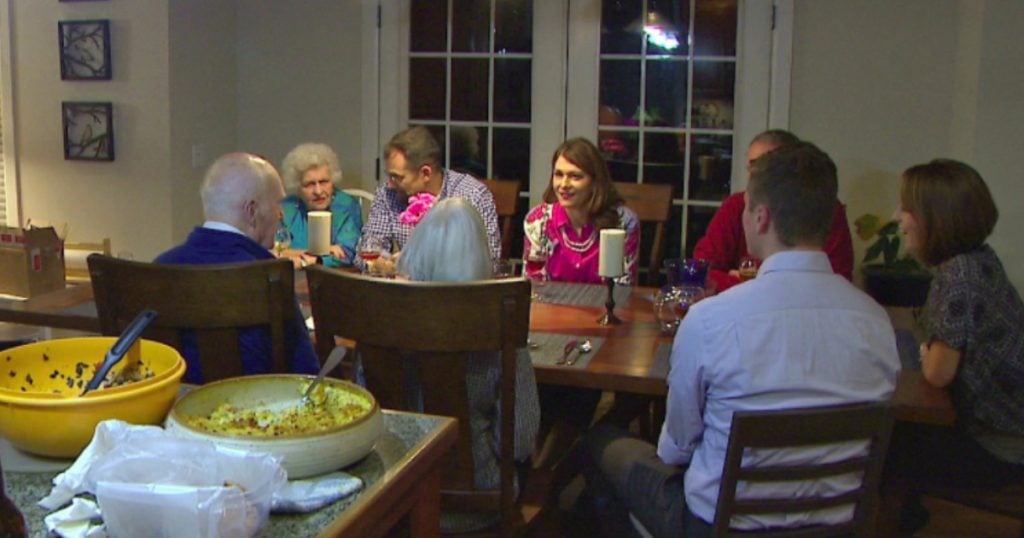 Shirley and James will gather with Kim and her husband, their children and grandchildren, and best of all, Martin’s 95-year-old widow, Virginia Nisker. They trade stories, look at old pictures, and salute the man who brought them all together.

We don’t know why Martin had to die, but God certainly fashioned good out of this tragedy. And it’s James who raises a glass at a recent family get together to deliver the following heartfelt toast:

“It is an honor to toast the memory of Maj. Martin Nisker … loving husband and father. Gentleman and career Air Force navigator. I wish also to toast the aircrew members who perished with Martin when two air rescue aircraft collided off the coast of Bermuda a half-century ago.”

YOU MAY ALSO LIKE: Bible Takes Bullet For Marine During WWII, Saving His Life

With that, all of Martin’s family — the Clinton’s newfound friends — joined in closing the toast with, “Here’s to Marty.”