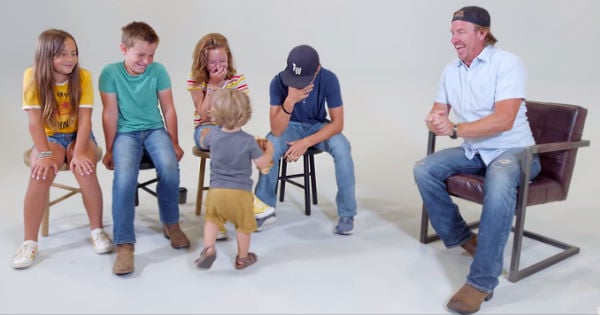 Jeanne Robertson and son Beaver are laughing now, but Jeanne has a doozy of a story from his time at Elon University. This comedienne understands firsthand the challenges of raising boys!

The funny story starts off with Jeanne Robertson talking about how great of a university Elon is. It’s where her son, Beaver, went to school.

"Beaver, you graduated from Elon University by the grace of God," Jeanne says as the crowd erupts in laughter.

This funny lady then goes on to share the story of when her son called with some startling news. He’d been in a wreck.

It took a while for Jeanne Robertson to get the full story from her son. But once she did, the details had the audience rolling!

The Wreck At Elon University

The fender bender occurred as Jeanne Robertson’s son was leaving the gymnasium. He explained how he was going to drive to the library, but Jeanne knows better.

She informs the audience that the gymnasium and the library on Elon's campus share a parking lot. So, you would only need to walk a few minutes to get from one place to the other.

RELATED: Jeanne Robertson Catches Granddaughter on TikTok And Her Reaction Is Priceless

However, she decides to not bring that to her son's attention at the moment. Instead, she lets him keep telling his story.

Jeanne Robertson’s son shares that he got into a wreck because his foot must have gone numb. When it did, Beaver pressed down on the accelerator instead of the brake. He claims his too-small shoes were the cause of the numbness in his foot. Beaver then points out how he was supposed to get new shoes over spring break with his mom but they never went.

"Don't blame this wreck on me cause I didn't get you some shoes," says Jeanne as the audience is laughing.

Beaver tries to go on, but Jeanne Robertson interrupts her son.

"No, just be calm, I'm on the way. We'll come to that parking lot," Jeanne says to him. "The one thing that I need for you to do is call campus security."

That’s when Beaver reveals the kicker.

"Mom, that's what I've been trying my best to tell you,” he says. “Campus security is who I hit!"

The whole audience is cracking up by the end of the story!

"I am the mother of boys," comments one person on YouTube. "I swear this could have been happening at my house. I spit coffee at the end of this."

"I love it Jeanne," writes another person online. "All mothers with sons know exactly where this was going. Thanks for sharing, stay well and have a blessed day."

YOU MAY ALSO LIKE: For Jeanne Robertson, Age Is Just A Number But She's Got A Hilarious Story About Forgetfulness

What a great storyteller Jeanne Robertson is! Her jokes and tales are sure to bring you a chuckle and great big smile to your face!

WATCH: Jeanne Robertson on Son Beaver And The Time He Wrecked