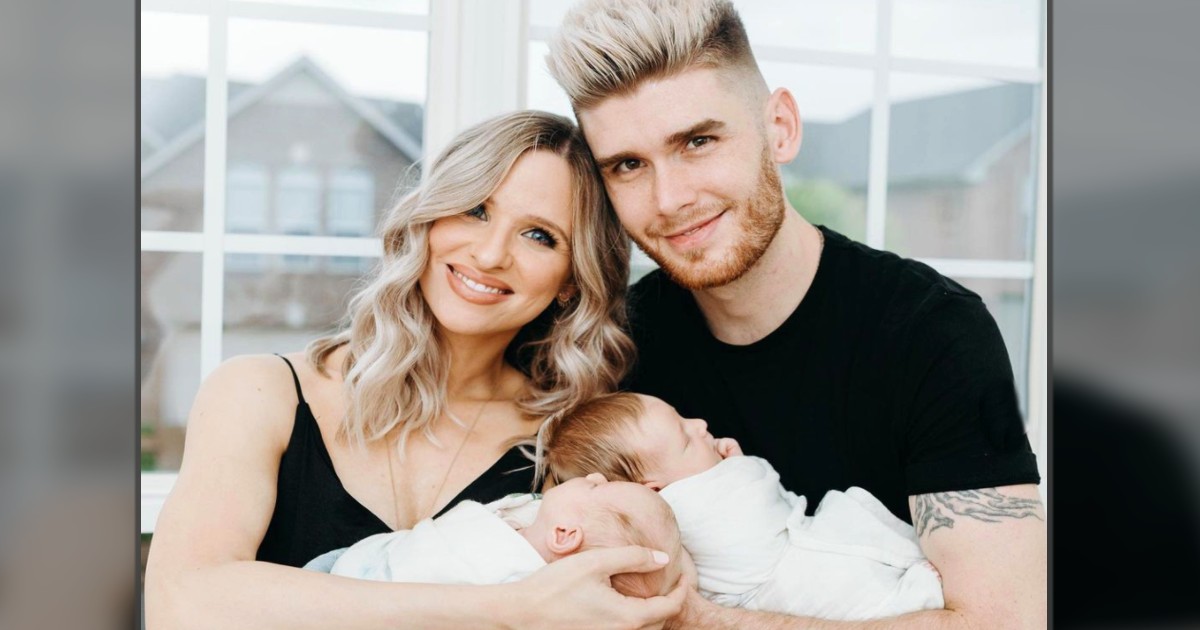 Chip and Joanna Gaines from HGTV's Fixer Upper and are known for their Christian faith and their loving relationship. The couple has been together since 2003 and we've felt like they're our own family since their show premiered in May 2013. In a recent interview, Chip and Joanna shared the story of how they met.

When Chip said, ‘I love you’ for the first time, it wasn't at all what we expected! The first time Chip saw Joanna, it was in her father's automotive store. "Her dad made the mistake of putting a pic of the family behind the counter at his shop," he recalled. "I knew I'd marry her one day just by the picture on the wall," Chip added.

RELATED: Joanna Gaines Family Sits Down For An ‘Uncomfortable Conversation' And It's So Powerful

"I worked for my dad for like 10 years at his automotive store,"Joanna said. She then went on to say, "And there was a guy up front, and all the guys said, ‘Go look up front. There's this really handsome guy.' And of course, I never was going to do it, but I thought, ‘Well, why not?'"

So, I walk through the showroom and I see this guy who isn't Chip, and I'm like, ‘Oh, he's really cute, but now what?' I didn't know what to do, so I kept walking through the showroom, and I walk outside. And as I was walking outside, Chip comes in to pick up his roommate, and the rest is history." But here's the thing–it almost wasn't history!

The couple had dated for about five months before Chip decided he had something important to tell Jo.

Chip said, ‘Thank you? That's nice!' Chip was kind of taken aback by her response, and decided it was best he left.

"I'm not going to say, ‘I love you' back. I'm not just going to give that away. I held everything so tight. I didn't want to get hurt," Joanna said. Chip then joked about Joanna and how she was like a "cyborg."

She took a while to warm up to him and fall in love," Chip said. "Yeah, that's the way cyborgs respond to ‘I love you,'" joked Chip.

Reminiscing on the big moment in an interview with Us Weekly, Chip added, "She said, ‘thank you' and I was like, ‘I am so freaking sick of this,' and I grabbed my basketball and I walked home like a 4-year-old."

He admitted that he didn't call her for a few months to "shake things up." This plan didn’t work though, because Joanna never called. "She never called me!" Chip said, shocked.

The Early Days Of Chip and Joanna Gaines

Chip finally called so he could stop worrying about what happened to them. "So then I would call her to say, ‘Didn't we have a great date? Why don't you ever call me?'" he asked.

"And she'd say, "If you're waiting for me to call, you're going to wait until the cows come home.” The couple certainly did have a rough start. But now they are happy and have a beautiful family and a successful empire together!

YOU MAY ALSO LIKE: Chip And Joanna Gaines' Home Features A Broken Clock And The Story Behind It Is Pretty Cool

It's hard to imagine these two not together. But how different would their lives look if they'd let pride and discouragement take charge? What a powerful reminder to keep your cool and just love on those who are important to you.

Now flee from youthful lusts and pursue righteousness, faith, love and peace, with those who call on the Lord from a pure heart. 2 Timothy 2:22

WATCH: Joanna's Reaction When Chip First Said He Loved Her Almost Broke Them Up for Good