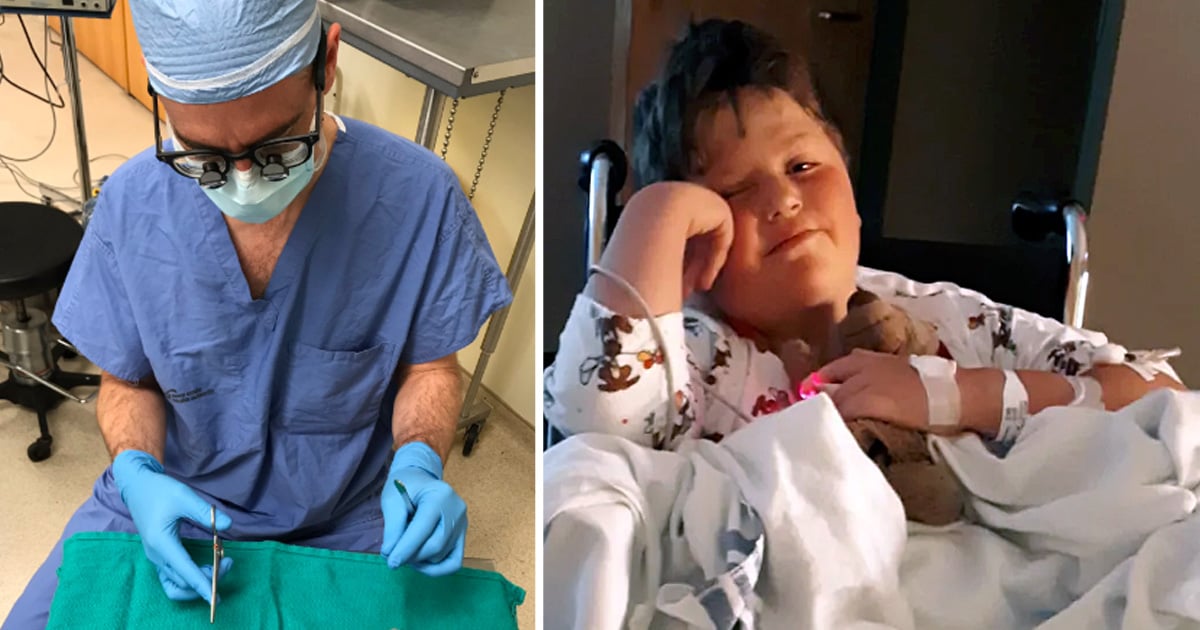 When Benjamin and Hope Jordan started noticing some odd behavior from their family dog, Killian, it got their attention. Suddenly, the normally laid-back Killian was showing aggression toward their son’s babysitter. This amazing dog busted the bad babysitter and saved his beloved little boy from a terrifying situation!

Killian is proof that our pets are more than just animals. They are part of the family and true blessings from God. When this fur-angel realized his baby “brother” was in danger, he made sure his humans knew!

When Benjamin and Hope Jordan moved to Charleston, South Carolina in 2012, they started searching for someone to watch their baby boy, Finn. After an extensive search including background checks and multiple interviews, they settled on a 22-year-old woman named Alexis.

Alexis would come over and babysit Finn a few times a week.

“We felt like Alexis was a good fit at the time,” Benjamin said.

For quite a while, things seemed fine. But after about five months, Killian started raising suspicions.

Benjamin and Hope said Killian was usually a laid-back, friendly dog. But his demeanor started changing, though it was only directed at Alexis.

“We noticed the dog was getting very defensive when Alexis was around. He would growl and stand between her and our son. His hair would stand up on the back of his neck and we knew something was up,” Benjamin Jordan said.

This behavior was so out of the ordinary for the black lab and German shepherd mix. So, Benjamin and Hope just knew something was up.

Since their 7-month-old son couldn’t tell them what was going on, they decided to find out for themselves. Hope hid an iPhone under the couch and left it there recording audio all day.

What the couple found when playing back the recording will likely haunt them forever.

Hope and Benjamin could likely never be prepared for what the iPhone captured. Their baby boy cried for nearly the entire seven-and-a-half hour recording.

“It started with cussing,” Benjamin said. “Then you hear slap noises and his crying changes from a distress cry to a pain cry. I just wanted to reach through the audio tape, go back in time and just grab him up.”

Shocked and horrified, Benjamin and Hope rushed baby Finn to the doctor. Thankfully, doctors confirmed their son was perfectly healthy and safe.

But now it came time to deal with the babysitter’s actions.

“We just could not believe it,” Benjamin said.

After alerting police and sharing the recording, Alexis gave a full confession. A judge sentenced her to three years in prison. Her name is also on the child abuse registry and she will never be permitted to work with children again.

Finn’s parents are glad to know the babysitter won’t have a chance to harm any other children. Of course, it was tough to move past what she did to their child.

“To know that five months I had handed my child to a monster, not knowing what was going on in my house for that day,” Benjamin lamented.

Thankfully, though, Finn was just fine. And he showed no signs of any lingering effects from the abuse.

As for Killian, he did a fantastic job protecting his family. The brave dog even went on to train as a psychiatric service animal. Thank God for this furry angel!