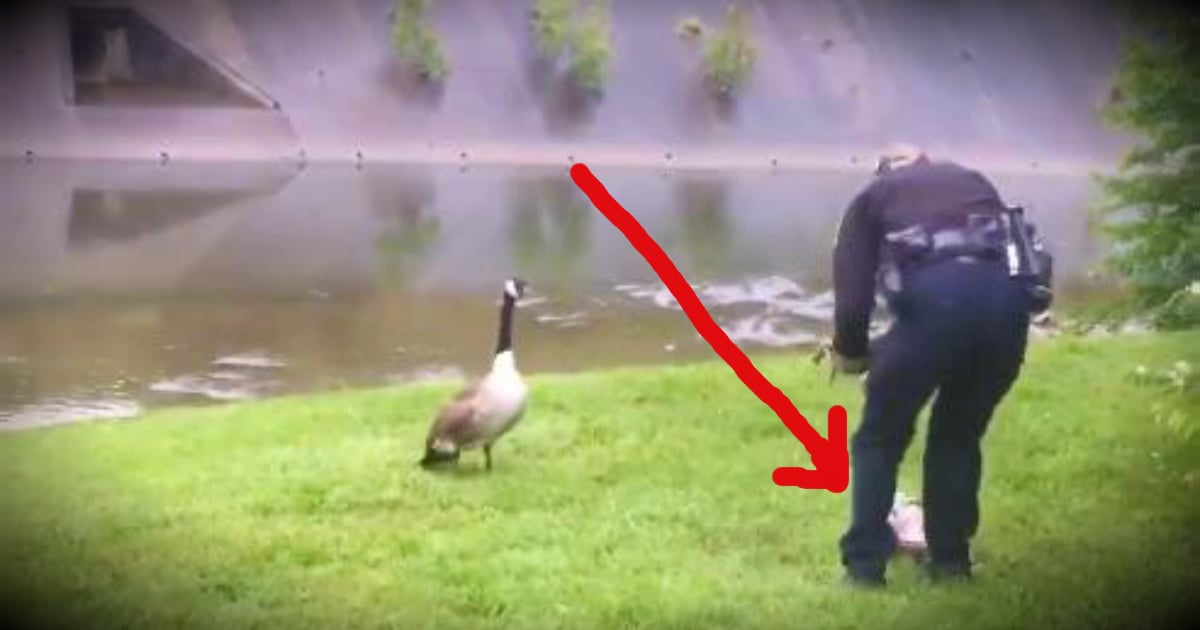 God not only blesses people with special gifts, but animals, too. This diabetic alert dog is proof. And after what he did for his tiny human, this pooch is more than just a hero, he’s a furry angel too! 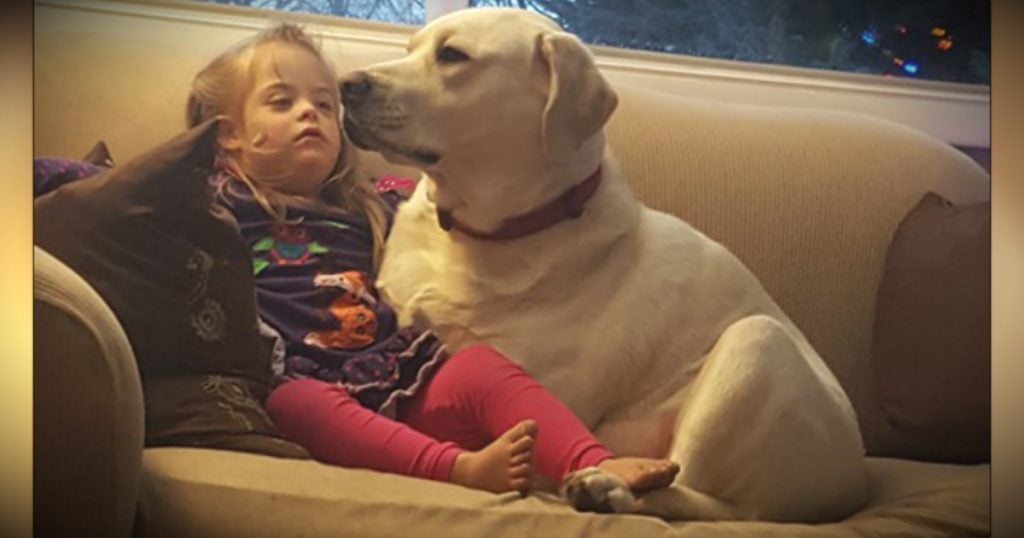 Sadie is a 4-year-old girl diagnosed with both Down Syndrome and Type 1 Diabetes. To help manage this tricky combo, the family welcomed a specially trained labrador named Hero into their home in Utah. Hero is a diabetic alert dog truly living up to his name! 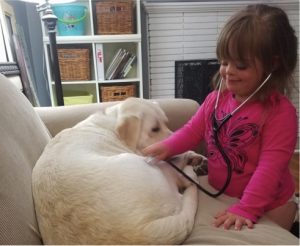 Aside from being Sadie’s 4-legged best friend, Hero has been gifted with a very special nose. He can literally smell when Sadie’s blood sugar is either too high or too low. And when he does, the diabetic alert dog lets her parents know.

“I’ll hold out my hands and say, ‘What is it?’ and he’ll paw for […] my left hand for a low, and he’ll nose my right hand for a high,” explained Michelle, Sadie’s mom.

In fact, Hero is typically able to sense these changes before they’ve even registered on the electronic device also monitoring Sadie’s levels. 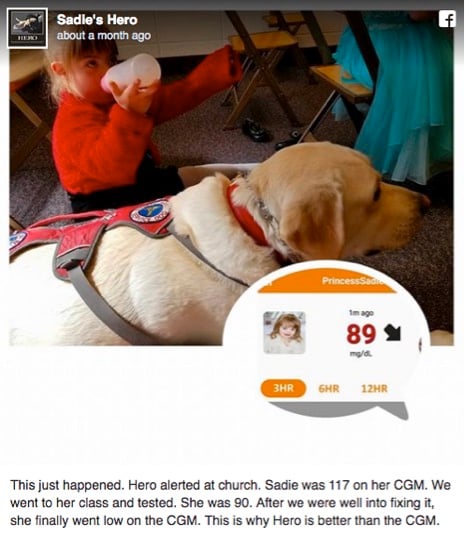 Hero’s talent is truly a blessing to Sadie and her family. But one day, Hero’s special bond with Sadie saved the little girl’s life in such a miraculous way that the family can’t deny it was divine intervention!

Sadie was in class at her Elementary school and Hero was with Michelle at home — more than five miles away. Suddenly, the usually calm dog was whining up a storm.

“He’s normally a very quiet dog. Whining is not in his protocol. But he just started whining and he would not stop,” Michelle said. 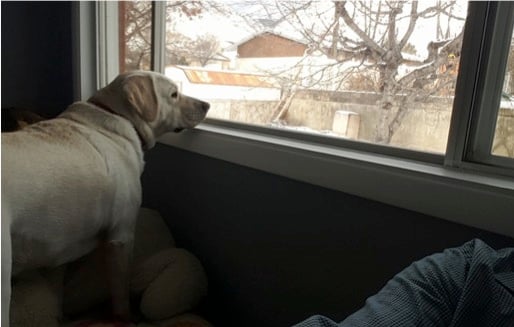 Hero’s antics continued, and it soon became evident that the diabetic alert dog was warning Sadie’s mom that the girl’s sugar levels were dropping. But how could that be, given that Sadie wasn’t at the house?

Michelle decided to give the school a call anyways, just in case.

RELATED: 5-year-old boy’s dog knew he was in danger before anyone else did

Sadie’s teacher, Kimberly Stoneman, checked the little girl’s numbers which were fine at the time. But Kimberly kept an eye on them, and only 30 minutes later, Sadie’s blood sugar levels had dropped dramatically.

“The lows are more dangerous immediately,” Michelle explained. “(With) lows, she could go into a diabetic coma right away, and she could die, if we kept her low too long.” 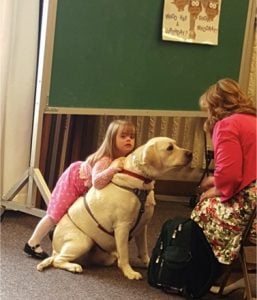 But thanks to the heads up Hero had given, the drop was identified immediately. It left everyone in utter amazement, including the school’s principal, Caroline Knadler. Caroline is also diabetic, and has witnessed the diabetic alert dog at work before, when her own levels started to drop during a parent- teacher meeting with the family.

“How can it be based on smell?” Caroline asked. “It really got me thinking. What is Hero alerting on?”

Sadie’s parents got Hero from KC Owens, a diabetic herself who trains and raises puppies to be diabetic alert dogs in Utah. She says that training the dogs to smell changes in blood sugar is relatively easy — they’re bred for their nose. But given the 5 mile distance, she says this was something else entirely.

“How do dogs know when their owners are coming home?” KC asked. “There’s another piece of it, that I call, ‘God only knows.’ “ 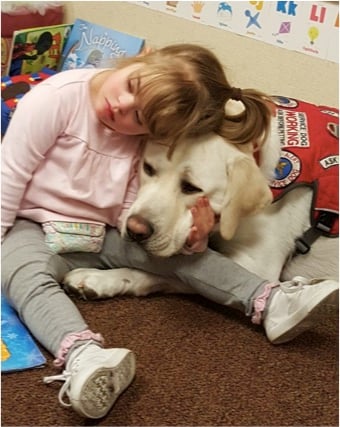 But Sadie’s parents have a pretty good idea what’s behind that “something else” that prompted Hero’s behavior that special day.

“I can’t explain it. It’s a God thing. I think it’s like mother’s intuition. These dogs have abilities and senses beyond our understanding. That’s why we’re thankful to have Hero, he’s the one who saves her more times than not,” said Sadie’s dad. 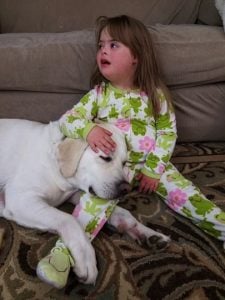 And there’s no question that along with Hero’s special talent, God also gave him a special purpose.

“I’ve always called Sadie our little angel, and I think Hero was a little angel sent into our lives to watch over her,” dad said.

When this baby was left to die, God sent an unlikely angel to his rescue! 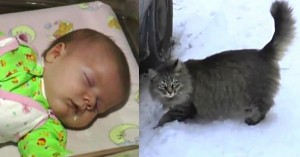