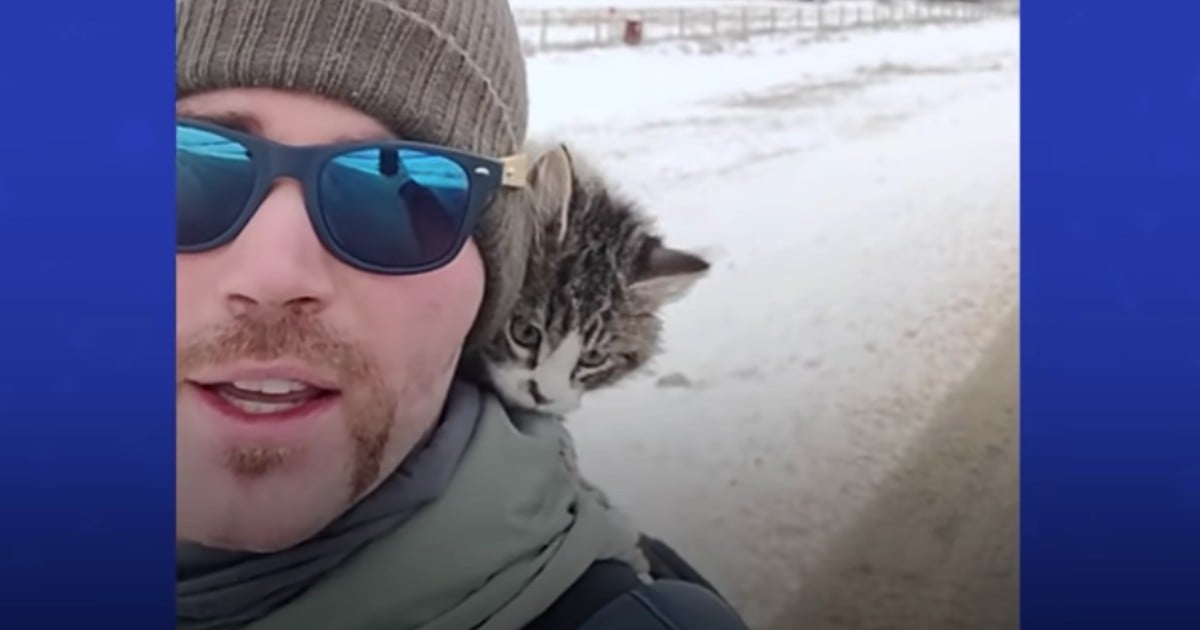 A kitten and police officer are the most unlikely pair to end up as partners fighting crime, don't you think? This story is pawsitively the best as a police officer gets the cutest new ‘partner' after a fuzzy streak runs under his police car.

Typically, when officers use animals in the force, they are of the canine family. After all, dogs are big, fierce, and they can tackle a suspect.

Cats, on the other hand, might hiss but they're pretty easy to run away from…except for the stray of this story!

Officer McDermott of Kentucky's Louisville Metro Police Department was on patrol when he encountered a ‘cat burglar' who decided to take up residence under his car.

When he saw the little ball of fluff streak under his patrol car, Officer McDermott knew he would need to get it out so it wasn't harmed when he pulled away from the curb. But this little ball of fluff wasn't about to budge. She felt safe under that patrol car and there was just something about the police officer the kitten liked.

RELATED: A Cop Rescued An Abandoned Kitten And The 2 Make The Cutest Partners

Luckily, the officer happens to be a fellow animal lover and had a few tricks up his sleeve. He decided to lure the stray out with a piece of cheese. After all, food is the love language of all species. What says, "Let's be friends" better than sharing a meal?

The poor little thing was starving and she definitely needed a good bite to eat. She came out from underneath the car and purred her way into Officer McDermott's heart. The kitten and police officer hit it off so well that Officer McDermott decided to give her the best furry tail ending, by giving her a forever home.

The officer took her home to meet her other family members. And that which happens to include two dogs, two cats, two snakes, and a bearded dragon. This sweet stray also was named Banshee and it's the perfect ending for her to have a happy forever home.

YOU MAY ALSO LIKE: Hiker Stumbles Upon a Tiny Kitten in the Freezing Cold and Gives Him the Happiest Ending

"One who has unreliable friends soon comes to ruin, but there is a friend who sticks closer than a brother." Proverbs 18:24