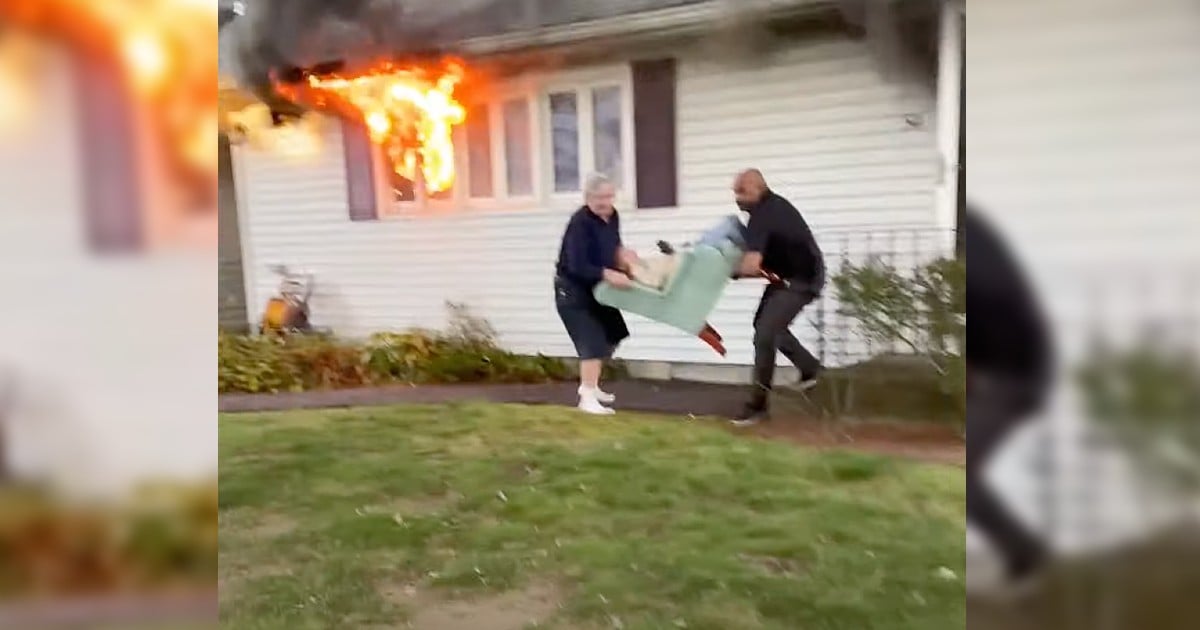 Lifeboat volunteers rarely have dull moments. Most of the time, it's like what you see in the movies, the second the pager goes off, these men and women are off and running to save lives no matter what is going on in their lives, just like this story!

Lifeboat volunteers' pages go off at a wedding, and they must dash out to save six people. But the bride and groom Ashley and Cheryl Whitcomb are used to that sort of thing.

Ashley has been a lifeboat volunteer for several years. And most of his friends at the wedding make up one of the many crews that volunteer to put their lives on the line every day.

As much as we try to plan and execute the perfect wedding that goes off without a hitch, nearly every couple has some sort of story to share. But for Ashley and Cheryl, they almost expected their wedding hiccup.

Several of the crew members were not only a part of the wedding, they also created a special moment as they gathered and created an arch for the newlyweds to walk through for photos when the pagers went off.

RELATED: Groom Breaks Away From Wedding Shoot To Save Drowning Boy

The lifeboat volunteers dashed out of the wedding and arrived on the scene in seven minutes to rescue three adults and three children who had become stranded while paddleboarding southwest of Devon near Ilfracombe.

The family found themselves stranded on a small beach and couldn't break past the waves. Miraculously, none of the paddleboarders had any injuries. They were merely tired, cold, and wet. Thankfully, the lifeboat volunteers arrived just in the nick of time. Otherwise, it could have been a very different story.

Those at the wedding were grateful for the lifeboat crew member's willingness to help despite the extra excitement. Wedding photographer Becky Payne said, "They'd literally just got married. We went outside and just after we took a couple of pictures they had to run. It was pretty exciting."

Royal National Lifeboat Institution lifeboatman Leigh Hanks commented, "It's not the first time the pagers have gone off at a crew wedding, and I'm sure it won't be the last." She hopes it didn't disrupt their special day. But she also knows as lifeboat volunteers this kind of chaos is nothing new. One thing is for sure, this couple will have an extra special story to tell their friends, family, and grandkids for years to come about their special day.

YOU MAY ALSO LIKE: God Put Scuba Diver in Right Place at Right Time After Wedding Ring Falls In Water