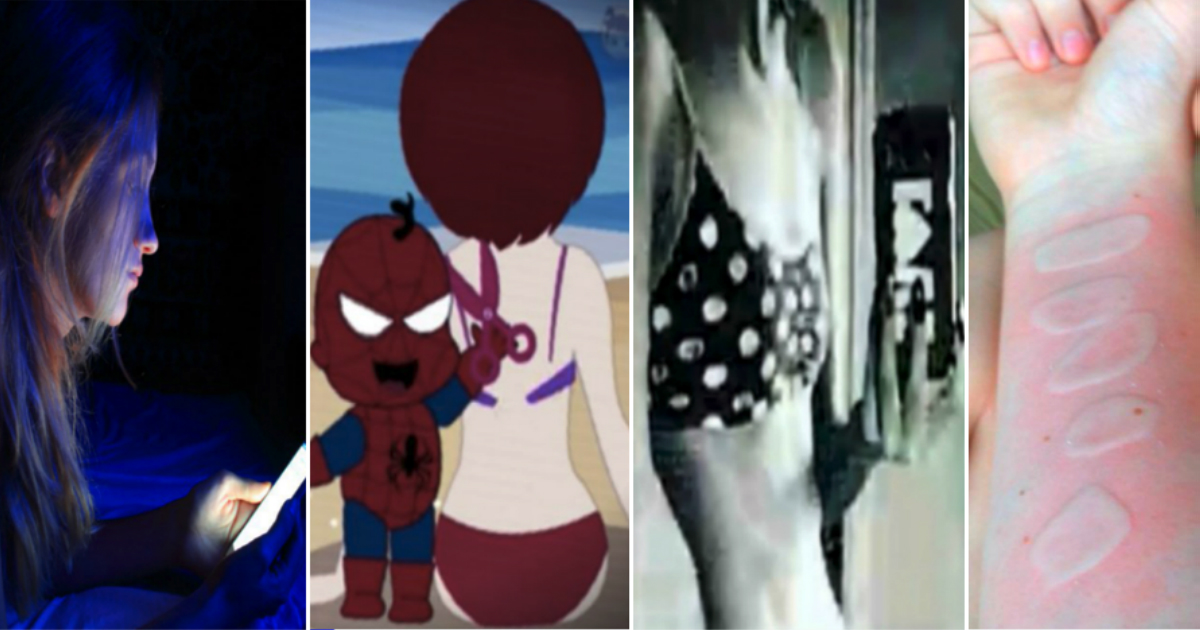 8 Dangers Of The Internet Threatening Kids Every Day
Read Article »

When that tickle in the nose says a sneeze is on its way, some folks do all they can to hold it in. But doctors are advising against this after a man holding in a sneeze wound up rupturing his throat!

There are lots of people who just don’t like letting their sneezes out. You may even be one of those people. But a report from the medical journal BMJ Case Reports chronicles a British man who stifled a whopper of a sneeze with disastrous consequences.

RELATED: Doctors Made A Strange Discover When Woman Felt A ‘Ball Rolling Around Inside Her’

Doctors describe the 34-year-old unidentified man as “previously fit and well.” But when a particularly powerful sneeze started building, he pinched his nose and tightly clamped his mouth shut.

While he succeeded in stifling the sneeze, it wasn’t long before he realized something was wrong.

Man Holding In A Sneeze Winds Up In The Hospital

There was a change in the man’s voice and pain followed each swallowed. His neck had swollen. And each time he moved it, there was a bizarre popping and crackling.

The man headed to the hospital, where X-rays revealed that by holding in a sneeze, the man had actually blown a small hole in his throat. 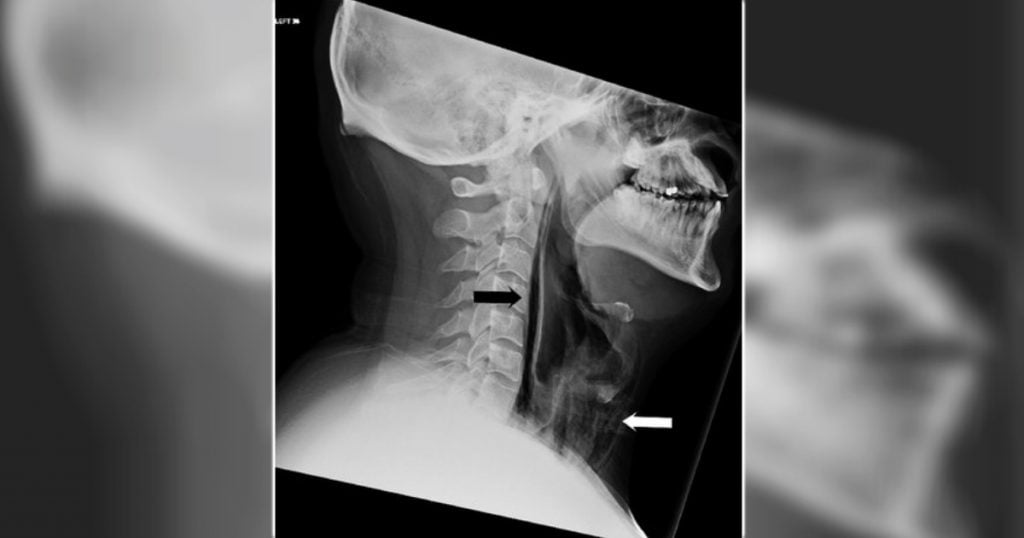 Streaks of air were getting through the hole and embedding air bubbles into the soft tissue of his neck. This caused the odd crackling and popping.

“Luckily, it was a very small perforation. He didn’t need any operation,” said Dr. Wanding Yang, who helped author the report about this bizarre medical problem.”

Doctors treated the man with antibiotics and put him on a feeding tube for a week. Thankfully, after two weeks, his throat healed up and he was able to go back home.

Doctors Warn Against Holding In A Sneeze

This type of injury isn’t exactly common — the man had been holding in sneezes for 30 years, figuring it was more hygienic than letting them out. But sneezing is actually one of the body’s protective reflexes. It happens when some type of irritant gets into the nose. Air pressure builds up in the lungs, then shoots out of the nasal cavity forcefully to get rid of the irritant.

“It’s powerful,” allergist Eli Meltzer said to NPR. “We actually blow out the sneeze at 40 mph. The discharge can go 20 feet. And it’s said that 40,000 droplets can come out when you spritz with the mouth and the nose when you sneeze.”

So, it’s really best to let the pressure out, rather than try holding it in. While the damage done to this man falls on the more extreme side, doctors have found holding in a sneeze can lead to sinus problems, middle and inner ear damage, ear infections, and even a ruptured eardrum.

Of course, it’s rather poor manners to let the contents of your sneeze go everywhere! So, be sure to sneeze into a tissue or the crook of your arm. But don’t try holding it in. As the report states:

“Halting sneeze via blocking nostrils and mouth is a dangerous maneuver. It should be avoided, as it may lead to numerous complications.”

Turns out, my grandad’s old saying is true — “better out than in!”

YOU MAY ALSO LIKE: Parents Warn Of Rare Disease Caused By Strep That Doctors Often Miss