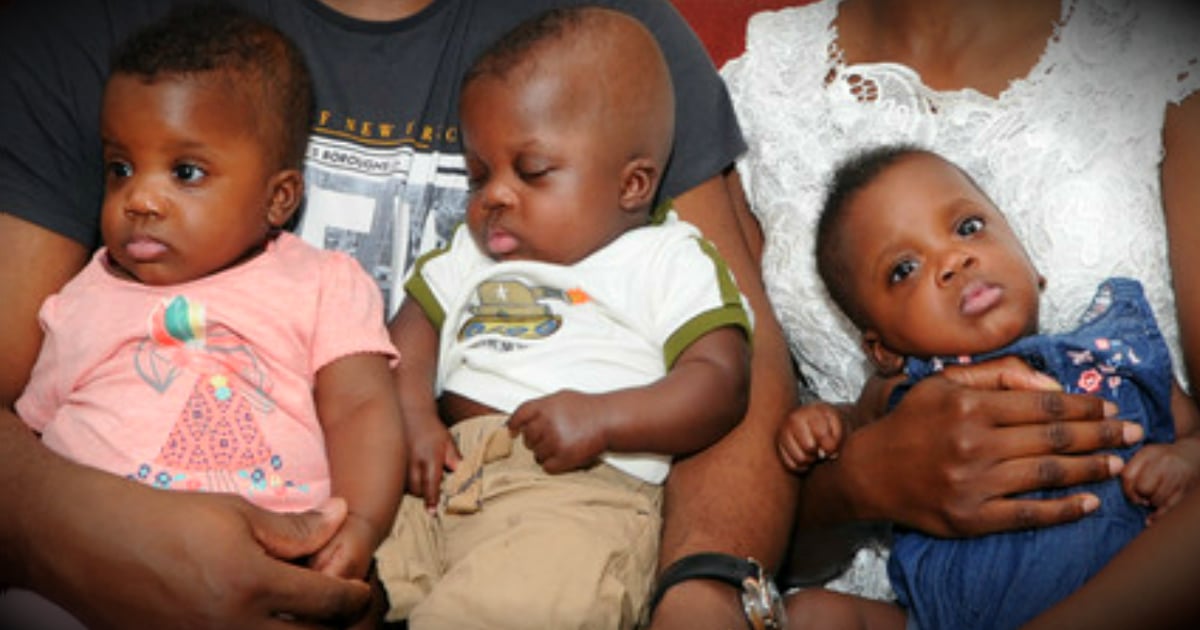 One of the miracles of pregnancy is feeling your baby kicking and moving around. There’s nothing quite like it. Excited mom-to-be Emily Eekhoff paid particular attention to her baby’s movements. She even counted her unborn baby’s kicks each day using an app on her cellphone. And it wound up saving her little one’s life!

Emily Eekhof couldn’t wait to meet her little miracle. As soon as she entered the third trimester of her pregnancy at 28 weeks, she started using an app to count her unborn baby’s kicks.

Experts say that feeling around 10 kicks every hour or two is a good sign. And so, using the Count the Kicks app, Emily started keeping track.

"I knew that the movement was important," she said. "It indicated that the baby was alive and doing well, so it was reassuring to know that everything was OK when I reached the 10 several times a day. It was peace of mind."

All was going well until Emily hit 33 weeks into the pregnancy. All of a sudden, her little girl wasn’t nearly as active. It’s something she may not have noticed if she hadn’t gotten into the habit of tracking her unborn baby’s kicks.

"I was aware just of how much she usually moved during the day with the app’s help," Emily explained. "The kicks were not happening as frequently as they usually did and when she did move, it was really, like, soft, subtle, not, like, hard kicks like normal."

Worried, Emily headed to the hospital. There, tests showed Emily’s baby’s heartbeat as normal, but confirmed she wasn’t moving around.

“We knew the baby was in trouble and we alerted the obstetric emergency doctor and advised him to get the baby delivered,” said Medical Director Neil Mandsager.

They rushed Emily into an emergency c-section. And thank God they did! 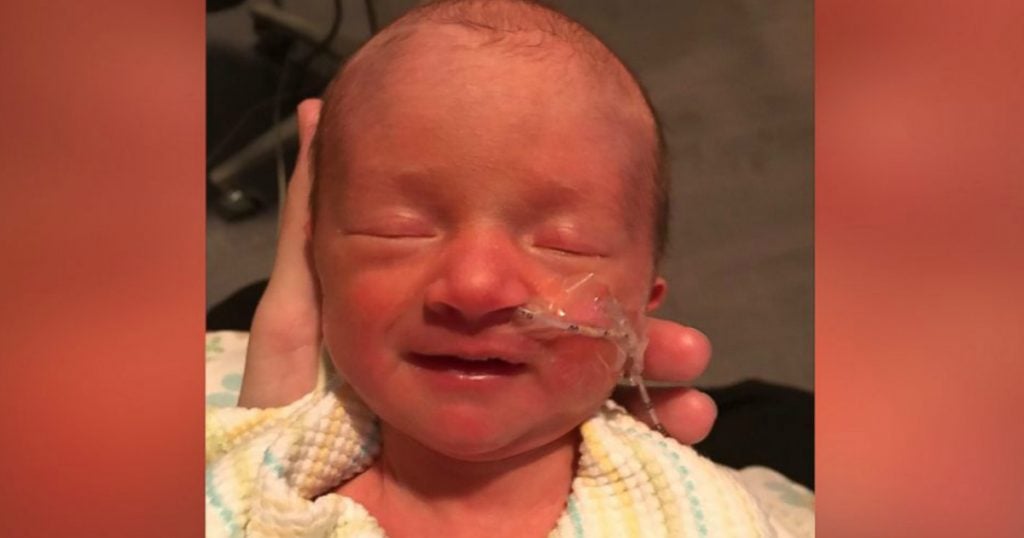 "This most likely would have resulted in stillbirth at some point,” Neil said. "She saved her baby's life by paying attention to her baby's activity."

Ruby, who was 4 pounds, 3 ounces, spent 10 days in the NICU, but is otherwise a perfectly happy and healthy baby. And Emily is fully aware there could have been a very different outcome.

"The app helped me to know her patterns of movement so when the pattern changed, I knew something was wrong, which did save her life," she said. "Because I might have waited longer had I not known her patterns or been using the app, and that could’ve been too late." 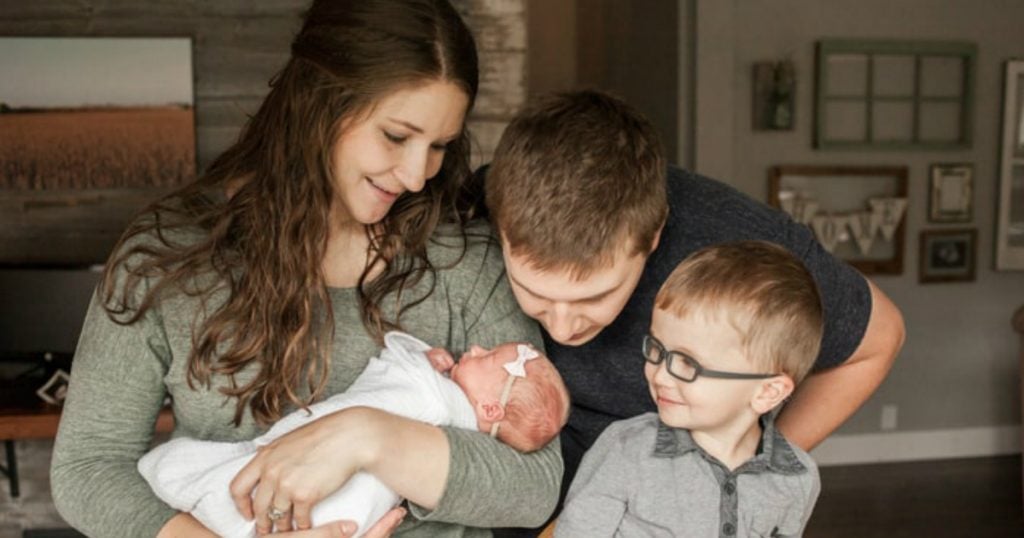 Emily is hoping her story will encourage other moms to keep track of their unborn baby’s kicks to help avoid stillbirths.

RELATED: Grieving Parents Share Photos Of Their Baby Who Died At Birth

In fact, that’s exactly how the Count the Kicks app got started. Five moms created the app after each lost a daughter to stillbirth or infant death. And while the app is helpful, pen and paper will work just as well. The important thing is to monitor your baby’s activity levels.

"It's not how you do it, it's the fact that you do it on a consistent basis and you respond once you identify decreased activity," he said. "What I tell patients is, if they feel like the baby is not moving in the same pattern they have noticed over the weeks they've been counting, they should give us a call."

Be sure to share this stories with any moms-to-be so they know the importance of counting kicks!

YOU MAY ALSO LIKE: Mom Wouldn't Give Up On Her Baby, Drinking 3 Gallons Of Water A Day 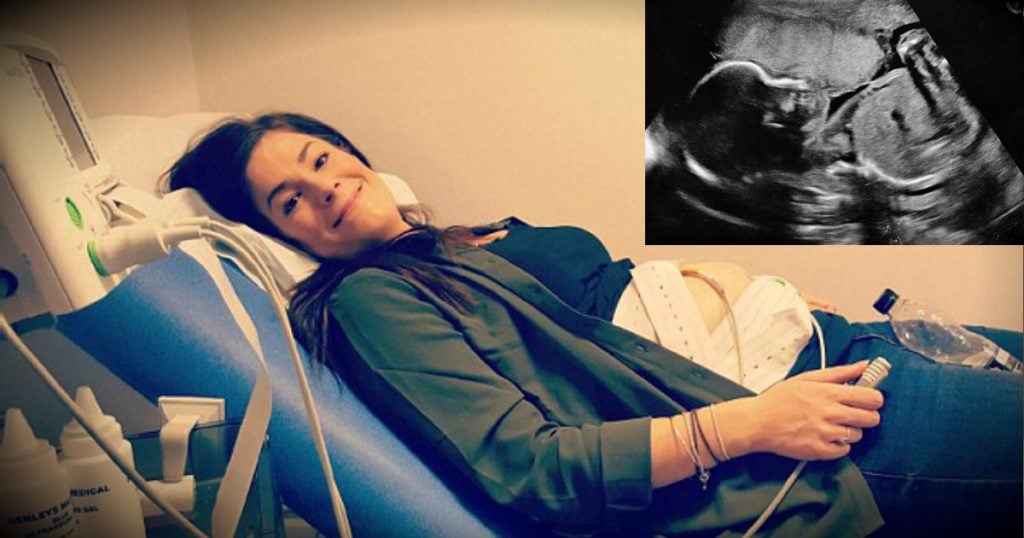