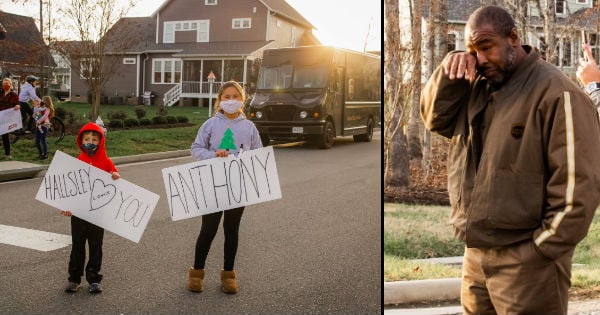 Daughter who thought she'd ‘never have kids' gives birth just weeks after her mother is surrogate for daughter.

What an unconventional and incredible way to have children! That's what most would say and that's what Lisa Rutherford felt, too about having her own mom carry a child for her.

This mother who was a surrogate for daughter remarked, "It wasn't conventional, but they ended up with kids at the end."

Lisa lives in Michigan, and her daughter Kelsi Pierce is in Minnesota. The two have been commuting recently as they celebrate two new lives. One was planned, and the other was a happy surprise.

After believing she would never have kids, Kelsi had her mother act as a surrogate for her only to find out that she was pregnant!

Mother Is Surrogate For Daughter But Then Daughter Gives Birth

Kelsi and her husband Kyle first married in 2016. They had plans to become parents but never envisioned what would end up happening.

Their initial plans for parenthood were dashed with disturbing news from the doctor. Kelsi's tubes were blocked and her ovarian reserve was very low.

The couple went through a number of processes to alleviate the issue including in vitro fertilization (IVF).

"I was like, ‘I will try anything. You give me something and you tell me it would take five years off the end of my life, I don't care. I want a baby. I would do anything,'" Kelsi admitted.

"We were just desperate."

Within the three years of infertility problems, Lisa had pitched the surrogate idea.

"She was like, ‘Oh my god, I would so do that for you guys,'" Kelsi said about her mother.

"But where we were at mentally, we were like, ‘You'll never have to do that. This will work, my body's going to respond to the meds eventually. You don't need to put your body through that at this age'... Not that we didn't take it seriously, but we didn't think it would ever come to that."

Parents Get Two Babies After Suffering With Infertility

Kelsi and Kyle continued with the medical route until being informed that they had exhausted all their options. This took them to a dark place, but there was light at the end of the tunnel.

Lisa's offer was still there.

In December of 2019 Lisa prepared to have a child at her age, and by February was expecting. Well, good news didn't stop there. Kelsi, checking for pregnancy out of habit discovered in March that she was pregnant too.

I never thought I'd ever get to say these words but..I'M PREGNANT!! People always say "It's when you stop trying.." but…

"I said, ‘Well, maybe this is God's way of letting them have two children,'" Lisa shared.

"Because the odds of her having another one are very, very slim. So I was excited! I was just elated that they could end up having two kids."

YOU MAY ALSO LIKE: A Billy Graham Speech About Change Becomes Even More Powerful Today

"It's exciting because they had wanted kids, and it's been such a long journey."

"It's exciting seeing how good of parents they are."

WATCH: Mother Is Surrogate For Daughter