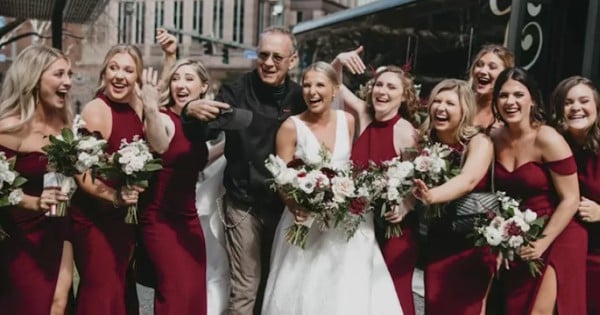 NBC News reporter for Montana, Deion Broxton, was all set to shoot his segment. But then he spotted a herd of bison heading his way. And his hilarious reaction is just the laugh I needed today!

Deion Broxton was at Yellowstone National Park in Montana to film a news segment. He had his camera all set up and his microphone ready when something unexpected happened.

RELATED: News Reporter Hilariously Falls In The Pool During Interview

No sooner than the NBC News reporter started filming, he noticed a herd of bison headed in his direction. And his reaction is just so good!

As Deion cut his eyes to the approaching bison, he could have tried to continue with his report. But his facial expressions said it all, well before his mouth did!

“Oh no, I ain’t messing with you,” he remarks before striding off camera.

There was a herd of bison walking right toward me at @YellowstoneNPS today! pic.twitter.com/sdrBvojpwF

Deion grabs his camera and heads directly for the safety of his car. Which, by the way, is exactly what the Yellowstone National Park officials recommend.

Once the NBC News reporter shared the hilarious video on Twitter, it went viral in no time. With everything going on in the world today, for so many of us, Deion Broxton provided a much-needed laugh.

The NBC News reporter’s funny reaction became so popular online, folks are starting to recognize him from the viral video rather than from his TV job!

I've been in Livingston for less than 15 minutes and I hear:

"Are you the bison guy?"

You saw the tweet, and thanks to our coworkers @NatlParkService we now have a commemorative wildlife safety poster. Thanks again to @DeionNBCMT for the much needed laugh! #YellowstonePledge https://t.co/jOMEWH4EaJ https://t.co/fEVa5yteQP pic.twitter.com/av19pCRZ4q

What a great reminder of how sometimes life’s unexpected moments can bring the most joy!

YOU MAY ALSO LIKE: Bird Lands On News Reporter's Head On Live TV

Also, after getting himself to a safe distance, NBC News Reporter Deion Broxton did end up sharing a pretty cool video of the bison, too. And it certainly captures the beauty of God’s creation.

Here’s the video of the bison I shot once I got a safe distance away lol pic.twitter.com/uL3XiR2ISR