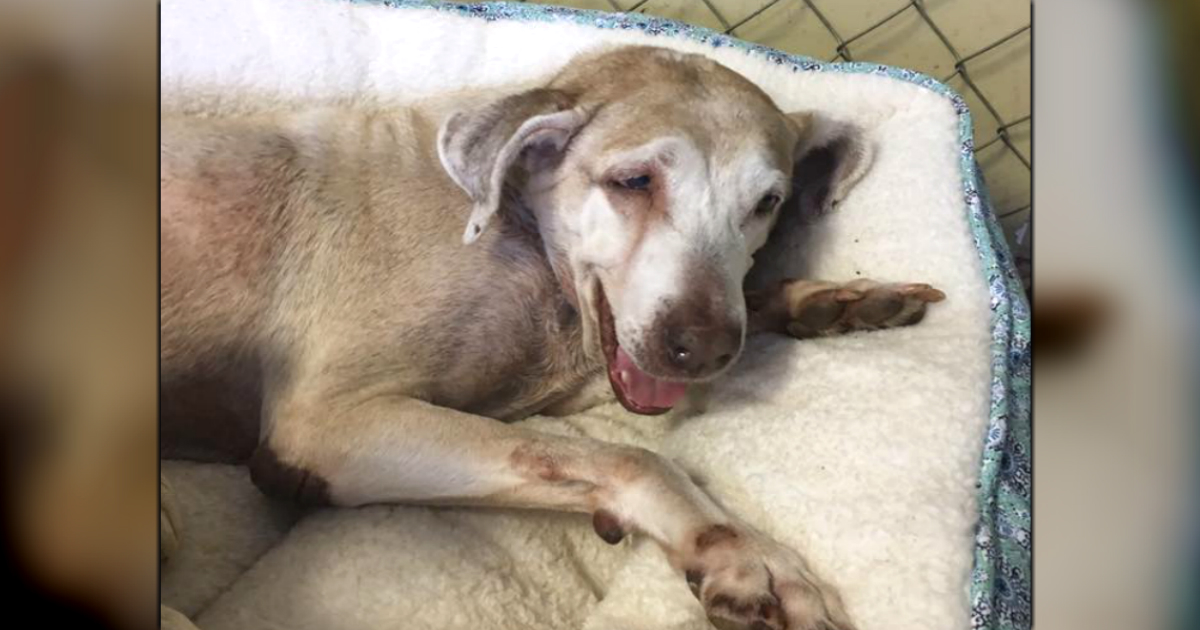 A gorgeous estate looked perfect from the outside. But rescuers from the Humane Society uncovered a horrible secret lurking inside. Their raid helped bust a New Hampshire Mansion puppy mill and saved 84 Great Danes from truly horrible living conditions.

This story proves just why you should never judge a book by its cover. Looks can be deceiving! Anyone viewing the beautiful exterior of a stunning New Hampshire mansion would never expect the dark secret hiding inside.

The huge home should have provided a lavish lifestyle for the animals that lived there. But an animal rescue team from the Humane Society of the United States found the opposite to be true when they raided the dwelling in June 2017. 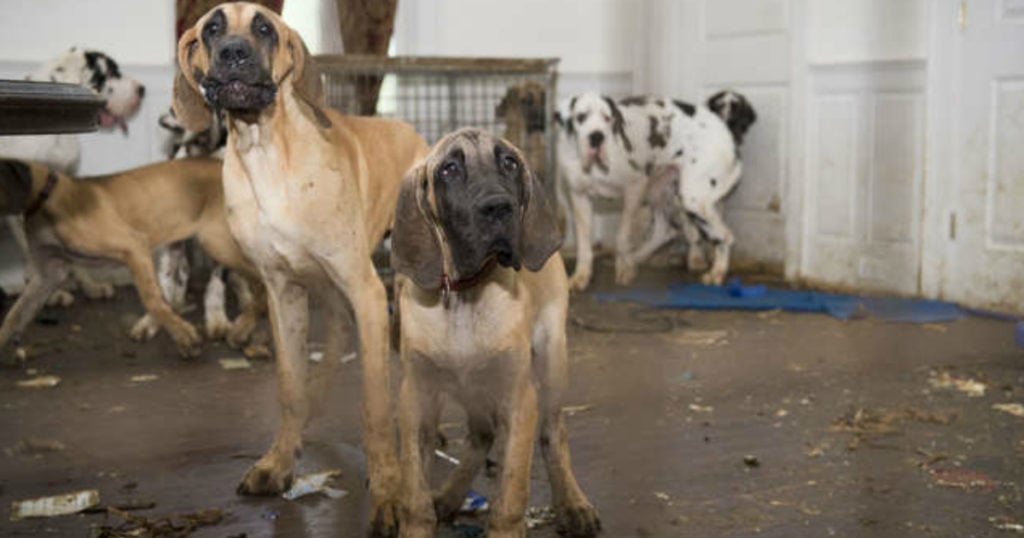 "They told me that the first thing that hit them was an overpowering rancid and putrid smell, with ammonia levels so high in some rooms that the rescuers' eyes teared up," Wayne Pacelle, the CEO of the Humane Society at the time reported. "There were feces and debris smeared across all the walls to the point where the windows were opaque."

Rather than living in luxury, 84 Great Dane dogs experienced the worst of what life had to offer. The owner was running a puppy mill, breeding and selling dogs purely for profit. Rescuers found that the animals’ well-being was the least of the owner’s concern.

Some of the large dogs roamed freely, while the owner crammed others into cages. The only food found was raw pieces of chicken scattered across the floors and there was no water provided for the dogs. Most of the Great Danes suffered infections from the horrendous living conditions and were underweight.

According to rescuers, these gentle giants looked “sad and broken.” As volunteers removed the dogs from their nightmarish residence, rescuers found two Great Danes, including a senior dog named Wanda, imprisoned in the owner’s bedroom. 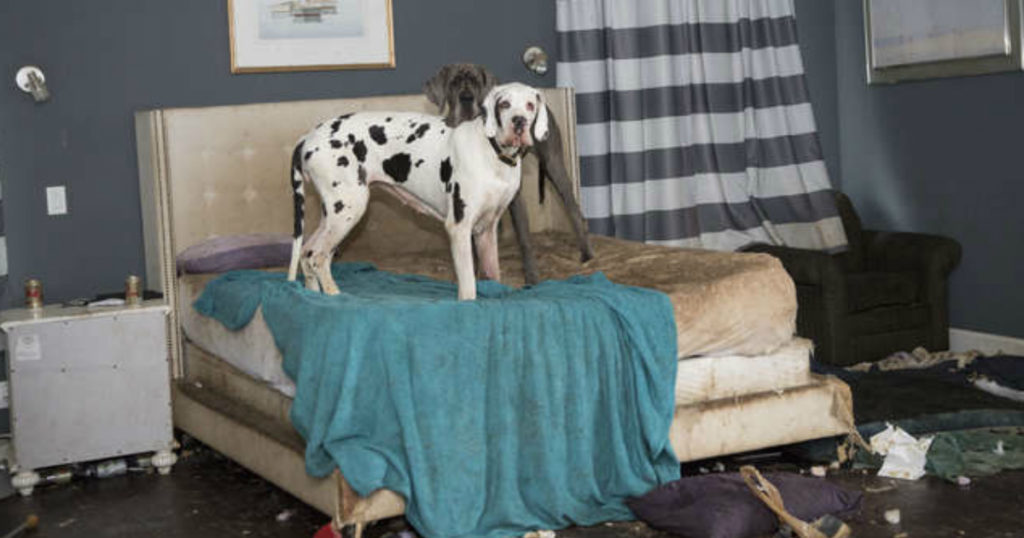 Wanda cowered behind the other dog at first. But once Wanda realized the rescuers were there to help, her whole demeanor changed.

"She was one of the only dogs who was instantly in your face like, ‘Give me kisses, just love on me, I just want affection,'" Humane Society rescuer Morgan said. "She was a very, very social dog.”

A Special Angel For Wanda

Relocated to a private and safe shelter, the Humane Society rescuers cared for the Great Danes as the legal battle played out in court. Justice was served and the New Hampshire mansion puppy mill owner was eventually convicted of 10 counts of animal cruelty.

Morgan was one of the Humane Society workers helping to take care of the rescued dogs and quickly formed a special bond with Wanda.

Morgan hesitated at first. Her husband was preparing for a liver transplant and she would surely have her hands full with his recovery. But she couldn’t deny her love for Wanda.

“Wanda was always one of the more social ones - just so sweet, and literally loved everyone that she met," Morgan explained.

Already having two dogs and a cat at home, plus a husband on the mend, adopting Wanda may not have seemed like the most logical choice. But matters of the heart rarely make sense. Morgan felt called to officially make Wanda part of the family.

And this is clearly right where God wanted the mistreated Great Dane!

"It was probably one of the best decisions I've ever made," Morgan said. 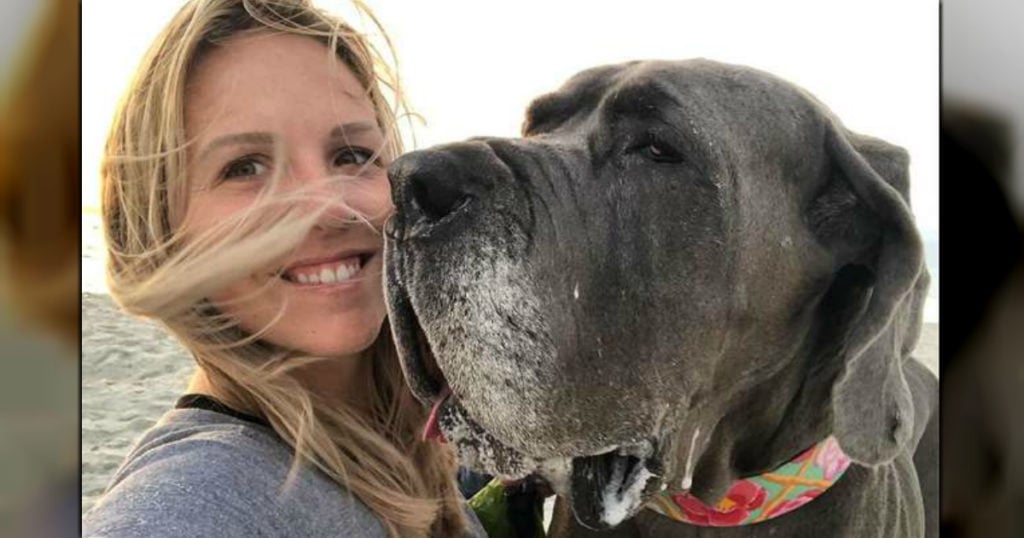 Giving Wanda a loving home was truly a blessing to the Senior Great Dane used to horrendous living conditions. But as is often the case with rescue dogs, Wanda was just as much a blessing to Morgan and her family.

Wanda is so incredibly grateful for her rescue from the New Hampshire mansion puppy mill, she takes every chance she gets to be by her new mama’s side.

"I can't walk 5 feet in the house without her right behind me," Morgan said. "She crams herself in the bathroom with me ... and whatever chair I'm sitting on, she figures out how to MacGyver herself into the chair with me. She can't sleep without her head being on my chest."

And Wanda made herself useful during Morgan’s husband’s transplant recovery, playing the part of attentive Great Dane nurse to a T!

"She has to be right next to him with her head on his lap, just watching him and seeing what's going on," Morgan said. "She'll kind of move herself so that she's in front of him so that nobody bounces into him. I don't know how she knows, but she just knows."

Since becoming a part of Morgan’s family, Wanda has thrived. The formerly picky eater now has no qualms with food. Her coat is now shiny and healthy and Morgan describes Wanda as “so confident and happy.” 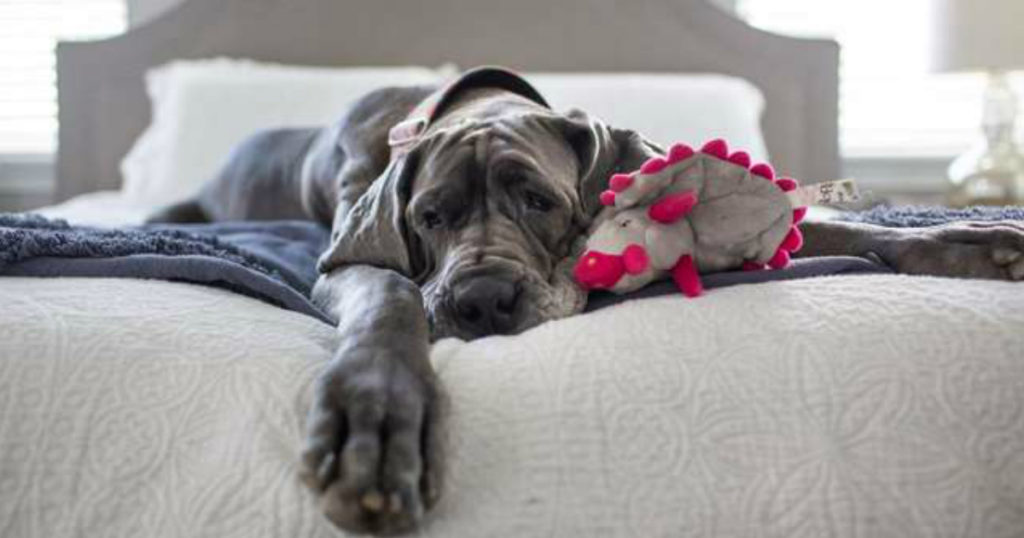 But Wanda’s not the only one flourishing from the arrangement. Morgan, who’s never put much stock in the notion of soulmates, thinks the fur-angel Wanda just might be hers.

“I literally spend my whole life caring for animals, and I don’t think I loved an animal on Earth as much as I love her. She's the best," Morgan said.

Thank God the Humane Society uncovered the horrible secret of the New Hampshire mansion puppy mill. And Wanda’s amazing happy ending is a beautiful reminder of why adopting a rescue dog is such a rewarding cause!

YOU MAY ALSO LIKE: Overlooked Shelter Pup Desperately Waits 7 Years For Forever Home