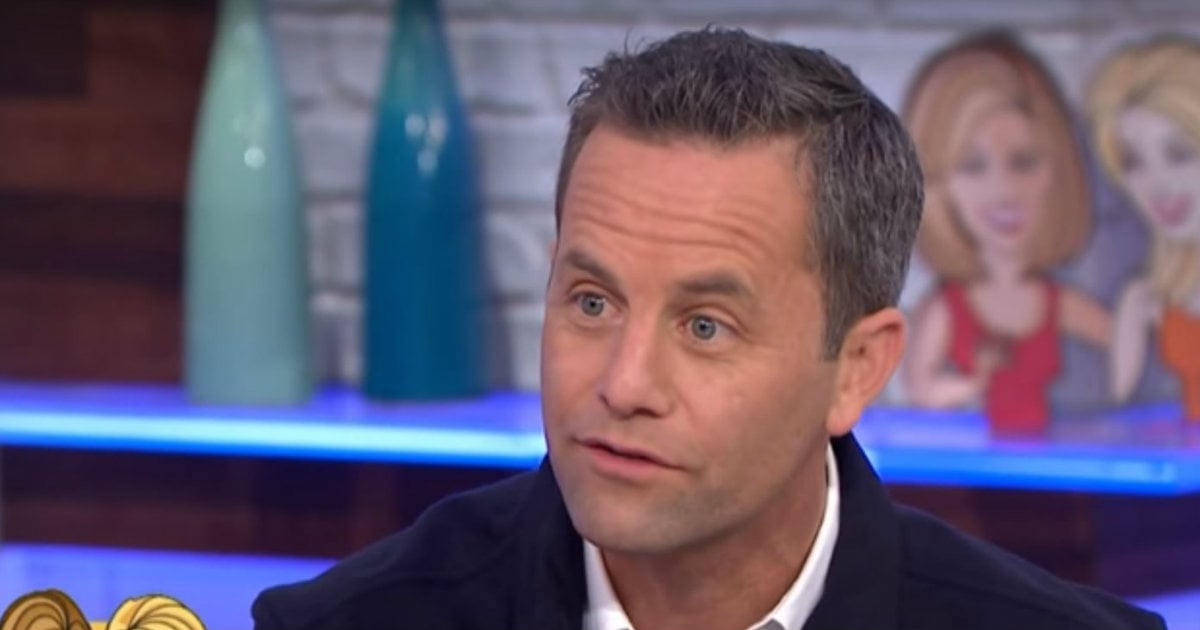 On February 21, 2018, Billy Graham breathed his last breath on earth and his first in Heaven. And when the world laid to rest “America’s Pastor,” there were loads of notable moments from Billy Graham’s funeral. All pointed to the same thing: Billy Graham was the real deal, a true man of God!

On March 2, 2018, thousands showed up in North Carolina for a service, dubbed the “last crusade,” honoring the late Billy Graham. He was a man who spent his life living and preaching the Gospel. As Billy’s son, Franklin Graham, put it, “my father followed Jesus all the way to heaven."

Here are 5 notable moments from Billy Graham’s funeral and the emotional celebration of a life well lived!

As a faithful Christian, Billy had no fear of death. In fact, he helped plan his funeral with his family a decade ago.

“His fingerprints are on this service for sure,” family spokesman Mark DeMoss said. “The Graham family has long considered that his funeral eventually would really be his last crusade.”

At such a high-profile funeral, you might expect to see a very ornate (and expensive) casket. But Billy’s simple coffin is a unique touch that speaks to his humility. And it stands out as one of the notable moments from Billy Graham’s funeral.

The pine plywood casket has an inscription burned into its side: “Handcrafted by Richard Liggett, Paul Krolowitz, Clifford Bowman.” But who are Richard, Paul, and Clifford?

Rather than spend money on the finest casket a funeral parlor has to offer, three hardened inmates from a Louisiana State Penitentiary built Billy’s in 2006. It was a gift from Billy’s oldest son, Franklin.

When Franklin visited Angola, the largest maximum security prison in the world, he fell in love with the “simple and natural beauty” of the wooden caskets coming out of the prison’s carpentry workshop. And so, he had them make two for his parents, lined with just a white mattress pad and a wooden cross nailed on top.

“Billy Graham is a simple man who preached a simple message. He must be buried in a simple casket,” said convicted murderer Richard who helped build the casket.

When Franklin presented his parents with the gift, they loved it.

Even Billy’s headstone will have the simple yet fitting phrase: "Preacher of the Gospel of the Lord Jesus Christ."

His grave marker is simple–a field stone etched with these words under a cross:

Billy Graham
Preacher of the Gospel of the Lord Jesus Christ
John 14:6

Billy’s casket will be buried next to his wife in a memorial prayer garden at the Billy Graham Library in Charlotte, NC. 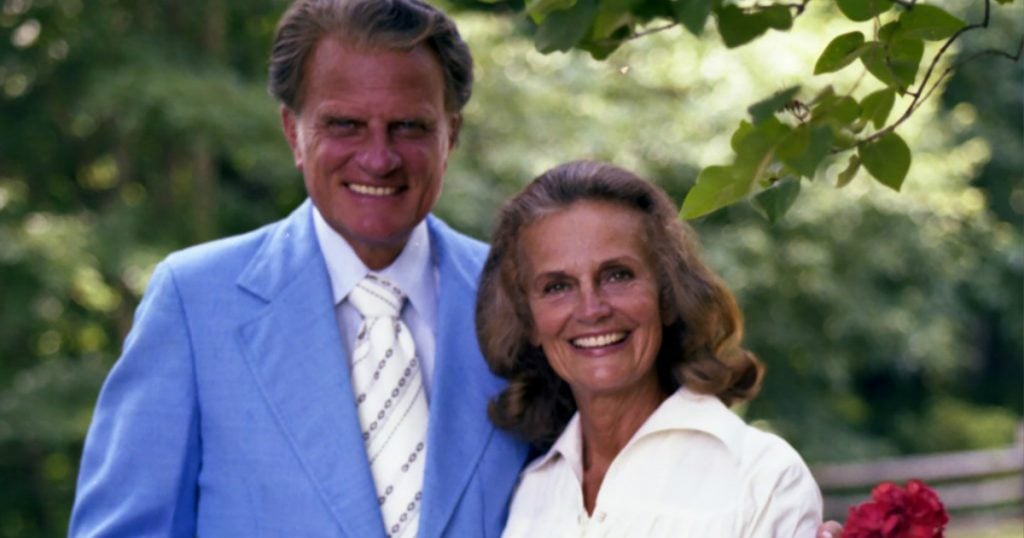 Billy’s son, Franklin, began his eulogy reminiscing over the deep love shared between his parents.

“I cannot remember my father without remembering my mother,” he said. “She loved my father. He loved her. He adored her. She was his soulmate in life.”

Franklin went on to talk about the huge hole his mother’s passing left in Billy’s heart. He recalled how, in his mother’s final days, his parents would just sit and stare into each other’s eyes for hours. Their lives were lived together. And hearing Franklin describe his parents’ oneness makes for an amazing illustration of Ephesians 5:31:

"For this reason, a man will leave his father and mother and be united to his wife, and the two will become one flesh."

Their love story is so beautiful because marriage is meant to reflect God’s love for His people. It’s the reason Satan tries so hard to attack and destroy marriages. What a joy to see the Graham’s love endure! 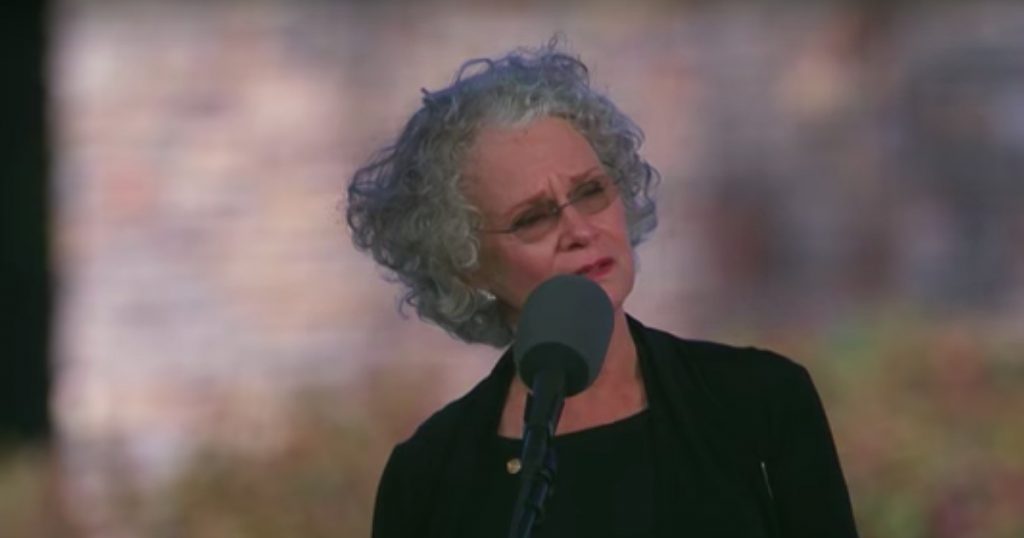 When Billy’s daughter, Ruth, took the stage, it was to share a real-life inspirational story similar to that of The Prodigal Son from the Bible. And her tear-jerker recollection was certainly one of the notable moments from Billy Graham’s funeral!

Ruth found herself “floundering” after her 21-year marriage to the father of her children ended in a messy divorce. Of course, her loving family was there to see her through. She took her family’s advice to move away for a fresh start and went to live near one of her sisters.

It wasn’t too long before the pastor at her local church introduced Ruth Graham to a widower. The relationship took off fast and furious and Ruth ignored all of her family’s pleas to slow things down.

“Being stubborn, willful, and sinful, I married this man on New Year’s Eve,” she says.

She knew immediately she’d made a mistake. And after five weeks of marriage, she fled from her new husband. She was afraid of him.

Feeling like a failure, she expected her family to reject her. She didn’t want to embarrass her father, especially given that her father was Billy Graham. But Ruth knew she had to face them.

She drove for two days to see her parents, fretting all the way. She drove up the mountain to her parents’ home, and as she rounded the bend, there was Billy standing there waiting for her.

“As I got out of the car, he wrapped his arms around me and he said ‘Welcome home.’ There was no shame, there was no blame, there was no condemnation,” Ruth tearfully recalled. “There was just unconditional love. . . My father was not God, but he showed me what God was like that day.”

Ruth’s emotional story is not only a reminder of God’s unconditional love for each of us but also demonstrates how her father didn’t just preach the Bible, he lived it.

While this was Billy’s funeral, there was an obvious effort to keep the focus on Jesus.

"Everyone who spoke was clear in their message. They honored his [Billy’s] wishes by making this less about Billy and more about Jesus," Southern Baptist pastor Jonathan Falwell, son of the late Jerry Falwell Sr., said.

Billy’s obedience in serving the Lord is what’s so admirable. It’s how God was able to use him to do such amazing things.

RELATED: Reba McEntire And Others Express Heartbreak Over Passing Of Billy Graham

Billy wasn’t acting or playing a part, he was simply following God’s call for him.

"He loved his family. . . He left us an enduring legacy: his uncompromising testimony of God's great love."

Looking at Billy’s life, you can clearly see the fruit of the Spirit. Love, joy, faithfulness, self-control — it was all there. He lived for God. And because he did so, death has no power over him. And Billy spent his earthly life trying to lead others to that kind of assurance. It was no different at his funeral.

“If this were your funeral, would you be in Heaven?” Franklin asked the crowd.

Franklin went on to honor his father by calling all attending or watching to repent and accept Jesus into their hearts, complete with the grace and forgiveness that comes with doing so. Because the Good News is proclaimed in John 3:16, a verse Franklin said his father included in just about every sermon he ever preached.

“For God so loved the world, that he gave his only begotten Son, that whosoever believeth in him should not perish, but have everlasting life.” John 3:16

Billy wanted his death to point to Jesus, just like his life. Rather than mourn, Billy wanted his funeral to be a celebration. Billy’s race is over and he is finally home!

“My home is in Heaven. I'm just traveling through this world.” ~Billy Graham

RELATED: Musicians Thank Billy Graham In A Song Of Gratitude

And so, the songs Billy chose for his funeral give all glory to God, triumphing in the rewards that await Billy and all who give their souls to Jesus! Here are the 6 songs Billy selected:

1. “Until Then” (Stuart Hamblen, 1958) — performed by Gospel singer Linda McCrary-Fisher

Jason Crabb – Until Then [Live] from jason-crabb on GodTube.

“All hail the pow'r of Jesus' Name!
Let angels prostrate fall;
Bring forth the royal diadem,
And crown Him Lord of all!”

Michael W. Smith – Above All (Live) from 2nafish on GodTube.

4. "Because He Lives" (Bill and Gloria Gaither, 1970) — performed by the Gaither Vocal Band

“God sent His son, they called Him Jesus
He came to love, heal and forgive
He lived and died to buy my pardon
An empty grave is there to prove my savior lives”

“Amazing grace! How sweet the sound
That saved a wretch like me!
I once was lost, but now am found;
Was blind, but now I see.”

This world will surely miss Billy Graham, but his legacy will live on. And after his 99-year journey of faith here on earth, we rejoice in knowing he is now at home with Jesus!

"My father preached on heaven, told millions how to find heaven, wrote a book on heaven, and now he's in heaven. His journey is complete," said Franklin Graham.

If you’re interested in watching the full service, you can do so with the video below. Be sure to comment on Facebook with any notable moments from Billy Graham’s funeral we may have missed!

YOU MAY ALSO LIKE: How Billy Graham Helped Chip And Joanna Find The Secret To Success