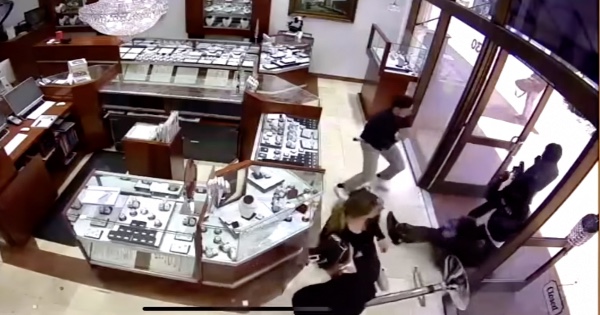 One off-duty firefighter saves the life of a little girl and her mother when he saw that their building was burning down. What a hero!

Stefon Douglas was driving to his house recently when he spotted a house fire in Brooklyn, New York. Even though he was off-duty, this firefighter knew that he had to jump into action to help out where he could.

He was only wearing shorts and a t-shirt, plus a pair of Crocs on his feet. But he had a breathing apparatus in his truck that he had used earlier in the week for a presentation to students. He grabbed it and used it to enter the burning building.

Once he was inside, Stefon heard a whimper that led him to a little 3-year-old girl who was trapped in the bathroom by flames. He was able to get her out of the fire and bring her to safety before going back to rescue the little girl's mother.

"Thankfully I had the breathing apparatus in my truck as there's no way I would have performed the duties I did without that," said Stefon. "I was able to knock down pockets of fire using the garden hose and that's when I heard the girl whimpering inside. I felt the little girl, grabbed her, picked her up and walked straight back out the same way I came."

What an incredible rescue! Stefon shared some reflections about his job and why he loves it so much. "There are definitely some times I sit back and think, why me, why was I picked for this?," he said. "I really knew nothing about the job until I got here but now I love it. It was the best decision of my life."

YOU MAY ALSO LIKE: She Asks For Help With Custom Handmade Quilt For Firefighter Dad's Birthday And Goes Viral

God bless this firefighter and all people in this line of service that put their lives on the line to save the people in their communities!

FDNY Firefighter Stefon Douglas was able to rescue a young child from a fire in Brooklyn this past weekend. Read more: https://t.co/PP4V7oPhbj pic.twitter.com/vw5yokYzqm