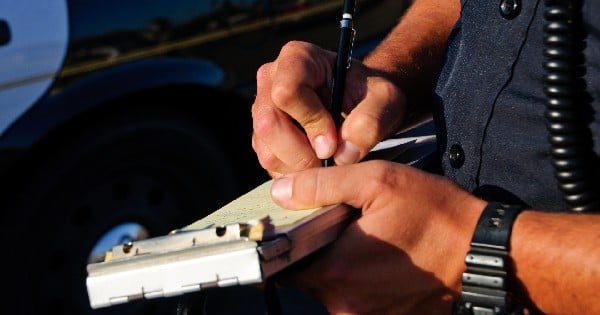 When a Man Was Pulled Over For Reckless Driving He Tried to Get Away With It, But The ‘Ticket’ That He Received Humbled Him.
Read Article »

Like many inspiring movies and books, this short story is fictional. However, the impact that this work will have on its readers is very real. Enjoy!

This is a story about a man called Joseph, who had the misfortune to get caught in a serious flood. The water was rising all around him and was soon up to his knees. He climbed the staircase to the first floor but still the water rose. It wasn’t long before the water was up to his waist and he looked out of the window to see what was happening to his neighbors.

A boat was passing and the occupant shouted, “Hey, Joseph! Quick, climb aboard my boat and I will take you to safety.” Joseph smiled and replied, “Thank you very much, but I have had a word with God and he will take care of me. You use the space on your boat to help others less fortunate than myself.” Soon the boat was out of sight.

The flood would not stop and the water continued to climb. Joseph was forced onto the roof of his home and he surveyed the catastrophe below him.

A helicopter flew over Joseph and a man used his microphone to tell Joseph that worse was yet to come. He threw a rope down to Joseph and cried, “Quick Joseph, climb up while you still have a chance!” Nevertheless, Joseph had been a good man all his life and placed his faith in the Lord, so he declined the offer, requesting that they go in search of other people. “You don’t have to worry about me,” he shouted, “I have spoken with God and he will not let me die.”

The helicopter flew away and the waters rose and rose until finally, it was all over. Joseph was taken from this earth.

As stated earlier, Joseph was a good man, so naturally, he was taken to the pearly gates. On entering heaven he was taken and introduced to God who welcomed him with open arms. But, Joseph was not content and asked God, “I am confused, my Lord. I have been a devout follower my entire life, and never once have I strayed from your chosen path. I believe I was too young to die now. I prayed to you and asked you to save me, but my faith let me down. How could you have been so cruel?”

And the Lord replied, “What do you mean I let you down? I sent you a boat to save you, and a helicopter as well.”