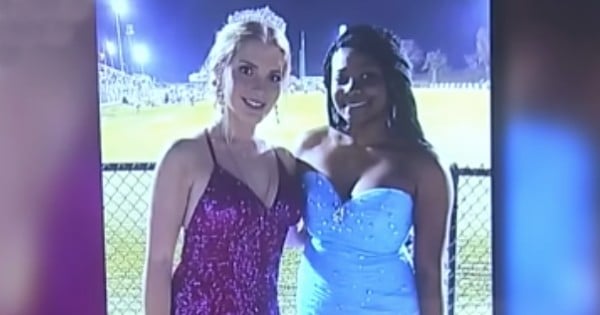 One 81-year-old suffering from dementia got the chance to conduct a symphony orchestra playing his own songs, fulfilling one of his lifelong dreams!

Paul Harvey is a former music teacher and classical pianist. Last year, a video of him improvising a two-minute piece was posted online by his son, Nick. And Paul's song ended up being recorded by the BBC Philharmonic orchestra as a single! The proceeds from the song went to the Alzheimer's Society and Music for Dementia.

Recently, Paul was given the opportunity to conduct the BBC Philharmonic orchestra playing two of his compositions. What a special treat for this music lover!

"It was magical," Paul shared. "It was very, very special to work with such wonderful musicians, it made me feel alive. I couldn't believe that an orchestra was playing my music and I was standing in front of it conducting them. I hadn't conducted in such a long time before this, it was a real thrill."

Nick was able to join his dad while he was conducting the orchestra, and it was an amazing thing for him to witness.

"It moved dad and me and my two brothers beyond compare. It was a dream come true for dad to conduct and play with an orchestra of that caliber as an 81-year-old. It's what dreams are made of," shared Nick.

"It was like an out-of-body experience," Nick continued. "My dad is still reeling. He was having memories of what had happened over the last few days. His short-term memory is generally shot to pieces but when big events like this happen it's like a branding iron on his brain. From my experience with dad, the right piece of music at the right time can be absolutely incredible. You don't have to be a talented musician to enjoy it though. Just listening to music, it starts to trigger memories of the past and gives people that connection."

Grace Meadows, the Campaign Director at Music for Dementia, also shared what it was like to see Paul conducting the orchestra.

"It was magical and moving and wonderful to watch him be in his element," said Grace. "Seeing Paul the musician seeing beyond his diagnosis and have contact with the musicians was a wonderful thing. It was very emotional."

YOU MAY ALSO LIKE: Homecoming Queen Wows Crowd By Immediately Giving Her Crown To Someone Else

Thank God for the healing power that music has on so many of us!

LISTEN: Husband Surprises Wife With Lost Wedding Video On Their 14th Anniversary | Photo Of Dad Sleeping On Hospital Floor Goes Viral For All The Right Reasons