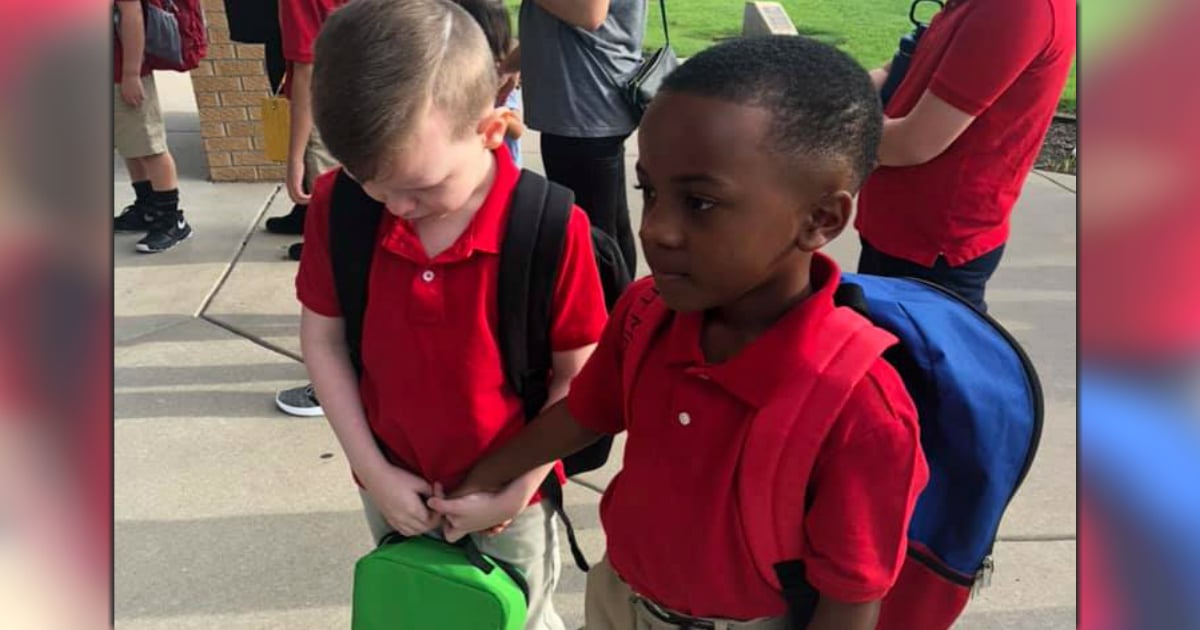 One boy's police officer dad died recently, so other police officers took it upon themselves to show up for the boy on his first day of school. How sweet of them!

During the summer months, Officer Jason Swanger of the Las Vegas Metropolitan Police Department died from Covid-19 complications. And his 9-year-old son, Noah, has been mourning his death since then.

RELATED: Atlanta Police Officer Spots A Barefoot Homeless Man And Has No Idea Cameras Are Rolling

On his first day of fourth grade, Noah wore a white shirt with a tie to signify that he is now the man of the house. He also wore a police badge on his backpack as a way to honor his dad.

Jason had been a police officer for seven years, and the officers in his department knew him to be a wonderful family man as well as dedicated to his job.

“He was known as a devoted father and husband who went the extra mile for people in need and dedicated himself to policing to make a difference in other people’s lives,” said the Las Vegas Metropolitan Police Department.

The police officers from Jason's department wanted to be there for Noah as he started his first school year without his father. As Noah was heading out to go to school, a group of officers met up with him and drove him over to his elementary school. A police escort in honor of his late father – how wonderful is that!

The families of the fallen are not left behind.
Our officers escorted Noah Swanger, 9, to his first day of 4th grade at #SteveSchorrElementary
His dad, Ofc. #JasonSwanger passed away on June 24.
Noah wore a tie today because he's the man of the house now.💔😭 pic.twitter.com/h3DmsovBcQ

“This is his connection to his dad on the police department, so it means a lot to him that they are all here for him,” said Christa Swanger, Noah's mother.

YOU MAY ALSO LIKE: 2 Girls Went Missing in Tennessee but Mobile App for Tracking Location Led Rescuers Right to Them

God bless these officers and may Christa and Noah feel the Lord's presence and love during this difficult time.