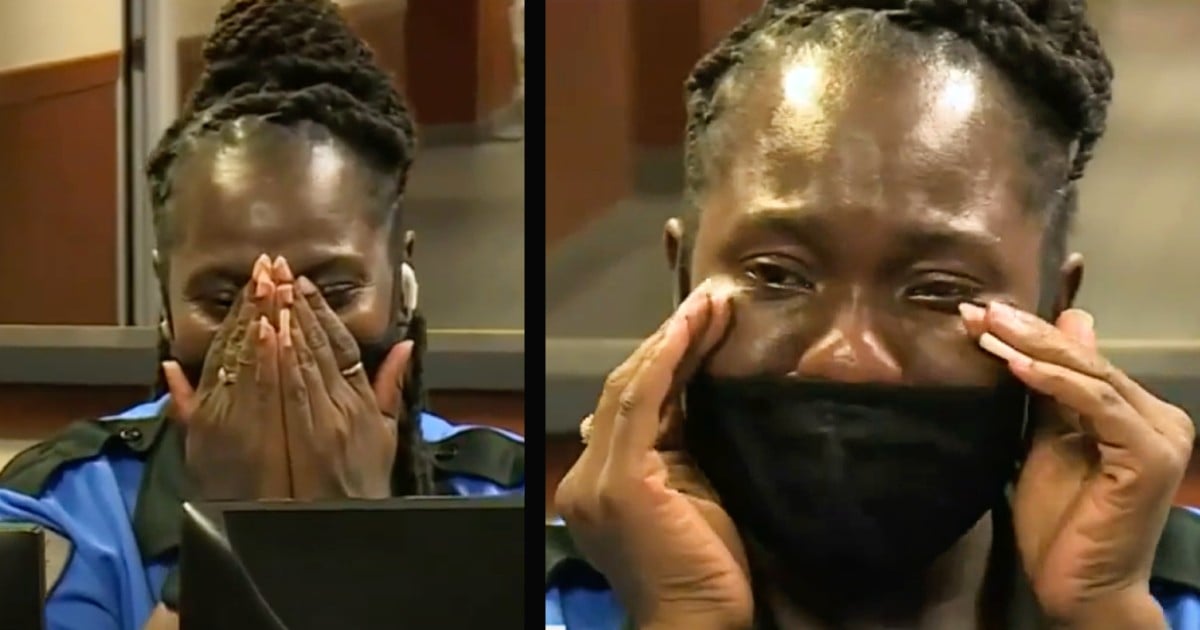 When Atlanta Police Officer S. Thomas spotted a homeless man on the street with no shoes, she was quick to jump into action. What she didn’t know was that someone was recording her act of kindness!

Each one of us can find ways to be the hands and feet of Jesus to those around us. And that’s exactly what Atlanta Police Officer S. Thomas did when she saw a man in need.

RELATED: Homeless Man Stands On The Side Of The Road Begging For Help, Then A Student Pulls Over

Officer Thomas saw a barefoot man on the street, presumably homeless, and asked if he needed shoes. When he said “yes,” the kind officer immediately jumped into action. She went and got a pair of socks and shoes for the man and returned to where she’d encountered him.

Unfortunately, by the time the Officer Thomas returned, the homeless man was gone. But the Atlanta police officer hung on to the socks and shoes and hoped to run into the man again.

Then, one day, Officer Thomas saw the same homeless man wandering the street, still barefoot. Without making too much ado, she dashed to her car, pulled the socks and shoes out of her trunk, and returned to give them to the man.

As she did so, a stranger watching from their vehicle started filming the act of kindness. The Atlanta police officer had no idea she was on camera as she handed the shoes over to the homeless man. So, it came as a complete shock when the video of her kind deed ended up going viral!

When the Atlanta Police Department saw the video on social media, they were the ones to recognize and publicly identify Officer Thomas. She did not have her body camera turned on during the incident. Clearly, the good deed was never about recognition. It came from the bottom of her heart and she never intended for it to go public.

“She simply saw a person with a need that she could fill and did so,” they wrote, applauding her generosity.

Later, in an interview, the Atlanta police officer teared up when explaining why she did what she did.

“I haven’t always been able to give,” Officer Thomas said. “So now that I’m able to, I just like to help.”

What a powerful statement that beautifully exemplifies the heart of a cheerful giver. No matter how big or small an act of kindness may be, when done with a loving and compassionate heart, it can have a huge impact!