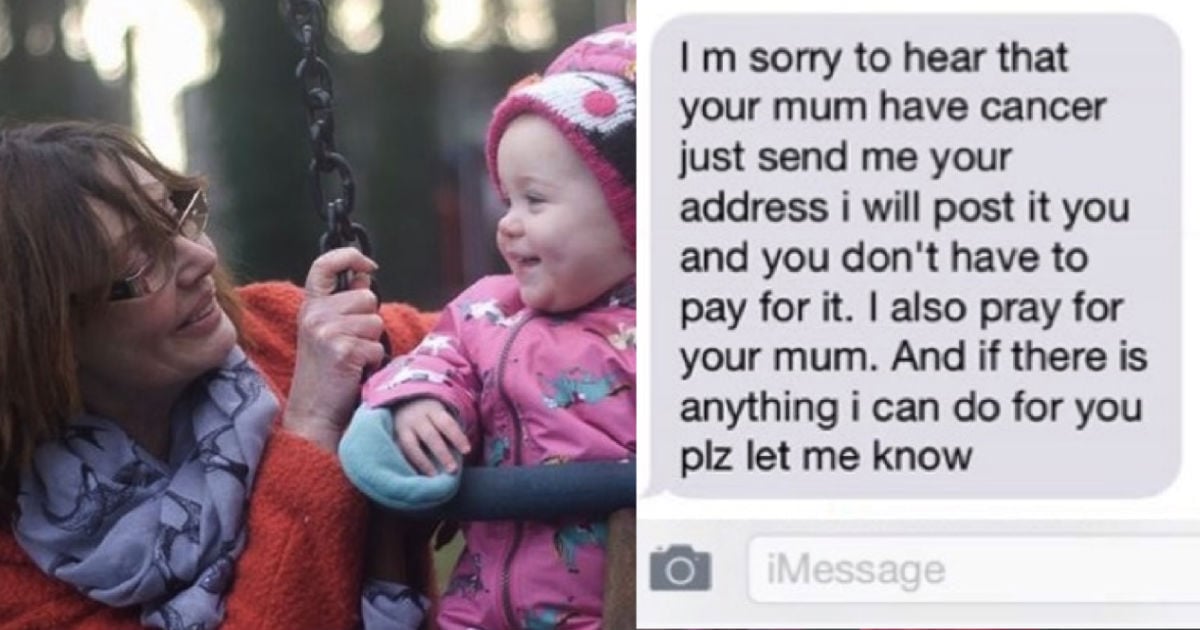 She Was Terribly Sick And Couldn’t Afford Help. Until A Complete Stranger On The Internet Sent Her A Miracle!
Read Article »

As humans, our eyes can't help but to notice differences, especially those that are physical. And somewhere along the lines "different" began to take on a negative connotation. But God made each of us to look and be just who we are. Each part of us has a purpose — even the things that we consider imperfections.

That really shows in the following story by Roger Dean Kiser called The Pretty One, where a little puppy is born different from the rest of the litter. This little guy had a cleft-palate, and because he was different, his own mother pushed him away. But God had a very special purpose for this little puppy that I never saw coming!

Read on to hear just what that purpose was...

This was the last litter of puppies we were going to allow our Cocker Spaniel to have. It had been a very long night for me. Precious, our only black cocker, was having a very difficult time with the delivery of her puppies.

I laid on the floor beside her large four-foot square cage, watching her every movement. Watching and waiting just in case we had to rush her to the veterinarian.

After six hours the puppies started to appear. The first born was a black and white party dog. The second and third puppies were tan and brown in color. The fourth and fifth were also spotted black and white. “One, two, three, four, five,” I counted to myself as I walked down the hallway to wake up Judy and tell her that everything was fine. As we walked back down the hallway and into the spare bedroom, I noticed a sixth puppy had been born and was now laying all by itself over to the side of the cage. I picked up the small puppy and laid it on top of the large pile of puppies, who were whining and trying nurse on the mother.

Instantly Precious pushed the small puppy away from rest of the group and refused to recognize it as a member of her family.

I reached over and picked up the puppy. My heart sank inside my chest when I saw the little puppy was hare-lipped and could not close its little mouth. We had gone through this once before last year with another one of our cockers. That experience killed me when the puppy died and I had to bury it. If there was any way to save this animal I was going to give it my best shot.

All the puppies born that night, with the exception of the small hare-lipped pup, were very valuable because of their unusual coloring. Most would bring between five to seven hundred dollars each. The next day I took the puppy to the vet. I was told nothing could be done unless we were willing to spend about a thousand dollars to try and correct the defect. He told us that the puppy would die mainly because it could not suckle.

After returning home Judy and I decided that we could not afford to spend that kind of money without getting some type of assurances from the vet that the puppy had a chance to live. However, that did not stop me from purchasing a syringe and feeding the puppy by hand. Which I did very day and night, every two hours, for more than ten days.

The fifth week I placed an ad in the newspaper, and within a week we had taken deposits on all of the pups, except the one with the deformity. The little guy had learned to eat on his own as long as it was soft canned food.

Late that afternoon I had gone to the store to pick up a few groceries. Upon returning I happened to see the old retired school teacher, who lived across the street from us, waving at me. She had read in the paper that we had puppies for sale and was wondering if she might buy one from us for her grandson. I told her all the puppies had been sold, but I would keep my eyes open for anyone else who might have a cocker spaniel for sale. I also mentioned we never kept a deposit should someone change their mind, and if so I would let her know. Within days all but one of the puppies had been picked up by their new owners. This left me with one brown and tan cocker as well as the smaller hare-lipped puppy.

Two days passed without me hearing anything from the gentleman, who had placed a deposit on the tan and brown pup. So I telephoned the school teacher and told her I had one puppy left and that she was welcome to come and look at it. She advised me that she was going to pick up her grandson and would come over at about eight o’clock that evening. Judy and I were eating supper when we heard a knock on the front door. When I opened the door, the man, who had placed a $100 deposit on the dog, was standing there. We walked inside where I filled out the paperwork, he paid me the balance of the money, and I handed him the puppy.

Judy and I did not know what to do or say if the teacher showed up with her grandson. Sure enough at exactly eight o’clock the doorbell rang. I opened the door, and there was the school teacher with her grandson standing behind her. I explained to her the man had come for the puppy just an hour before, and there were no puppies left.

“I’m sorry, Jeffery. They sold all the puppies,” she told her grandson.

Just at that moment, the small puppy left in the bedroom began to yelp.

“My puppy! My puppy!” yelled the little boy as he ran out from behind his grandmother.

I just about fell over when I saw the small child was hare-lipped. The boy ran past me as fast as he could, down the hallway to where the puppy was still yelping.

When the three of us made it to the bedroom, the small boy was holding the puppy in his arms. He looked up at his grandmother and said, “Look Grandma. They sold all the puppies except the pretty one, and he looks just like me.”

Well, old Grandma wasn’t the only one with tears in her eyes that day. Judy and I stood there, not knowing what to do.

“Is this puppy for sale?” asked the school teacher.

“My grandma told me these kind of puppies are real expensive and that I have to take real good care of it,” said the little boy, who was now hugging the puppy.

The lady opened her purse, and I could see several one-hundred dollar bills sticking out of her wallet. I reached over and pushed her hand back down into her purse so that she would not pull her wallet out.

“How much do you think this puppy is worth?” I asked the boy.

“About a dollar?” He replied.

“No. This puppy is very, very expensive… More than a dollar,” I told him.

“I’m afraid so.” Said his grandmother.

The boy stood there pressing the small puppy against his cheek.

“We could not possibly take less than two dollars for this puppy,” Judy said, squeezing my hand. “Like you said, “It’s the pretty one.” She continued.

The school teacher took out two dollars and handed it to the young boy.

I think it must be a wonderful feeling for any young person to look at themselves into the mirror and see nothing except “the pretty one.”

We hope the story above helped to inspire you. If you'd like to see some other pups with cleft palates, click on one of the pictures below to hear their story.

This is Ruby. She's a pit bull and doctors thought she wouldn't live because of her cleft palate.

This is Lentil. She's an adorable French bulldog with a great story!