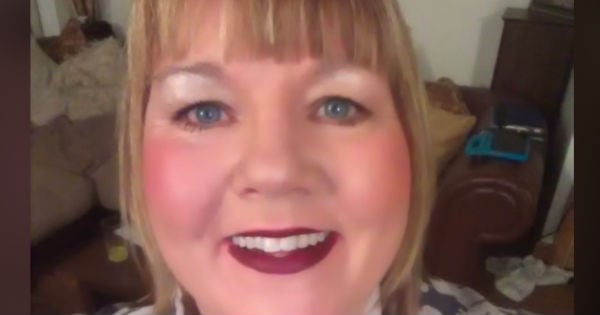 Two years after their miracle baby ends a couple's infertility woes, they're blessed with quadruplets birth!

When a couple wants nothing more than to build a family, it can be heartbreaking to hear they are unable to conceive children of their own.

This couple's dreams finally came true after two years of battling infertility. When they received news of their pregnancy, parents Maree and Kahn were over the moon. It was then that they discovered that they were going to be giving birth to a baby girl named Kiana.

A couple of years after Kiana was born, the good news just kept coming. The parents were told that they were going to have quadruplets!

Maree recalled when she went in for her 7-week scan and how excited she was, "Triplets! I cried. But slowly the sonographer shook his head," Maree said. "Then, without a word, he held up four fingers!"

She then went on to explain that Kahn almost passed out from hearing the news.

It then dawned on the parents that they wouldn't have two children like they expected but five!

Maree had a great pregnancy with no complications and then had her babies at 34-weeks through a C-section. On July 21st, Maioha Kahn, Frankee Gene, Marley Rose, and Maddison Grace were born.

"For the first time since having the quads I broke down, and for a moment I wished our life was different," the mom shared in a post. "It was the quads feeding time, all the babies were crying and KiKi was wanting us to play with her. I sat on the couch feeding Marley trying to explain to KiKi that I couldn’t blow bubbles for her right now. The tears started rolling and they didn’t stop. Everyone knows life with a 2yr old and FOUR newborns is going to be hard work, exhausting and different but that doesn’t make mornings like today any easier."

YOU MAY ALSO LIKE: Twin Sisters Both Go Into Labor On Their Birthday And Have Babies 90 Minutes Apart

“This is NOT a cry for help, I am JUST keeping it real. We have a beyond AMAZING network of family and close friends helping us daily. Without them, we would have 100% died in the flood already. There are too many people to name, but they know who they are and we will be FOREVER grateful for their help." After being told they wouldn't be able to have children of their own, Maree acknowledges that all her babies are miracles! As she should, they truly are gifts from God.