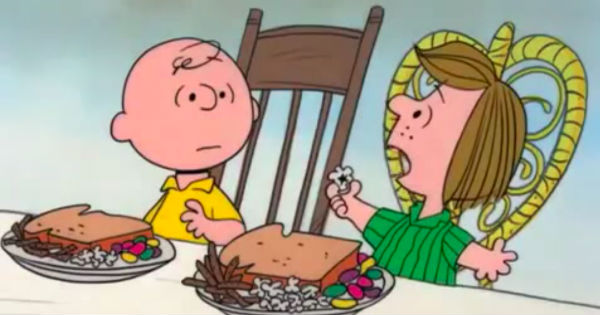 Crystal and Marco Milutinovic’s story of loss involved the death of four babies over the course of two years. But God brought joy into their lives once more with the arrival of miracle triplets, Malina, Kostadin, and Aleksija.

Crystal and Marco Milutinovic had always dreamed of having a big family. So, the news of triplets left them overjoyed.

RELATED: Triplets Turn Sorrow to Joy by Arriving as ‘Gift from Heaven' on Same Due Date As Baby Couple Lost

The Ohio couple had fought for 5 years to conceive their first child, a son named Demitirje. So, adding three siblings felt like a dream come true.

Sadly, though, theirs turned to a story of loss after Crystal delivered the triplets 24 weeks into the pregnancy in August of 2018.

While trying to conceive Demitirje, doctors had diagnosed Crystal with polycystic ovary syndrome (PCOS), putting her at a higher risk of pregnancy complications. But her pregnancy with the triplets had been going so smoothly. The babies were doing great. But then suddenly, in just two days, Crystal says “everything went really bad.”

Two of the babies died. And it was a devastating loss.

Tragically, little Milan suffered an infection in his intestines, which turned septic. The medical team resuscitated him three times, but ultimately the tiny boy couldn’t be saved. The couple had to make the “hardest decision of their lives” and turn off his life support.

“Milan’s health declined rapidly and he also suffered a grade four brain bleed,” Crystal explained. “He was turning purple. We were trying to hold on to him, more for us, but he was in so much pain. We never thought we could turn the machine off but we couldn’t let him suffer anymore.”

Meanwhile, baby Katarina’s heart rate rapidly kept dropping. Crystal says it was like “a really bad dream” as she watched the medical team try and resuscitate her baby girl.

“They couldn’t save her so I held them both close to my chest. Waiting for them to pass in my arms was the most difficult and deep pain I’ve ever experienced. It was unimaginable,” she recalls. “I remember when I was holding my daughter, every single nurse and doctor were crying — just 12 hours before they were doing well.”

Crystal and Marco experienced so much anguish losing these two babies. But signs of God’s goodness remained present in this story of loss.

Their surviving child, Lana, had to spend 109 days in the NICU before she could go home with her parents. She battled a chronic lung disease and an E-coli infection which had spread throughout her tiny body.

“I think she was resuscitated about 10 times — it was horrendous,” Crystal said.

But the tiny warrior Lana persevered and overcame all the odds. She kept hope alive during such a dark time.

Still, the family’s struggles weren’t over yet.

“It was the first time I could look forward to the future,” she said.

But tragedy struck again at 8 weeks. Pain and cramping sent the mom to the doctor. There, she learned she was carrying twins. But she also discovered she’d suffered a miscarriage and an ectopic pregnancy.

“I then found out there were two babies and I’d miscarried one naturally,” she recalled. “The other was stuck in my Fallopian tube. It was the lowest point of my life – after losing Milan and Katarina, I never thought anything more could happen to us.”

Life isn’t always good. But God is. And He was preparing to turn this family’s story of loss around with some big blessings!

Even though multiples don’t run on either side of Crystal’s and Marco’s families, they found themselves again expecting triplets. And again, the news came as an unbelievable blessing.

After what happened before, Crystal and Marco Milutinovic were determined to take whatever steps they could to ensure the safety of their miracle triplets. So, they paid $6,000 for what’s called a transabdominal cerclage procedure.

This is a surgery to help prevent premature labor. It involves inserting a special synthetic band high on the cervix to help support it throughout the pregnancy.

Crystal gave birth to three healthy babies at 36 weeks: Malina (5lbs 9oz), Kostadin (5lbs 10oz), and Aleksija (6lbs). And the miracle triplets took their story of loss to one of triumph!

“I felt like our family was broken,” Crystal explained. “But now it is complete. We felt complete when we brought them home to meet the other kids. I felt like we finally found what we were searching for.”

Certainly, we applaud the excellent medical team overseeing Crystal’s pregnancy. But God gets the glory for the gift of these miracle triplets!

“We’d like to think they had a little help from above,” Crystal says.

Now, the home of Crystal and Marco Milutinovic is bustling with the huge family of which they’d always dreamed. And they are loving every second of the craziness!

“We are so blessed and obsessed with the chaos,” Crystal says of bringing their miracle triplets home. “They are everything we have ever dreamed of.”

The four babies Crystal and Marco lost will never be forgotten. They will forever hold a special place in the hearts of the Milutinovic family. But miracle triplets Malina, Kostadin, and Aleksija helped remind their parents of the blessings that still exist here on earth.

“Our rainbow babies don’t fix what happened. They give us extra love that we didn’t know we can contain or hold,” Crystal says.

Tragedies will always exist in this broken world. But so will hope. And thanks to the sacrifice Jesus made for us on the cross, no story of loss is ever final!

YOU MAY ALSO LIKE: Unbelievable Surgery In Womb Saves Triplets From Life-Threatening Disease

“We are pressed on every side, yet not crushed; perplexed, yet not to despair; pursued, yet not forsaken; struck down, yet not destroyed; always carrying in the body the putting to death of the Lord Jesus, that the life of Jesus may also be revealed in our body.” 2 Corinthians 4:8-10