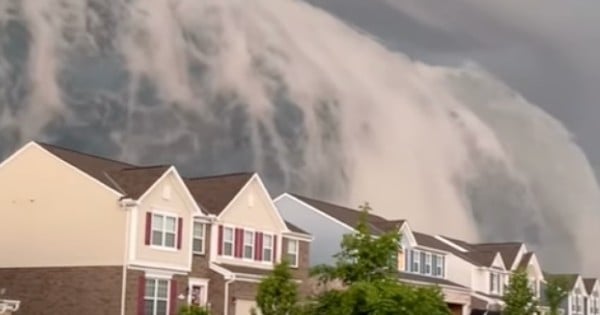 One married couple doing a renovation of an old house found some surprising artifacts while cleaning out one of the rooms in the home.

A woman shared online about the century-old home that her and her husband have started to renovate. The house was built in 1914 and is an American Foursquare. And the couple wants to restore the home to its former early 20th century glory.

The posts from the woman about the spooky finds in the house have gone viral on Reddit. "Young couple moves from the city to a big old farm house on land for dirt cheap. They start renovating..." the woman writes as she sets up the story.

"Husband is away for work for months at a time. Wife is left home alone with the animals and to manage the farm. Will she be possessed when he gets home???" she jokes in her post. "Oh yeah and when we bought the house there were dozens of dolls on the third floor looking out the window when you pulled up."

The woman shared that the house came with a bunch of things left inside and that the previous owners only wanted to take a few family photos with them.

"We bought the home in probate and I was able to make contact with the family to see if there was anything they wanted (the house came with everything in it and they were hoarders)," she wrote online. "All they wanted was one small tote of family photos."

Renovation Of Old House From 1914 Leads To Discovery In Attic

So, when the woman and her husband were going through all the old belongings, they found some interesting items. One box was filled with Victorian-era treasures and a ton of old photos, all dating back to the late 1800s and early 1900s.

But that wasn't the most shocking part. The couple actually found out from looking at the photos that some of the people in the images were not living.

"I totally think that some of the folks in these pictures are already dead," the woman wrote in her post.

What the couple was seeing in these old photos was called "mourning tableaux." It was common in the Victorian era for families to immortalize their loved ones by photographing the dead. But they would arrange them in a way to make them appear like they were alive. In order to do that, the dead family member was arranged in a lifelike manner, and sometimes color was even added to their cheeks or lips so that they would appear more alive.

"Not sure who they are," the woman says about the photos. "We met the grandson of the man who built this home. I'm going to bring these photos along with the rest of them down to their house to see if they recognize anyone."

YOU MAY ALSO LIKE: WWII Veteran Lost Everything When The House Burned Down But Then Strangers Stepped In

What a mysterious thing to stumble upon while renovating a home. There is definitely a rich history within the walls of a house that old!

LISTEN: Homeowner Spots Raccoon On The Roof | Story Of How 3-Year-Old Boy Survived All Alone In Wilderness