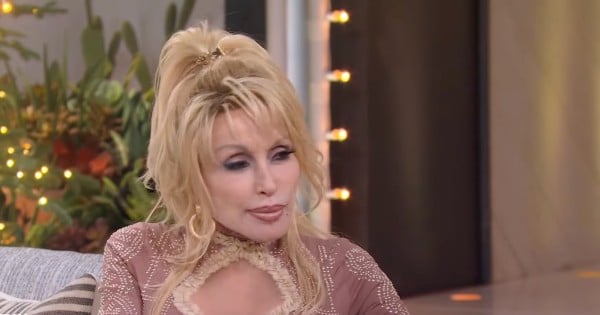 For Robert Irwin’s birthday celebration, the Australia Zoo played him a compilation of birthday wishes. But as a special surprise, the video also included footage of the 19-year-old’s late father, Steve Irwin, talking about the day Robert Irwin was born. And it was such a touching moment!

Wildlife lover Steve Irwin was the star of the popular Animal Planet show, The Crocodile Hunter. And God blessed the man with a heart and natural talent for animals of all kinds.

RELATED: Steve Irwin's Daughter Bindi Is A Mom And Says It's ‘Devastating' Raising A Baby Without Her Dad

Steve’s vibrant personality made it easy to forget the danger involved in his job. However, while filming a documentary on dangerous animals in 2006, Steve Irwin passed away at 44 years old after a barb from a stingray pierced his heart.

The Crocodile Hunter’s tragic death occurred nearly 3 years after Robert Irwin was born. And yet, Steve’s legacy and passion shine so brightly in his son. And when this amazing young man turned 19, plenty of birthday wishes began pouring in.

His sister, Bindi Irwin, had some kind words for the “greatest brother in the world,” telling him, “I see so much of Dad in everything you do and I know he would be beyond proud of you. We all are.”

Robert’s mother, Terri Irwin, expressed similar sentiments, writing on Twitter, “I know your dad would be so proud of you.”

Happy birthday @RobertIrwin! I have treasured every moment of your 19 years, and I look forward to the adventures ahead. I know your dad would be so proud of you. You're the best! pic.twitter.com/du3vCgU4Fn

And of course, the Australia Zoo made sure to honor the young man on social media as well.

However, the wildlife sanctuary had another special tribute in store, too!

Terri, Robert, and Bindi Irwin have all done a wonderful job honoring Steve’s memory by continuing to care for wildlife and the Australia Zoo. And so, on the day celebrating Robert Irwin’s 19th birthday at the zoo, there was a special surprise waiting for him.

During one of the live shows hosted by Robert and his mom at the Australia zoo, staff wheeled an elaborate birthday cake on stage. It was shaped like the camera Robert uses for his photography.

Then, a video began playing on the big screen behind Robert with all different messages from people wishing him a happy birthday. The messages were all sweet and entertaining. But the Australia Zoo saved the best for last!

To close out the video, archival footage of Robert’s late father plays. In it, Steve Irwin talks about the day Robert Irwin was born.

“At that very moment, I saw the light,” Steve says of the moment he laid newborn Robert on his mother’s chest. “When Bindi was born, I had the same sensation… This is why I was put here.”

Steve’s touching commentary accompanies scenes of Robert as a child with his dad, as well as footage of Robert as a grown-up Wildlife Warrior just like his dad.

As the emotional video concludes, Robert Irwin can be seen wiping away tears before responding, “Aw man, making me cry on my birthday.”

“Well, you know why I cried?” his mother quickly quips. “I was filmed giving birth — twice!”

It was truly a touching moment. And the way the Irwin family works together to keep Steve’s memory alive certainly tugs all the heartstrings. And hearing his late father’s words had a huge impact on Robert.

“It means the absolute world,” he said. “I just think it’s such a privilege, personally and as a family, to continue the legacy of dad. He gave his life, quite literally, for wildlife conservation and to make the world a better place.”

Now, Robert, alongside his family, is carrying on Steve Irwin’s work. And he considers it an honor. In fact, he says he feels closest to his late father when he’s feeding crocodiles.

YOU MAY ALSO LIKE: Steve Irwin's Dad Finds Note From Son Decade After His Death

“I feel closest to Dad when I’m in there feeding crocs. Man, you can feel his presence and you can really feel close to his legacy when you’re in there working with the very same crocodiles that he did,” he explained.

Robert Irwin surely seems to have the same love and respect for God’s creatures as his dad did. What an incredible legacy!

WATCH: Robert Irwin Talks About Dad’s Legacy And Growing Up In A Zoo

LISTEN: Matthew Perry Begged God to Save Him | A Train Crashed Into Mom's Car with Her Baby Inside