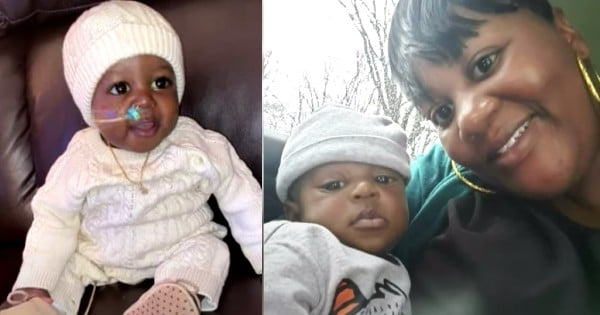 Teenagers are the perfect picture of health. They're full of life and promise. But one teen's hopeful future turned dark when she felt like her brain had burst. But what happens next is incredible. A mom left her daughter's side only once after a ruptured brain aneurysm, and a miracle happened.

Mionna Johnson was like any other teenage girl, full of life, dreams, and God's promises. One moment she is talking to her parents, friends, and family and then the unthinkable happens. As Mionna is sitting in front of her mama, an aneurysm caused the teen to crumble to the floor.

"We were in the living room just singing and dancing to her favorite K-Pop group BTS. And she just fell to the floor," said her mother, Tiffany Johnson. Suddenly Tiffany was experiencing every mother's worst nightmare, her baby girl was hurt and there was nothing she could do to fix it or make it better. Her daughter went from being perfectly healthy and singing, to nearly dying.

So, Tiffany did what any mom would do. She called 9-1-1 and asked God to save her precious baby girl.

Mionna was rushed to the hospital. Doctors stated she had likely suffered a brain aneurysm and would not survive. Before she ended up in the ICU, she was an honor roll student who spoke three languages. At one point her doctors gave up hope that she would survive. Tiffany refused to believe Mionna's medical team.

Instead, she insisted her daughter be airlifted to the nearest Children's hospital. After several conversations, Mionna's team finally relented and called for an airlift. This would be the first time Tiffany would leave her daughter's side. She had already been warned, her daughter would not survive the flight.

She did the unthinkable and left her daughter alone. Why? To get baptized. "I truly believe that I heard from God to do that in the first place. I knew that the doctors could only take us so far. And then I had to have, you know, I had to have my faith," Tiffany said.

"Beaumont said that she could deteriorate in the air. So, I drove from Westland to Detroit, doing about 100 miles trying to rush there before the helicopter got there. I knew I wouldn't make it, but I wanted to see if she would still be alive," her mom said. Every second of that drive felt like an eternity. "It was horrible. It was horrible because I didn't know she was. I didn't know she was going to be alive. You know, and it was worst," she added.

When Tiffany got to the Children's Hospital, Mionna was barely clinging to life and doctors rushed her into surgery. Tiffany was then told her daughter may never regain consciousness and if she did, Mionna would likely be paralyzed from the next down. She also wouldn't be able to breathe on her own. But because of faith in God, the most incredible moment happened, Mionna woke up! She then spent the next 117 days working towards making a full recovery!

YOU MAY ALSO LIKE: Story of How Luke Smallbone Saw the Lifeless Body of His Son And It Inspired ‘Need You More'

"The Lord is my shepherd, I lack nothing. He makes me lie down in green pastures, he leads me beside quiet waters, he refreshes my soul. He guides me along the right path for his name's sake. Even though I walk through the darkest valley I will fear no evil, for you are with me," Psalm 23:1-4

WATCH: Mom Left Daughter’s Side Only Once After Ruptured Brain Aneurysm And A Miracle Happens