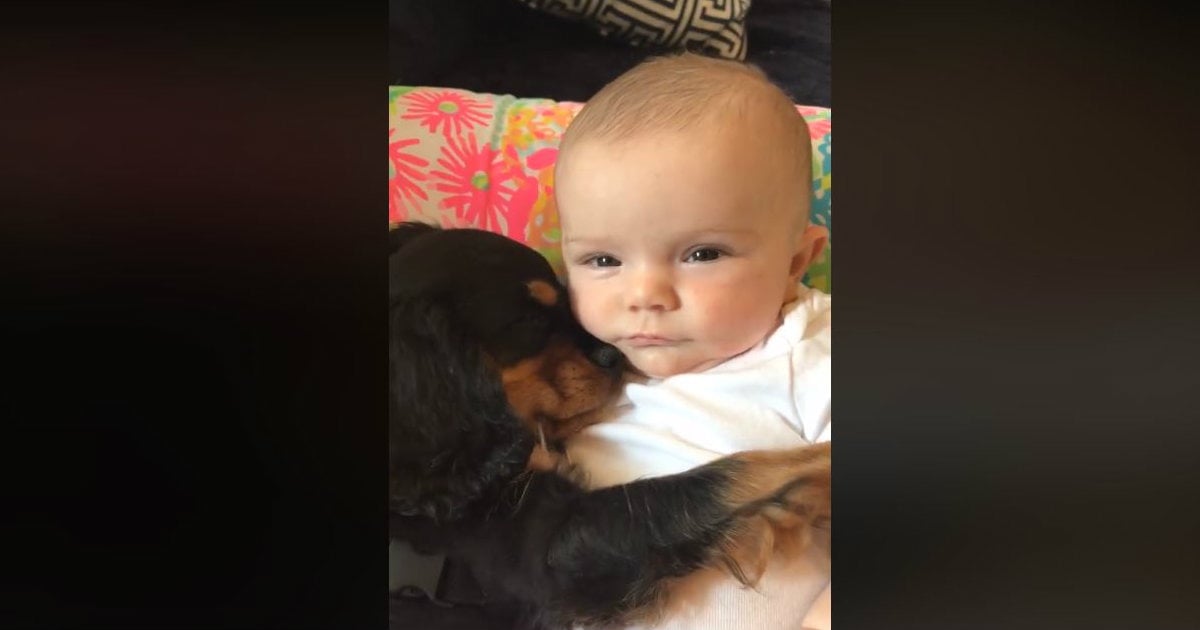 An abandoned dog was caught in a rusty coyote trap and she needed help. So a rescue team saved her and it was incredible.

Hermione was an abandoned dog who was living in a forest in South Carolina for a year. One day, she stepped on a rusty coyote trap and could not get out of it. The animal control and the local police tried to capture her to help her. But she was so afraid and got away every time. It was a big job and the Hope For Paws rescue team were the ones to call. At first, they could not find Hermione, but when they spotted her, they set out to rescue her. 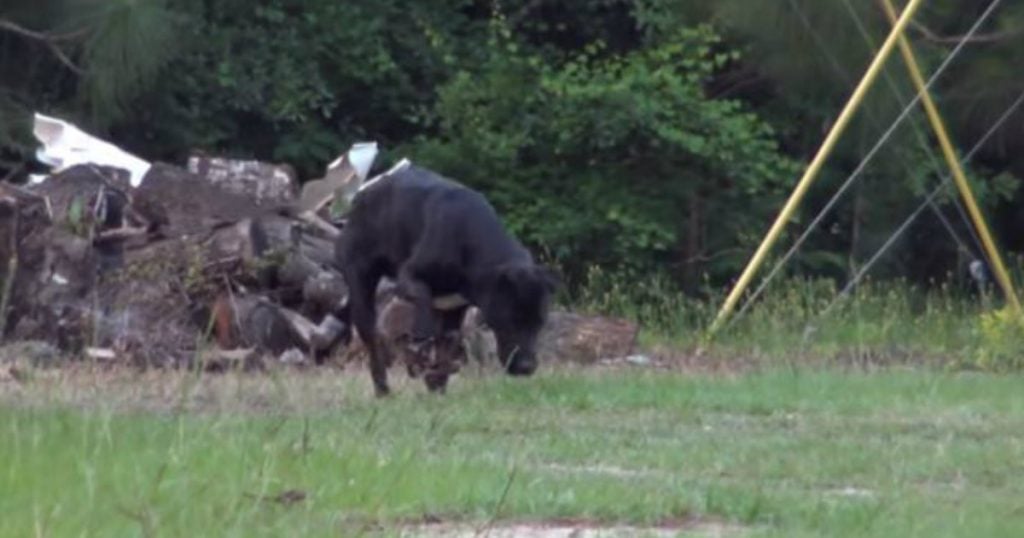 Loreta, one of the rescuers, sat down on the ground and called out to her. After a few minutes, Hermione came limping to Loreta as she was offered snacks to eat. You can see the metal clamp handing from her foot. It was so sad to watch how she limped and you could tell that she was in so much pain.

RELATED: Rescuer Gets Bit Trying To Save A Badly Injured Stray Poodle

Hermione trusted Loreta enough to eat out of her hand but when she made a sudden move, Hermione got afraid. Even after spending two hours trying to gain her trust, she was so afraid and ran away in the woods. 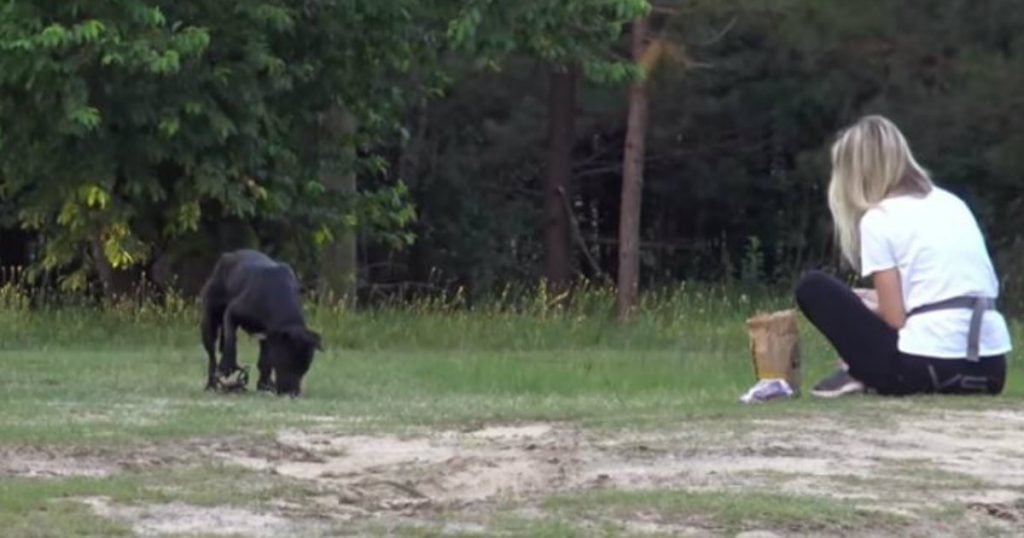 The team realized that they needed a little more help. So, they got a soccer next shipped to them and got a bunch of volunteers to help them. They used the next to trap her and keep her from running away. 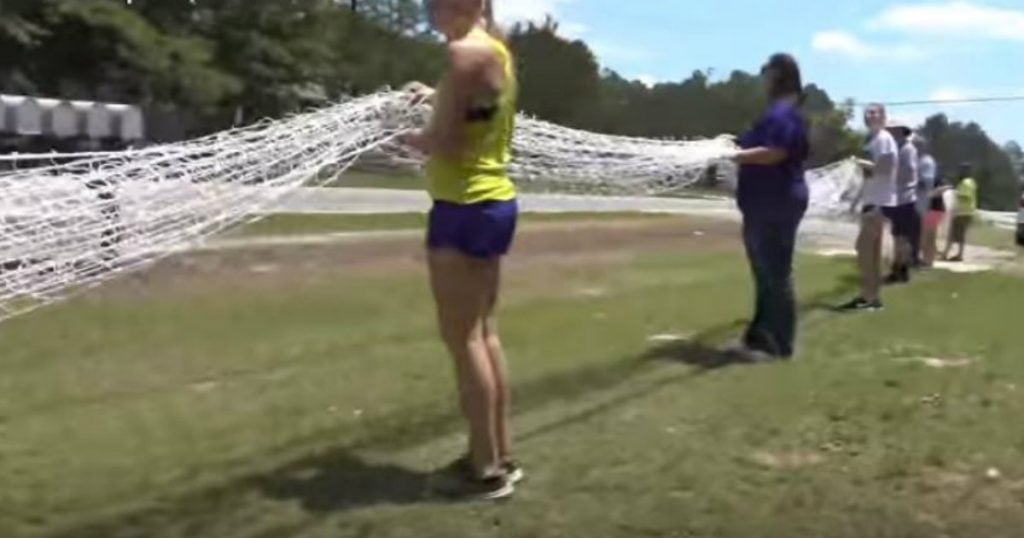 Their plan was so successful. They were able to catch Hermione. The team picked her up so that she would not have to walk with that heavy metal trap on her foot anymore and put her in the trunk. She is finally on her way to the hospital to get the help that she so badly needed. 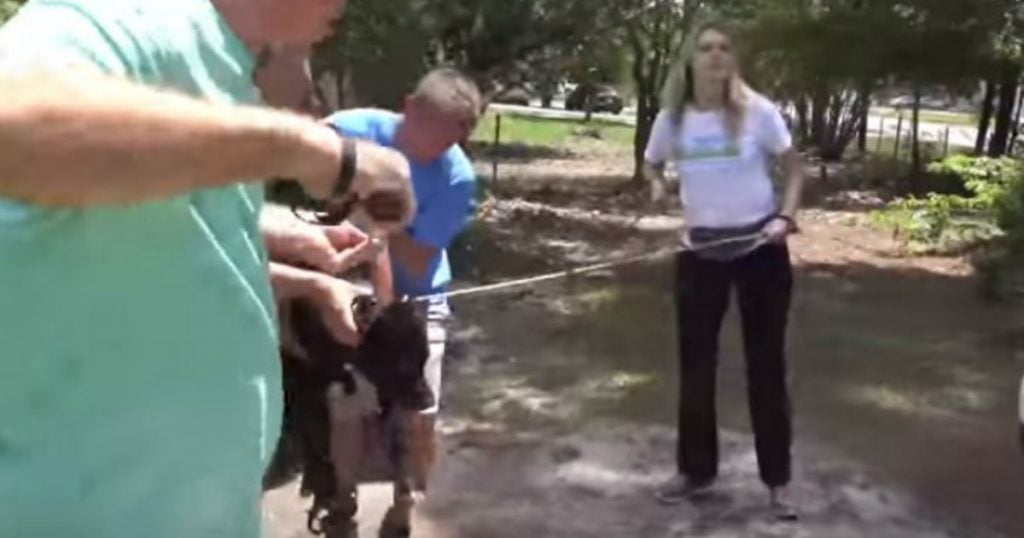 They had to put her to sleep to get the clamp off of her foot. And when Hermione woke up, the clamp was finally gone. But because she had the wound for so long, they were concerned about having to amputate her leg. 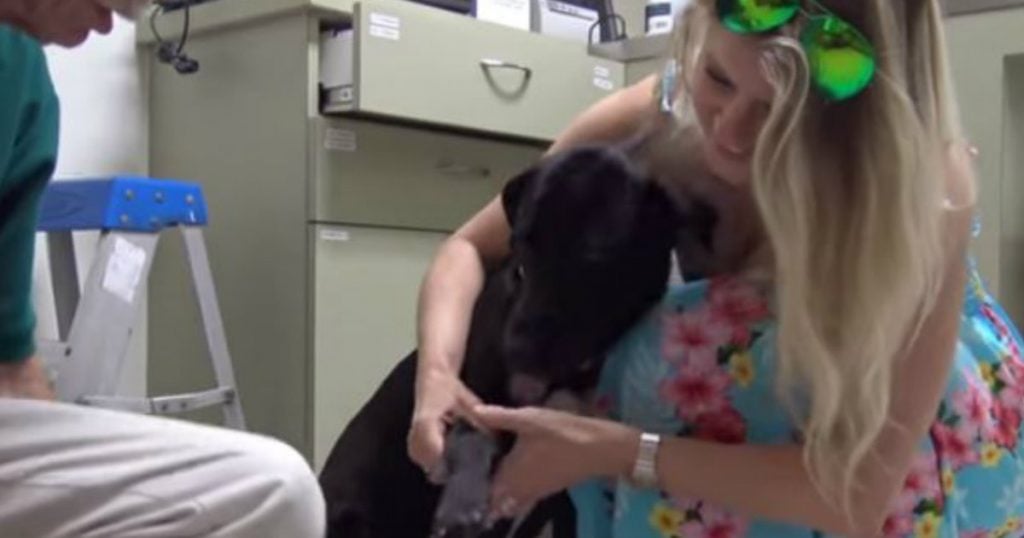 The team was hoping that Hermione would be able to keep her leg. And after traveling states away, they found a Doctor who was able to save her leg. And after two surgeries, Hermione's leg was reconstructed and she could not be happier. It was amazing!

YOU MAY ALSO LIKE: Rescue Team's Unusual Tactic Saves An Abandoned Dog