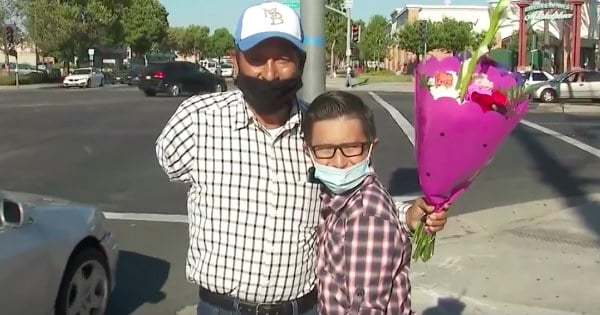 Ryder Wells miraculously survived a horrendous dog attack at just 22 months old. But half of his face was left disfigured as a result, causing some insensitive people to call him a monster. But here’s what this brave boy’s mom wants everyone to know.

In 2015, Ryder Wells, a boy from North Carolina, survived the unthinkable. While he and his mom were staying at a friend’s house, the friend’s two pet Rottweilers attacked the little boy.

No one knows why the dogs attacked.

“He’d been around the dogs before and they’d been fine,” his mom, Brittany, explained, “so I don’t know what happened.”

But on this particular day, the two canines mauled Ryder Wells, who was 22 months old at the time and had managed to sneak into the backyard through the dog door.

“When we picked him up and rolled him, his face was just gone,” Brittany recalled of the horrifying day.

The dogs’ owner, Brittany’s friend Amber, felt horrible about the tragic incident that happened at her house.

“I blame myself all the time because it was my dog,” Amber says through tears.

But Brittany harbors no ill will toward her friend.

An emergency crew airlifted the little boy to the hospital for treatment. And the damage done by the two dogs was extensive.

“The doctors said they would do what they could but we weren’t expecting him to make it,” Brittany said.

Ryder Wells lost his whole right cheek, the bottom of his eyelid, 75 percent of his lip, his teeth were crushed and he suffered a broken arm as well as a punctured lung.

The boy spent 14 hours in surgery as a medical team did all they could to save him. Doctors had to perform a tracheostomy for the punctured lung. They also feared that the dogs had bitten so hard into his skull that he would be paralyzed.

Yet, despite all the damage from the vicious attack, the little boy amazed everyone by surviving. 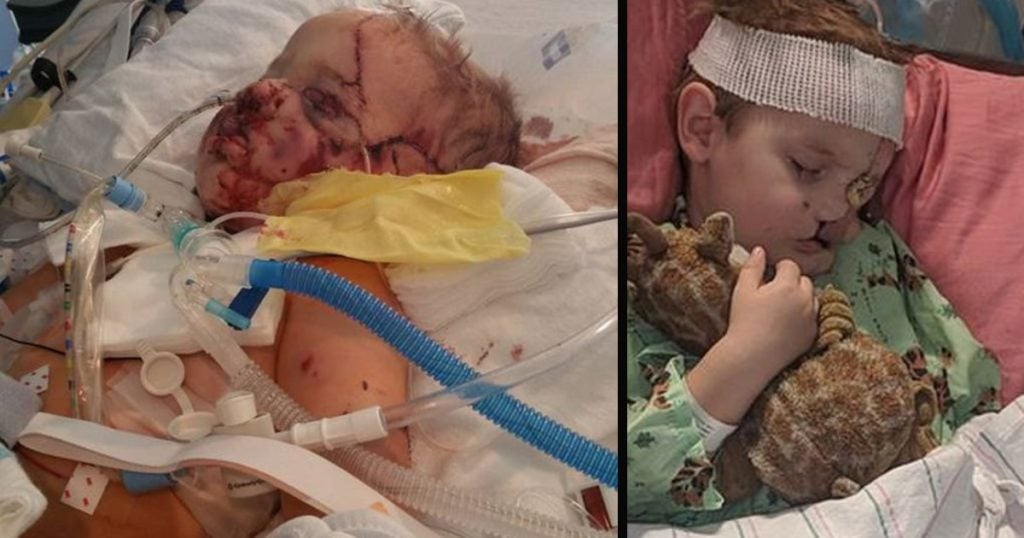 “They said it’s a miracle that he’s still here because he was so small and the injuries were so severe,” Brittany says.

But Brittany describes her son as “fierce”. This sweet little boy proves that big things can come in small packages!

The fact that Ryder Wells survived was impressive enough. But this little warrior continues to defy the doctors’ expectations day after day.

Because Ryder’s teeth were crushed during the dog attack, his medical team tried putting restrictions in place around his feeding. But the boy was determined to figure things out on his own.

“He refused a puree diet and the special cup they gave him and learned to drink on his own,” his mom said. “He’s really adapted.

Ryder’s determination paid off. Years later, he still bears the scars and aftermath of the attack, but he’s doing things his medical team never expected.

“The doctors said he would never be able to eat normally,” Brittany explained. “He only has eight teeth now but he eats everything.”

Though Ryder Wells looks different on the outside, he’s just like any other kid his age.

“He’s been amazing how he’s adapted after what he’s been through,” his proud mom says.

Because of his physical differences, the poor boy often receives unwanted attention from strangers.

“In the beginning, it was horrible because even adults would stare,” Brittany said. “For the first year, he had no face on one side because he had two unsuccessful skin grafts.”

RELATED: Anguished Dad Speaks Out After Bullying Leaves His Son Wanting To End His Life

There are more surgeries planned for Ryder up until he has fully matured. But despite all of the wonderful work from his many doctors, he’s forced to deal with scrutiny from others.

“He’ll never look the same and we face a lot of obstacles,” Brittany says.

Trips outside of the home can be heartbreaking because of people’s reactions to Ryder’s face.

“When we go to the park, there’s a child who points and screams ‘monster’ at him before running away. Out shopping the other day someone shouted ‘ew’ at him,” Brittany says. “It’s hard and it breaks my heart as a parent that after everything he’s been through, people aren’t always nice over something he can’t help.”

The hardest part is knowing that these reactions hurt her son. And that’s why this mom is speaking out. She’s hoping to raise awareness about the devastating impact bullying can have on someone with physical differences.

“He knows that people are talking about him but he doesn’t say much,” she says. “He wears glasses and a cap and sometimes he’ll hang his head to hide his face.”

Despite all he’s been through, Ryder Wells is your normal 5-year-old. And that’s what Brittany wants people to see, rather than just his facial disfigurement.

“He is such a fighter,” she says, “he doesn’t let anything hold him back.” 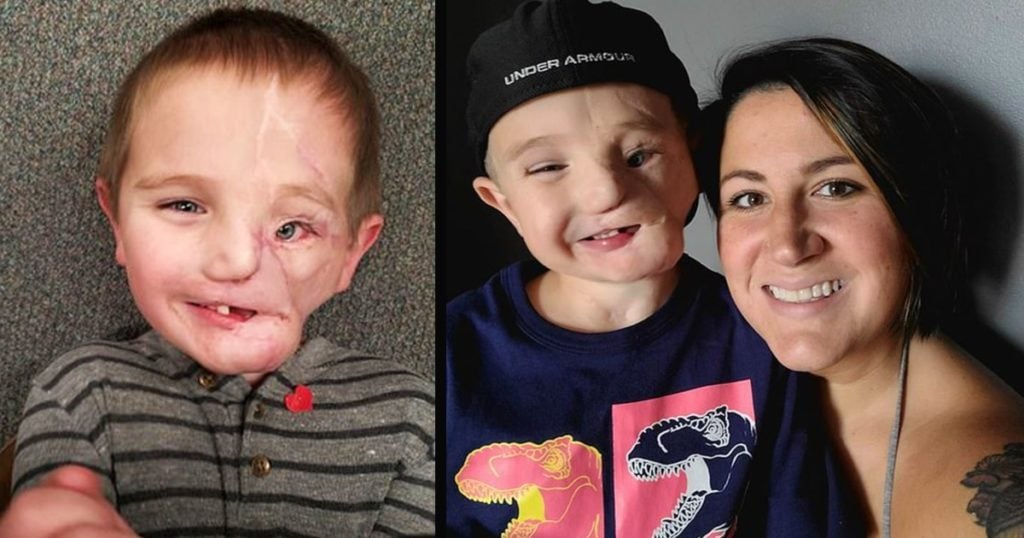 When it came time for Ryder to start attending Kindergarten, they warned the kids in his class in advance so they wouldn’t be shocked by Ryder’s appearance. And while there are “always going to be a couple of kids who aren’t kind,” this sweet boy is flourishing in school.

“He has a great group of friends and people in the town know him now so that boosts his confidence,” Brittany explained.

She went on to say, “But I just tell him every day that he’s beautiful, different is beautiful and it’s ok to be different.”

The way Ryder has tackled every obstacle in his path is truly inspiring. And he’s teaching everyone around him such an important lesson.

YOU MAY ALSO LIKE: Mother Schools The Internet Troll Who Called Her Son Ugly

Please continue to pray for this sweet boy’s healing and recovery. We have no doubt God has BIG plans for Ryder Wells!