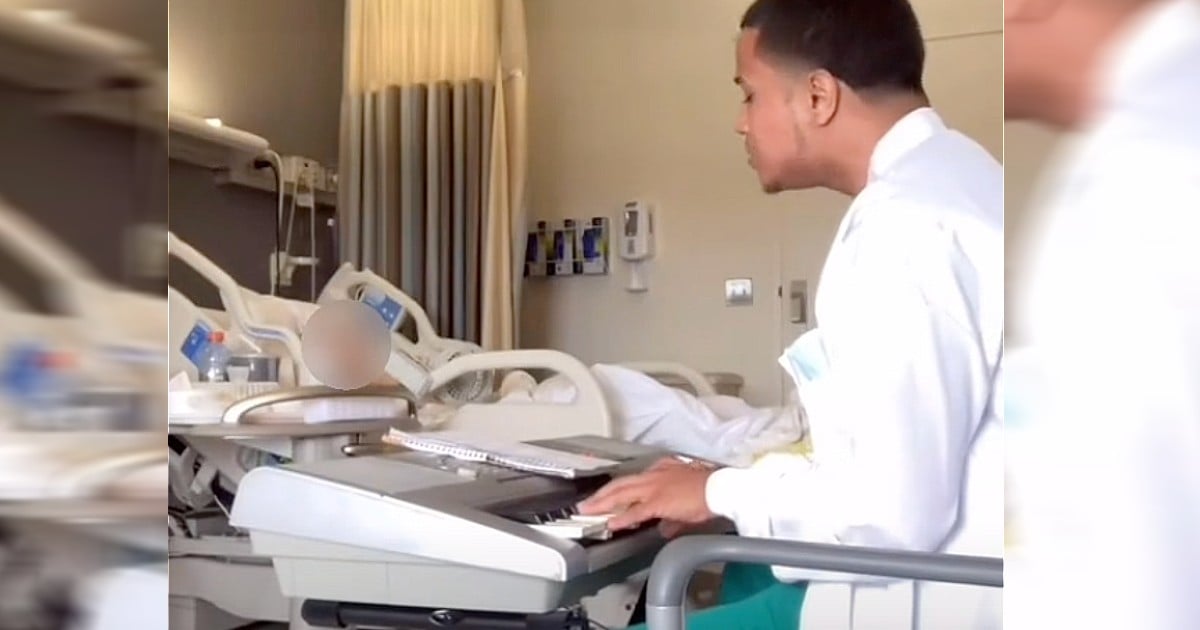 Viral singing sensations Katherine Hallam and Jordan Rabjohn treat us to a ‘Shallow’ duet by mother and son that’s simply too good to miss!

Sheffield, England is the home of this mother and son who sing a stunning "Shallow" duet. Their names are Katherine Hallam and Jordan Rabjohn, and they give Lady Gaga and Bradley Cooper a run for their money with their cover of the hit from the 2018 remake of A Star is Born.

RELATED: Stunning ‘Shallow' Performance On The Voice All-Stars Brings On So Many Chills

Jordan opens the song. He's singing in a blue studio, which may be in his home. The space seems to correlate with the somber mood and watery imagery of the song's lyrics. Jordan's voice is mesmerizing! At 28 seconds, when he sings the word "falling," he drops his pitch and gives us an audio representation of the action.

At about 50 seconds, Mum Katherine sings, and her voice is equally hypnotic-powerful and precise. She sings from the same spot that Jordan does, but as they sing together, we see them side-by-side on a split-screen. They are incredible!

The mother-and-son bond is a special one, and it's a unique blessing that these two share their musical gift.

While watching the two perform together, it's easy to see a resemblance between this handsome young man and his beautiful mum. The way they hold their head is similar, as is the sorta spiky curl of their hair in front. They seem to favor one another in the eyes as well.

There are just a couple of seconds in the middle where Katherine is shown giggling and Jordan, glasses off now, shares a killer smile. And, it's obvious that they are having a great time. Katherine wears a heart necklace, and every momma watching knows it's indicative of the way she feels about her son and the opportunity she has in that very moment.

Katherine and Jordan have recorded a number of duets together. And, here's something else. Katherine is a visual artist as well, crafting whimsical and cuddly bears under the name Katie Rae Bears. Jordan has taught music at Parkwood Academy. These two are abundantly talented, and both of them are stars!

YOU MAY ALSO LIKE: Mother And Son Sing A Powerful Version Of ‘Rise Up' By Andra Day To Inspire Hope In Dark Times

"May your father and mother rejoice; may she who gave you birth be joyful!" Proverbs 23:25