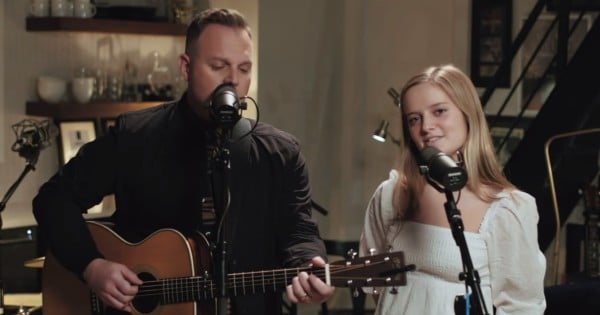 Terence James leaves everyone in awe with his ‘Shallow’ performance on The Voice All-Stars. This is a blind audition that’s too good to miss!

"Tell me somethin’, girl. Are you happy in this modern world?

Or do you need more? Is there somethin’ else you’re searchin’ for?

And in the bad times, I fear myself, I’m off the deep end, watch as I dive in

I’ll never meet the ground, crash through the surface, where they can’t hurt us

We’re far from the shallow now"

RELATED: Young Man Beautifully Performs ‘The Sound Of Silence' On The Voice Germany

The song ‘Shallow' was originally sung by Lady Gaga and Bradley Cooper and was released in 2018. The song was part of the movie A Star Is Born.

The singer in this video on The Voice All-Stars France is Terence James. And he gives an incredible ‘Shallow' performance for his audition. Although he only gets two judges to turn their chairs around, the two that pushed their buttons were very impressed with Terence and his singing ability.

"Such a beautiful voice," comments one person on YouTube after watching the video. "This voice was gentle and controlled as the song required."

You can really feel the energy and passion in Terence's voice during his ‘Shallow’ performance. He seems to hit all the notes with ease, which is impressive since ‘Shallow' is not the easiest song to perform. This guy has got some talent, for sure! And he is a great performer! His musical abilities are sure to take him far.

We hope that you enjoyed watching this video of Terence James singing ‘Shallow' on The Voice All-Stars France today!

Luke 6:35
"But love your enemies, do good to them, and lend to them without expecting to get anything back. Then your reward will be great, and you will be children of the Most High, because he is kind to the ungrateful and wicked."