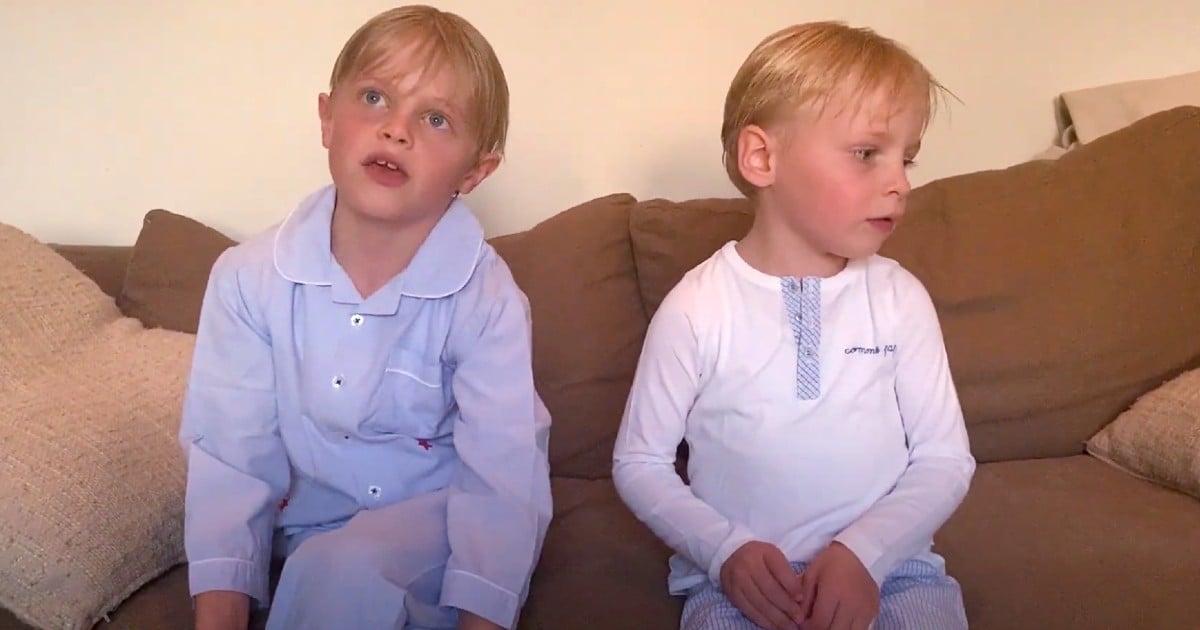 Things Were Going So Well in a Short Message for Grandparents, Then 1 Little Boy Went Rogue
Read Article »

A singer for the funeral of a homeless man decided to pour her heart and soul into her graveside performance of ‘Amazing Grace.’ But what happened next caught her completely by surprise!

A popular story about a graveside service for a homeless man keeps making its rounds over social media.

The original author remains unknown. And sometimes the fictional story involves a funeral singer while other times it’s a guitar player. But in either case, the unexpected twist at the end makes it well worth the read!

Singer For Funeral Gets A Surprise

The story so many people are sharing on Facebook goes as follows:

“As a singer, I sing at many funerals and I was recently asked by a funeral director to sing at a graveside service for a homeless man. He had no family or friends, so the service was to be at a Pauper’s Cemetery out near Lindale. As I was not familiar with the area, I got lost. Everyone that knows me knows I can be directionally challenged AND my navigation lost its signal.

Anyway, I finally arrived an hour late and saw that the funeral guy had evidently gone and the hearse was nowhere in sight. There were only the diggers and crew left and they were eating lunch. I felt bad and apologized to the guys for being late. I went to the side of the grave and looked down and the vault lid was already in place. I didn't know what else to do, so I started to sing. The workers put down their lunch and began to gather around.

I sang my heart and soul out for this man with no family and friends.

As I sang ‘Amazing Grace’, the spirit began to move and the workers began to weep. They wept, I wept, we all wept together. When I finished, I prayed a benediction and started for my car, my head hung low but my heart so FULL.

As I opened the door to my car, I overheard one of the workers say, ‘I've never seen nothin' like that before and I've been putting in septic tanks for twenty years.’

I don’t know about you, but the first time I read this story I did not see the ending coming at all!

YOU MAY ALSO LIKE: New Pastor Was Visiting Homes & Is In Stitches After Finding Note With Bible Verse In Offering Plate

Sometimes we all need a reminder to not take life so seriously. I hope this story about a lost funeral singer brought a smile to your face. And be sure to share it with others who could use a good laugh!

“A cheerful heart is a good medicine” Proverbs 17:22