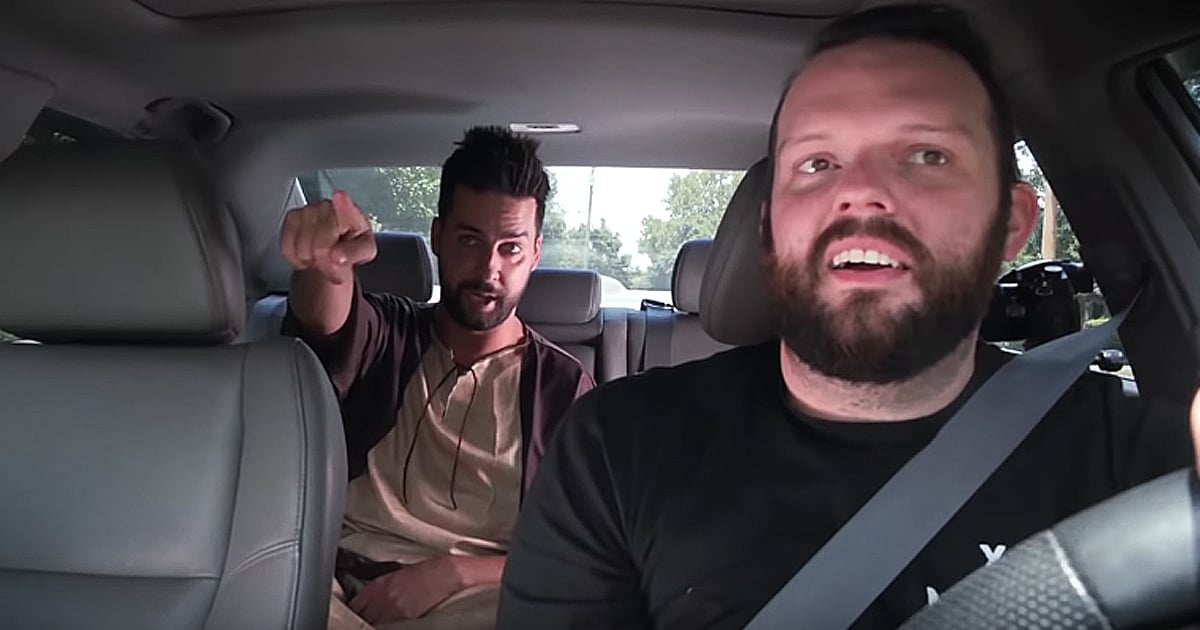 Christian comedians may have some pretty good Bible jokes, but so does the Internet. And in a funny short story making its rounds on social media, an anonymous church member cleverly uses a Bible verse to crack the new pastor up in a brilliant way!

In this fictional story circulating online, a brilliant exchange of Bible verses delivers a good laugh for all!

There’s no information on where this hilarious anecdote originated, but it is getting shared across Facebook:

“A new pastor was visiting in the homes of his parishioners. At one house it seemed obvious that someone was at home. But no answer came to his repeated knocks at the door. Therefore, he took out a business card and wrote ‘Revelation 3:20‘ on the back of it and stuck it in the door.

When the offering was processed at the next worship service, he found that his card had been returned. Added to it was this cryptic message, ‘Genesis 3:10‘ Reaching for his Bible to check out the citation, he broke up in gales of laughter. Revelation 3:20 begins ‘Behold, I stand at the door and knock.’ Genesis 3:10 reads, ‘I heard your voice in the garden and I was afraid for I was naked.’ “

What a wonderful way to use God’s Word to bring a smile to someone’s face!

For another laugh, be sure to check out the funny story about the atheist and the bear.

And here are some other Bible jokes to enjoy.

7 Of The Best Punny Bible Jokes

YOU MAY ALSO LIKE: 11 Hilarious John Crist Videos To Brighten Your Day

If those Bible jokes weren’t enough to get you rolling, see if these 9 Christian comedy videos can do the trick!

While a broken heart is no laughing matter, these Christian Break-Up Lines by John Crist are pretty hilarious!

Be sure to share this story with others, since “A cheerful heart is good medicine” (Proverbs 17:22)