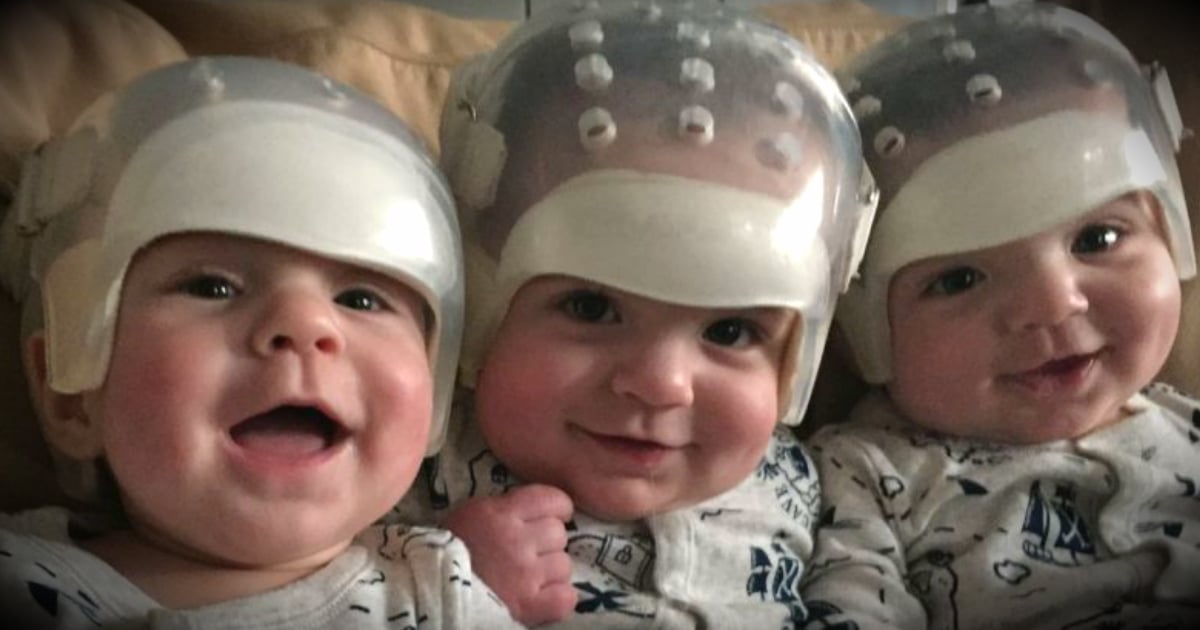 The line between courageous and crazy is a thin one. David Eubank, a former U.S. Army Special Forces and Ranger officer, probably gets called both fairly regularly. The veteran rushes in to some of the most hostile regions imaginable, all to do God’s work. And recently, it was a Bible verse and a little girl that led him right into sniper fire!

David has never been one to shy away from conflict. He spent a decade in the U.S. military, including in the Army's Special Forces. But when he left, it wasn’t so he could take it easy in “greener pastures.” No, it was to serve a greater purpose handed down directly from our Lord!

Help For The Oppressed

David Eubank founded the Free Burma Rangers, a humanitarian organization providing emergency medical care, shelter and food supplies in the Burma, Kurdistan and Sudan war zones. He’s joined in this work by his family. In fact, they’ve spent the past 20 years in the jungles of Burma.

Some would call this type of family life crazy. But what some consider crazy, David says is a calling from God!

RELATED: Men with guns told a Christian woman to deny Jesus, but she refused

Both David and his wife wanted to give their children an upbringing that was "rich physically and emotionally." And it’s certainly been a childhood unlike one most of us can imagine.

"They've been shelled, shot at, they've grown up like this," David said.

More recently, the Eubank family felt God calling them into Iraq to aid in the war against the Islamic State.

Now located amidst some of the most intense fighting in Mosul, the family operates under the belief that if other families are forced to live in war zones, then they should be on hand to help. 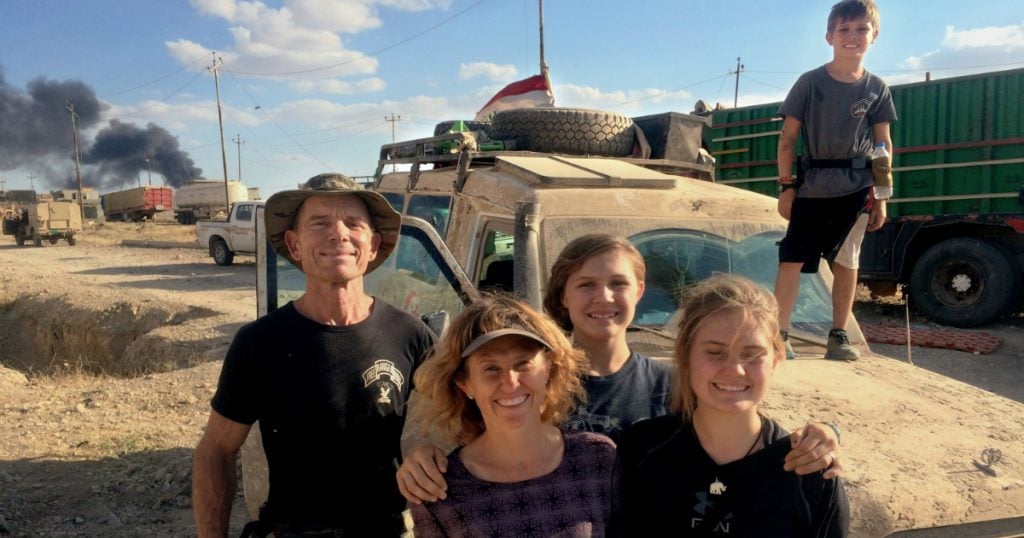 "Our deal is that if there's another family there, we can be there. Americans aren't worth more than anyone else," David explained.

Crazy Courage From Above

David’s place is right on the front lines. It’s where you’ll see his crazy courage in action, like when he raced directly into the line of fire to save a little girl estimated to be about 5 years old.

WATCH: Veteran Rushes Into Gun Fire To Save Girl

David has seen firsthand the evils of ISIS. The day before this veteran rushes in to save the little girl from the video above, ISIS opened fire on about a hundred people trying to cross the road. David wasn’t able to help them, and found about 70 bodies.

They assumed the rest of the folks were dead. But the next morning, they saw there were survivors, backed up against the wall so ISIS couldn’t shoot them.

“So we prayed, ‘God help us! How do we help these people?’" David recalled.

RELATED: Christian girls are miraculously saved from ISIS after sending a text message

During that battle, David thought of the Bible verse, John 15:13: Greater love hath no man than this - that he lay down his life for his friends. And the next thing you know, the veteran rushes right into the ISIS gun fire to save a little girl.

“I thought that little girl could be my girl. And so I prayed,” David says of the moment he decided to act. “But I thought, ‘If I die right now, my wife and kids will understand it's for the love of that girl.' And that's why I did it."

After a day of crazy courage, the humble hero goes home to his family, who lives right there with him in the war zone. Like David, they rely on God and prayer to see them safely through the danger.

David says that if the family ever gets scared, they pray about it. So, while he’s out on the front lines evacuating families as they come under sniper fire from ISIS, his wife, Karen, is homeschooling their 3 children in a room above a medic station deep inside the city. 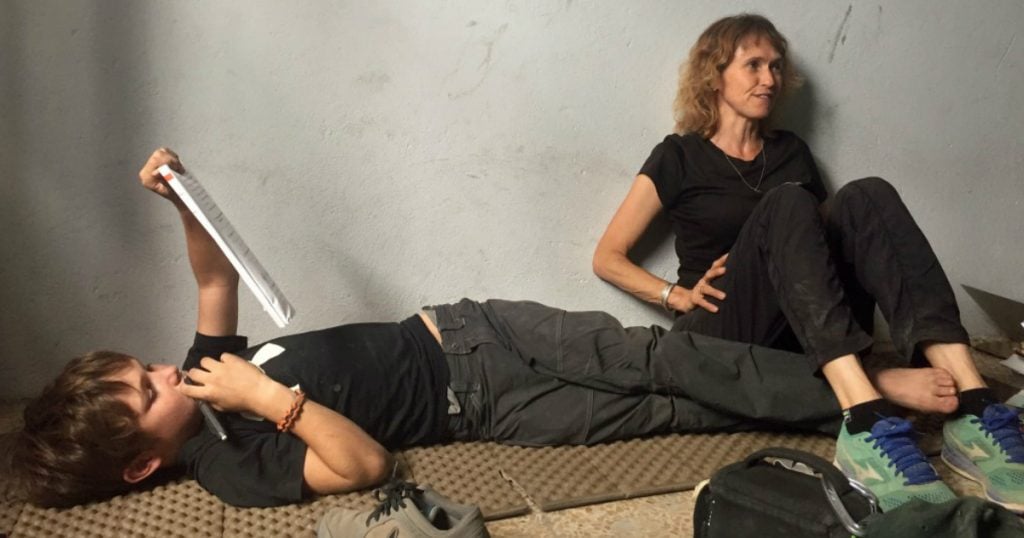 Usually they get about five to six hours of lessons a day. But of course, when being homeschooled in war zones, disruptions often occur, too. Their learning is mixed with assisting and giving supplies to fleeing Iraqis coming through the medic station.

Certainly, more than a few people would consider this type of upbringing crazy. But David disagrees.

"I don't want my kids to die. I don't take them purposefully to the fighting," he said. "We pray and think about every risk."

Even Brig. Gen. Mustafa Sabah, a brigade commander with the Iraqi Army in Mosul, thought it was crazy when David showed up with his family in tow. But now, he’s not so sure.

"I thought, ‘This is not the right place for children,' " he recalled. "But then when I got to know them well, I realized this is what makes them happy, and they really believe in what they are doing."

Brig. Gen. Mustafa Sabah went on to explain that the family gives “positive energy to everyone around them.”

And as for the Eubank’s children, they consider their unorthodox upbringing a blessing. While their oldest daughter, Sahale (16), admits she’ll never know the “normal high school” life, she considers it a gift to have the opportunity to help the people in these war zones.

YOU MAY ALSO LIKE: Terrorists tried to kill Christians on a bus, but passengers stood up for them

"Here, anything can happen any day," she said. "We get to drive, we get to travel all over the world with our parents, just learn more things about the world."

What an incredible testimony!