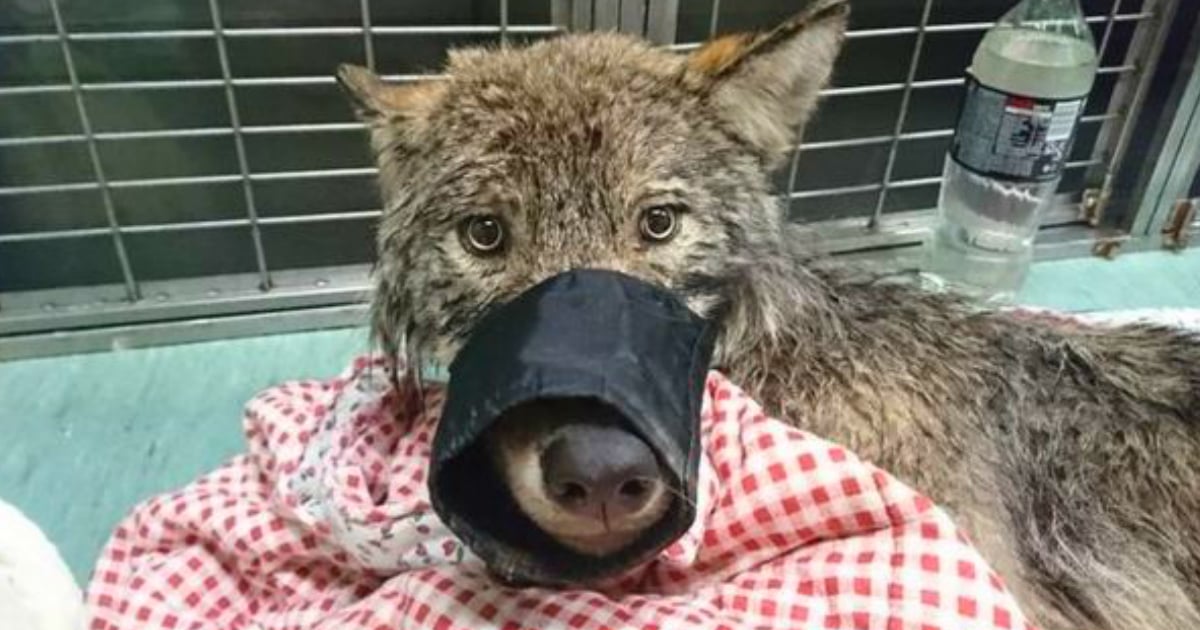 Construction Workers Rescue A ‘Dog’ That Isn’t Actually A Dog At All, He’s A Wolf
Read Article »

A devoted son decided to put a camera into his elderly mom’s bedroom so he could keep an eye on her. And that security camera wound up catching the terrifying moment a snake attacked the sleeping Grandma!

If snakes give you the heebie-jeebies, you’re not alone. The fear of snakes is called ophidiophobia and is fairly common. In fact, a study from 2001 even found 51% of Americans feared the slithery creature.

Even so, when a man in Thailand felt the prompting to install a security camera into his elderly mother’s bedroom, I doubt snakes had anything to do with it. He likely feared the typical risks threatening the elderly – falls, illness, and so on.

As it turns out, there was something else this devoted son needed to see. And the cameras were in place just in time to catch the terrifying event!

75-year-old Kaew Sudsopha was fast asleep in the wee hours of the morning when a python entered her home through the toilet. The snake slithered out of the bathroom and into the sleeping grandma’s bedroom.

The woman’s foot dangled over the bed as she snoozed and you can see in the tense video as the woman’s twitching catches the serpent’s attention.

The python stages its own kind of standoff and when the grandma’s foot again twitches in her sleep, the snake strikes out.

“I thought I was having a nightmare,” the woman later explained. “There was a sharp pain in my foot and I woke up. I turned on the torch and noticed something moving on the floor. That’s when I saw the snake.”

Amazingly, the 75-year-old grandma keeps her cool. She managed to get out of the bed and fled to safety, avoiding any further attacks from the python.

“I’m proud of my mother for staying calm,” the woman’s son said. 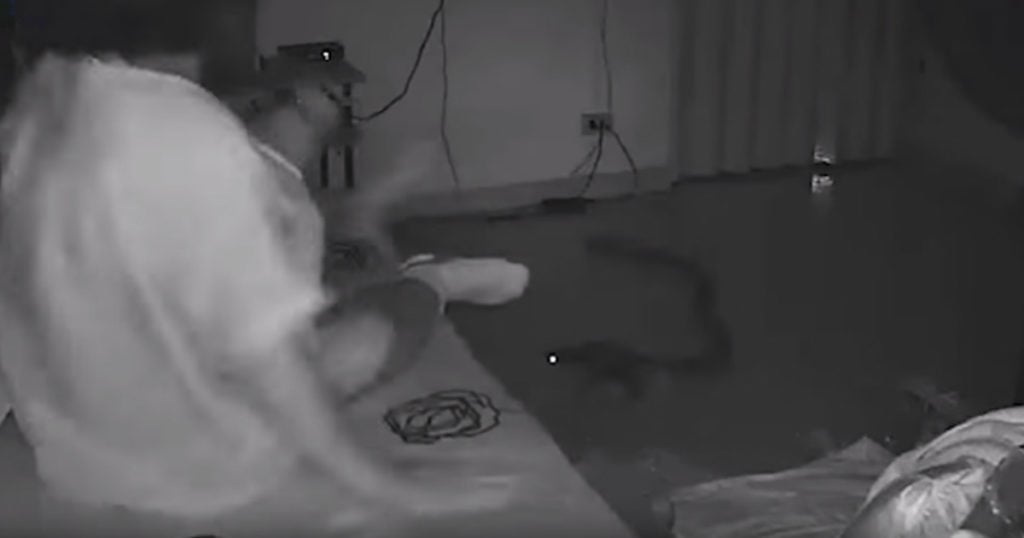 The man rushed into his mother’s room from next door, turning on the lights and chasing the snake away. He stayed with his mom, protecting her until rescuers arrived and removed the rogue reptile.

“I want others to be aware that accident could happen any time, even while you were sleeping,” the son said when sharing the footage online. “If your house was located near fields or rivers, it should be best to try and prevent the snake from coming into your house.”

The incident left the grandma shaken, but thankfully, unharmed. Thank God her son had the cameras installed when he did!

You can watch the nerve-wracking video below, but please keep in mind it may be too disturbing for some audiences.