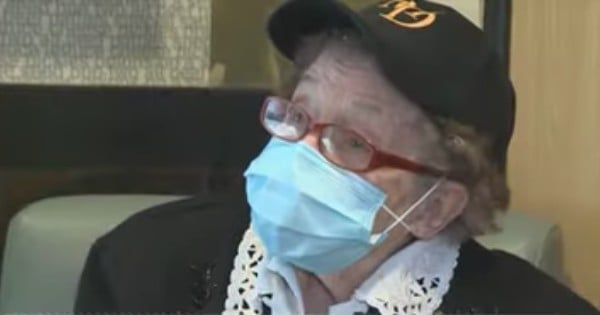 After a stolen dog was found and returned to the vet's office, a man ended up running 2 miles for her instead of sitting in traffic. The man's gas gauge was almost completely empty, but he didn't risk that getting in the way of getting his pooch back!

On a normal Sunday evening walk with her miniature dachshund Minnie, two men attacked Joanna Fox. Joanna described it as a "peaceful evening" in Derbyshire before the incident.

RELATED: Dog That Was Stolen From His Home Is Reunited With His Owner

A little after 8, the men seemingly came out of nowhere and pushed Joanna to the ground. One man threateningly held his fist in front of her face, as if to punch her. The other man snatched up helpless little Minnie by the collar. Joanna said she heard Minnie "shouting in pain" as the thieves took her away.

Appeal for information after #Dachshund stolen in #Woodville: https://t.co/Zy6Fcnu4Br pic.twitter.com/nrJ3j8PDbh

Thankfully, the Fox family soon got a call from the local veterinarian that someone found their stolen dog and brought her in. Joanna's son, James, wasted no time and hopped in his car.

Stolen Dog Found And Reunited Against All Odds

On his way to the vet, some bad traffic left James stuck. But that wasn't the only problem. He was about to run out of gas.

James, again wasting no time, ditched his car and began running toward the vet's office, taking general directions from strangers along the way. James wasn’t letting anything get in his way now that they’d found their stolen dog!

"There was that much traffic I thought it was quicker to run," said James. "I wasn't thinking – I had three miles [of fuel] left in my tank too and did not want to risk it."

Once James finally arrived at the vets, he said that Minnie "jumped in my arms and did not want to get out."

YOU MAY ALSO LIKE: Tiny Dog Falls Into Pool And Cameras Caught The Moment A Furry Angel Came To His Rescue

Minnie reunited with her loving family safely and only endured a couple of scratches on her snout.