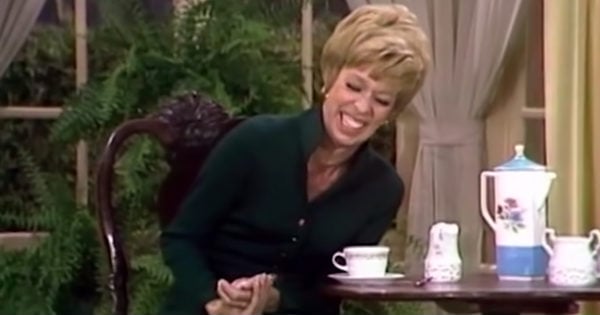 Here Are The Best Carol Burnett Show Bloopers, In Case Your Day Could Use A Pick Me Up
Read Article »

Tim Conway and Harvey Korman were a match made in Heaven when it comes to comedy. But that wasn’t exactly the case for their characters in a classic skit from The Carol Burnett Show. And Tim played his role as the new Angel so well, Harvey couldn’t help but crack up several times!

Harvey Korman plays Angel Haddington. And he’s less than thrilled when he finds out that he is getting a new angel as a "cloud mate".

As this new angel, played by Tim Conway, and Angel Haddington get acquainted with each other, it is clear that Harvey Korman's character gets very irritated by the new angel's antics.

Hilarious Antics Have Everyone Rolling

The new angel annoys Angel Haddington by jumping on top of him while he is getting into his top bunk. He also keeps making noise while Angel Haddington is trying to tune his harps, and he starts messing around with the halos and throwing them up in the air.

The interaction that goes on between the two angels is so comical to watch, especially when Tim Conway and Harvey Korman end up breaking character and laughing a bit between their lines.

"It was always Tim’s goal to make Harvey crack up and break character during filming," writes one person on YouTube. "Everyone else was fair game too, but especially Harvey. That just made it all the more funny."

"These two guys always have made the best comedians together," commented another person. "Thank you both for all the laughter throughout the years."

The Carol Burnett Show put on hilarious skits like this for 11 seasons and 278 episodes. It was a show that brought sketch comedy, song, and dance all together and entertained viewers of all ages. And Tim Conway and Harvey Korman were a big part of the program.

During its run, the show won 25 Emmy Awards and 8 Golden Globes, making it one of the most honored shows in television history. And even after the show ended in 1978, it remained in syndicated reruns for many years.

We hope this skit from The Carol Burnett Show brought a smile to your face and laughter to your heart.