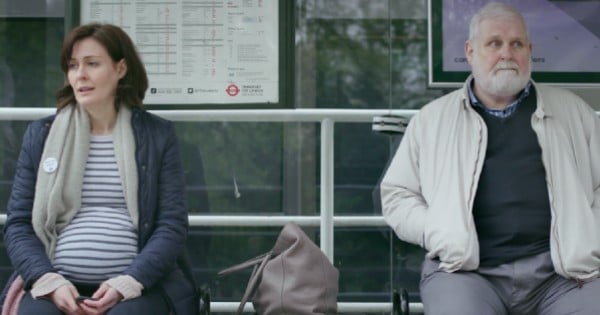 When you let go of balloons containing wishes you never truly expect someone to find them or write back. But two little girls' wishes came true. A set of Kansas twins tied their wishlist to a balloon and let go, then a stranger 650 miles away finds it.

Alvin Bamburg was out hunting deep in the woods of Louisiana when his sight rested on something rather unusual. It was faded red, covered in star strikers, and laying on the ground.

Curious, Alvin picked it up when he realized the balloon had two letters taped to it. Addressed to Santa, the letters contained quite the wishlist.

RELATED: Boy Sent A Letter To Santa Over 100 Years Ago And It Shows Just How Much Kids Have Changed

But then Alvin realized the address on the letters. It had come from a town in Kansas. He was shocked the balloon had not only made it 650 miles but that he had found it.

Because nothing in this world is a coincidence, Alvin prayed he could find writers of the wishlist. He wanted to bless them even though Christmas had passed. So, he took to Facebook to ask for help.

He captioned the post, "Would love to know when it was launched. Looks like it traveled over 600 miles. I was hunting and found it. This letter and balloon was made with love. The note was folded and it was sealed with a single red star. I just think something special will come out of this."

Much to his surprise, he found the girls who wrote the precious wishlists. Four-year-old twins, Luna and Gianella Flores-Gonzalez had written it and launched the balloon in early December.

Avin had found it in January but that didn't stop him from contacting their mom, Leticia.

She commented on Alvin's post, “Never did it cross my mind someone would find my twins letter to Santa. Tomorrow is not granted and I try my best to do such little things with my girls so they one day look back and have beautiful memories with their mommy.”

Then Alvin got to work being Santa's helper. He got everything on the list from the balloon they let go of and sent the packages in the mail.

Meanwhile, Leticia told the girls they had a special Elf by the name of Alvin who was taking care of them. After the girls were surprised with My Little Ponies, stickers, and Spiderman toys; there was still one thing on their list that Alvin couldn't send in the mail–a puppy.

So after finding just the right little pup for the girls, he and his wife traveled the entire 650 miles to meet the girls in person and give them a puppy.

What an incredible sight to witness, pure joy. Can you imagine a better ending where a puppy is united with its forever family and a gentleman gets a chance to shower blessings in the form of wishes? What a blessing it truly is to give than it is to receive!

YOU MAY ALSO LIKE: Man Finds A Boy's Touching Message In A Bottle And Responds

"In everything I did, I showed you that by this kind of hard work we must help the weak, remembering the words the Lord Jesus himself said: ‘It is more blessed to give than to receive.'" Acts 20:35

WATCH: Kansas Twins Tied Wishlist to a Balloon, Stranger 650 Miles Away Shows Up at Their Door