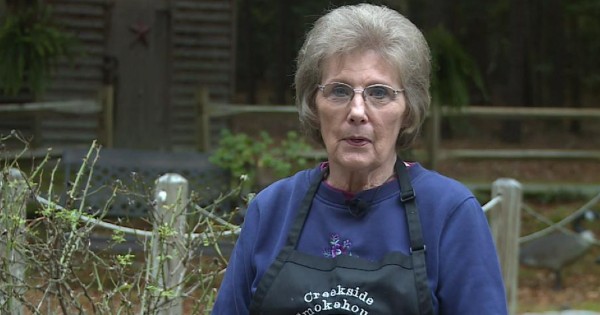 In 1915, 7-year-old Homer Mellen sent a letter to Santa. And more than 100 years later, the boy’s note shows just how much things have changed!

A treasured family heirloom is being enjoyed all over the world as a reminder of simpler times. It’s a letter written in 1915 around Christmastime by Laurie Bloomfield’s grandfather, Homer Mellen.

Homer was just 7 years old when he sent the letter to Santa. It read,

Will you please send me a box of paints, also a nine cent reader, and a school bag to put them in. And if you have any nuts, or candy, or toys to spare, would you kindly send me some. And you will please a seven year old boy.”

The family kept this sweet letter and passed it down from generation to generation. Laurie made it public, though, in 2013, when another little girl went viral with her extravagant Christmas list.

Drew Magary had quite the laugh reading his 7-year-old daughter’s over-the-top Christmas list. The wishlist consisted of a few realistic requests. But the rest were a mix of big-ticket items, like $1,000 and an iPod Touch, to completely ridiculous demands like “A little thing that can turn into anything at any time.”

Drew couldn’t resist sharing his daughter’s list along with his hilarious commentary. And it’s certainly good for a laugh.

But when comparing the list of today’s 7-year-old to the humble letter Homer sent to Santa in 1915, you can’t help but notice how much our society has changed!

“[It was] a testament to a time when things were much simpler,” Laurie says of her grandfather’s letter to Santa. “It is so important because of the sweet sentiment it offers.”

RELATED: Little Boy Sent A Letter To Santa About His Angry Dad And It's Heartbreaking To Read

There are some major differences between the Santa Letters from then and now. Homer’s list was short and focused on a few practical gifts. Any luxuries (toys, candy, or nuts) were considered a bonus and only if Santa saw them fit to “spare”.

Meanwhile, kids these days usually expect to see loads of presents under the tree, not just one or two. They ask primarily for costly luxury items. And most of the “must-have” gifts serve no practical use. They are purely for entertainment. And once the novelty wears off, they are tossed aside instead of serving a purpose for the whole year.

Another interesting thing to note about the letter Homer sent to Santa in 1915 is that it is written in cursive. How many 7-year-old’s these days choose to write in cursive, let alone know how?

Getting Back To The Basics

This isn’t to say the kids these days are bad. But it just goes to show the stark shift in our culture.

A hundred years ago, people worked hard to afford the things that matter. They prioritized “needs” over “wants” and families were truly grateful for what they had.

Today, most Americans live in debt mistaking “wants” as “needs”. Online shopping means instant gratification is only a click away. Yet, in a world full of things and all different ways to “connect”, people are more disconnected than ever.

It’s why the letter Homer Mellen sent Santa over 100 years ago is such a valuable reminder. What better time than Christmas to look to God’s gift to man, Jesus, for inspiration on what truly matters?

Instead of spending this season filling our lives with more things, perhaps we can take a look at what idols we need to give up. Let’s look at all God has already given to us and find joy in the ultimate gift of His Son Jesus!

WATCH: Lessons From A 1915 Letter To Santa