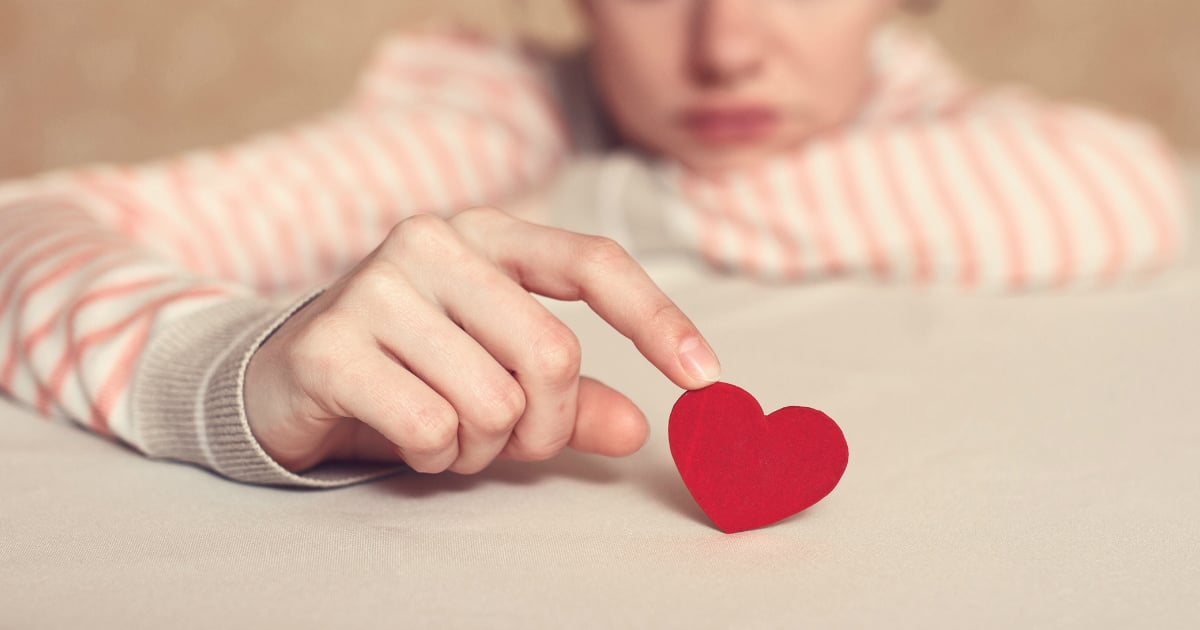 A Prayer For When Family Hurts You
Read Article »

God created men and women differently. And while the Song of Solomon sets the example for the ideal marital relationship, the fact is most of us fall short. Husbands usually don’t hurt their wives on purpose. But Crosswalk’s Molly Parker explores the way a man can make his wife feel ugly without even saying a word.

Days before I got married, my pastor's wife told me, "Your husband will never intentionally hurt you." Twenty-two years later, I believe she was right-for the most part. Yet the key word is "intentionally". Even though the average guy isn't making it his mission to hurt his wife, he can unintentionally leave her feeling rejected, unseen, devalued-and ugly-without ever saying a thing.

Feeling beautiful is complicated. At the surface, there's never been a woman who hated a good hair day. And should her salon-fresh locks catch the eye of her husband, she's likely to hold her head higher, for she has captivated her man. But beauty runs much deeper, and when a husband fails to recognize his wife's many stunning qualities, pain and resentment can set in.

Before I dive into this topic, it's important know one thing: A woman must, above all, understand she is beautiful in the eyes of her Creator. Though she may look to her husband for validation, she must first "let the King be enthralled by [her] beauty" (Psalm 45:11).

Here are 10 ways a man makes his wife feel ugly without saying a word: 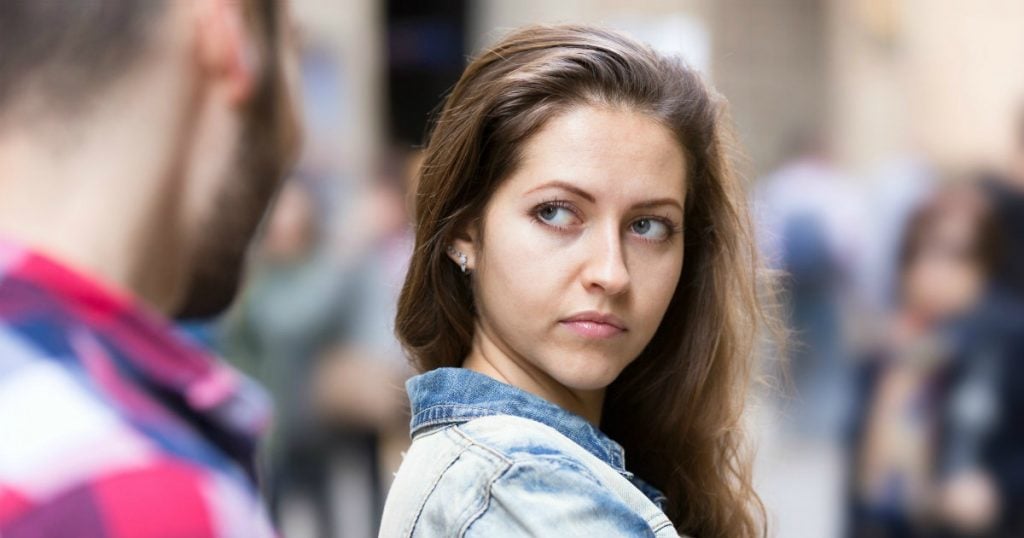 A woman longs to be noticed, and when her husband-the one whose opinion matters most-fails to give a compliment, she begins to wonder, "Am I still lovely? Is something wrong with me?"

So if woman looks attractive while putting on jewelry, she wants her husband to tell her. If a man is amazed at his wife's ability to multi-task, he needs to let her know. If a woman whips-up the most incredible shrimp linguini, her husband should suggest she open a restaurant.

It's no surprise that when a woman's heart is weighed down, "a kind word cheers it up"(Proverbs 12:25).

2. He has no pictures of his wife–anywhere. 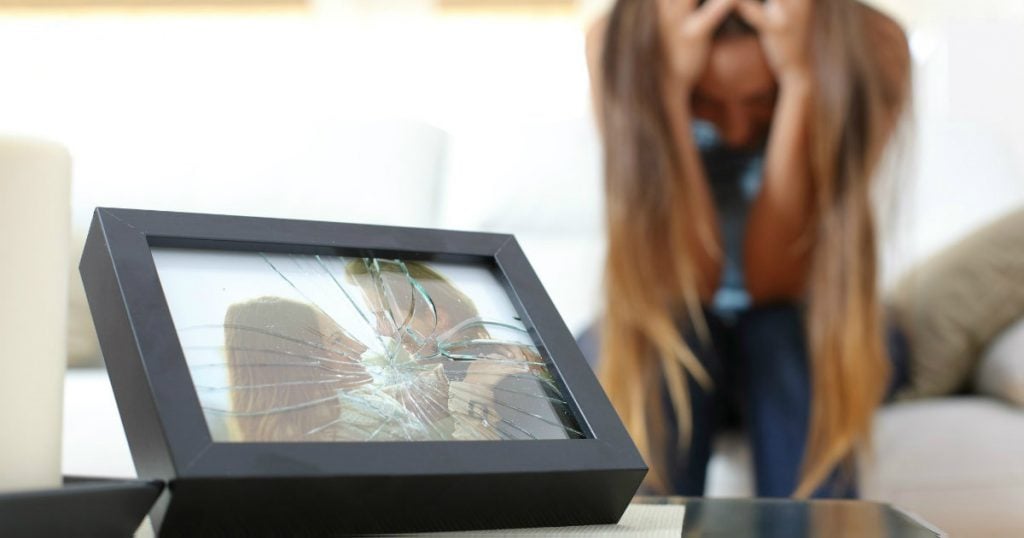 I once visited my husband at work and saw something beautiful: Me! There I was, sitting on his desk-inside a little frame for all to see. I felt honored and cherished, and if I'm honest, a little flirty: Can't get enough of me when you're not home, eh, big guy?

So if a man is serious about affirming his wife 24/7 and is looking for ways to "publicly declare her praise" (Proverbs 31:31), he should frame a photo of her-his favorite one with the flower in her hair-and put it in a place of prominence. Even a quick switch-out of his phone's wallpaper will do the trick. And taking down all girly posters in the garage goes without saying. 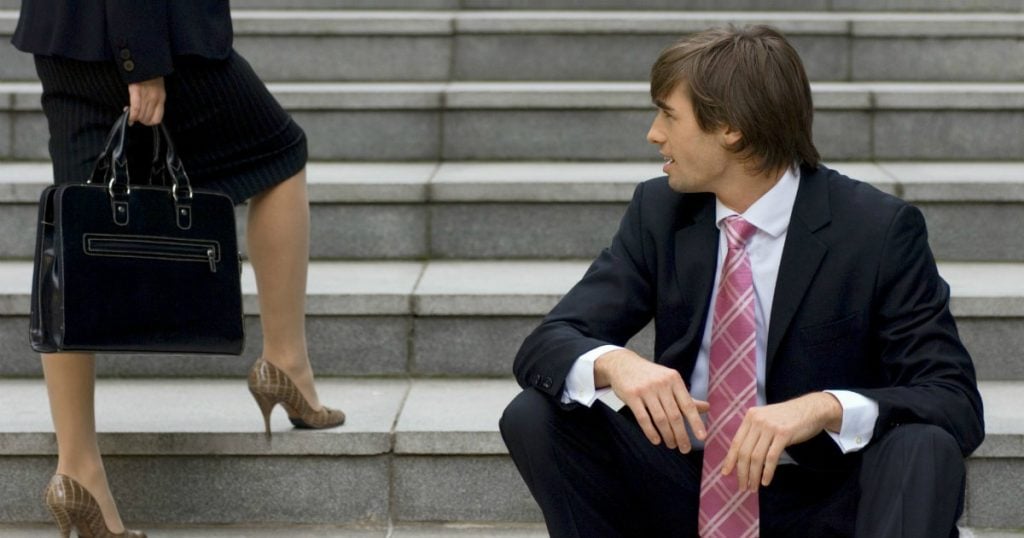 For every married man who does a double-take at the beach or repeatedly glances at the hottie on aisle five, there's a married woman who feels undesirable and inadequate. Eventually she'll believe she's not good enough. And with a steady diet of checking-out the ladies, her husband will come to believe that about her as well.

RELATED: 5 Lies From The Enemy When Infidelity Attacks Your Marriage

4. He never gives her gifts. 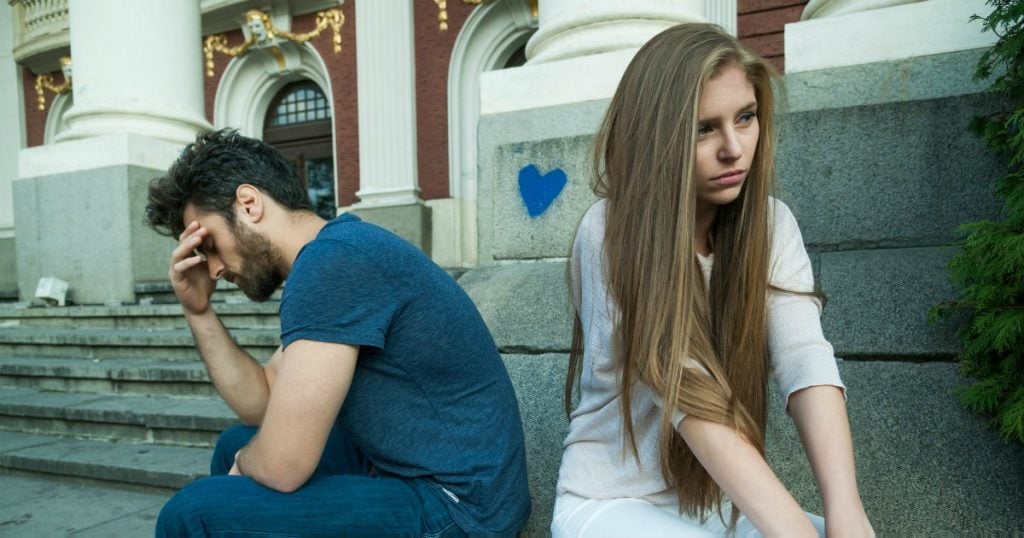 I'll never forget how pretty I felt the day my husband bought me a blouse he picked out all by himself. Why? Because he thought I’d look good in it. I then pictured him shopping, saying to himself, "I want to see her in this." The entire gesture made him attractive to me and made me feel attractive; it was a win-win.

But the best gift a man can give to his relationally-wired wife is himself. And talk about a win-win, for it'll free her to become generous in return (Proverbs 11:25). Poet Kahil Gibran once wrote: "You give but little when you give of your possessions; it is when you give of yourself that you truly live."

5. He constantly looks at his phone. 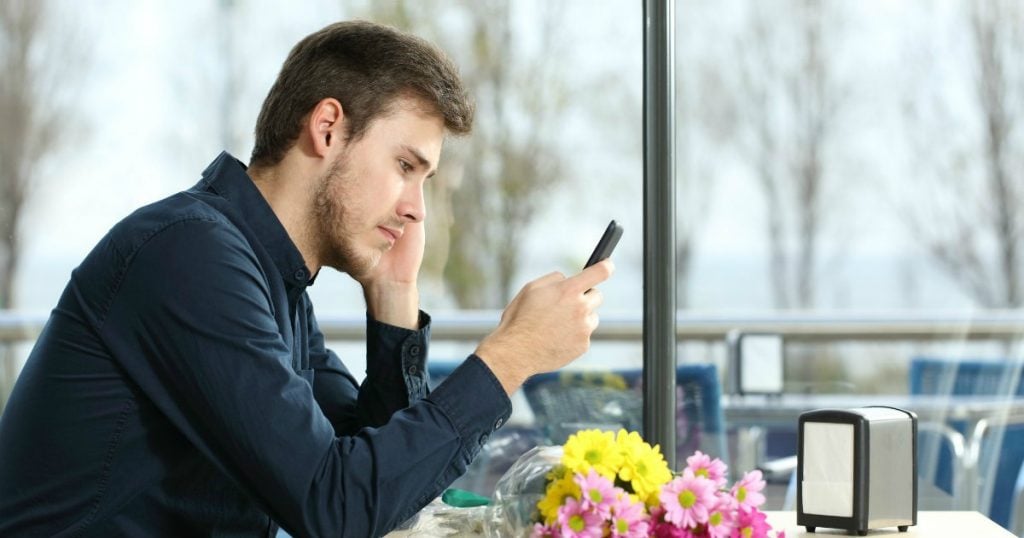 The days of sitting together-on a couch, at a restaurant, in the car-without the lure of a phone, beckoning to be checked every 18 seconds, are long gone. But when a man makes the first move and puts his phone down, making eye contact like it was their very first date, his woman is sure to feel seen and heard-the very opposite of ugly.

1 Peter 3:7 says a man is to live with his wife "according to knowledge," which means to know her, and the only way that can happen is to limit distractions. 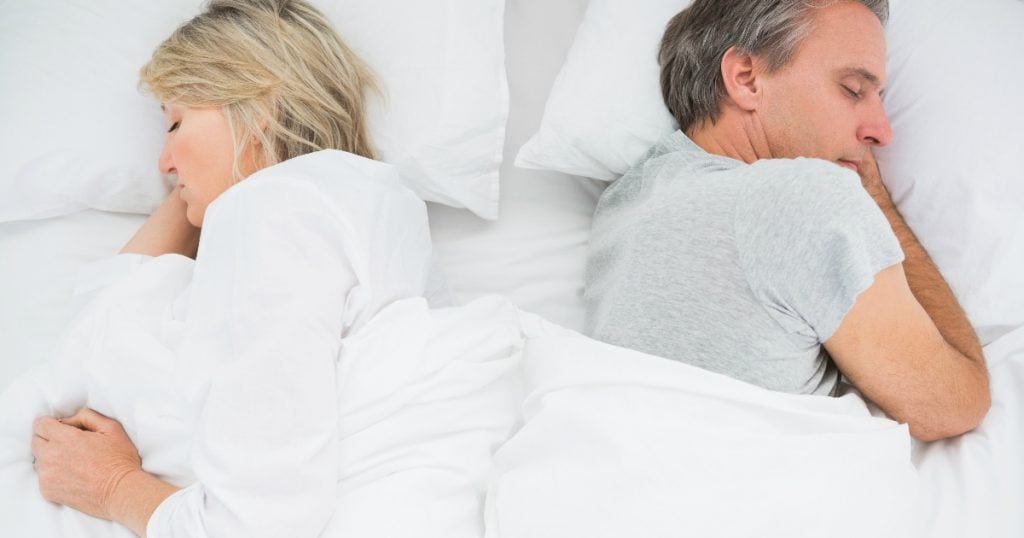 So when a man wants sex and only sex, his wife feels used-like an appliance-because he only sees her as having one function. But the husband who "renders to his wife the affection due her" (1 Corinthians 7:3) is a man who knows how to make his wife feel beautiful.

7. He eats the last cupcake so she won’t. 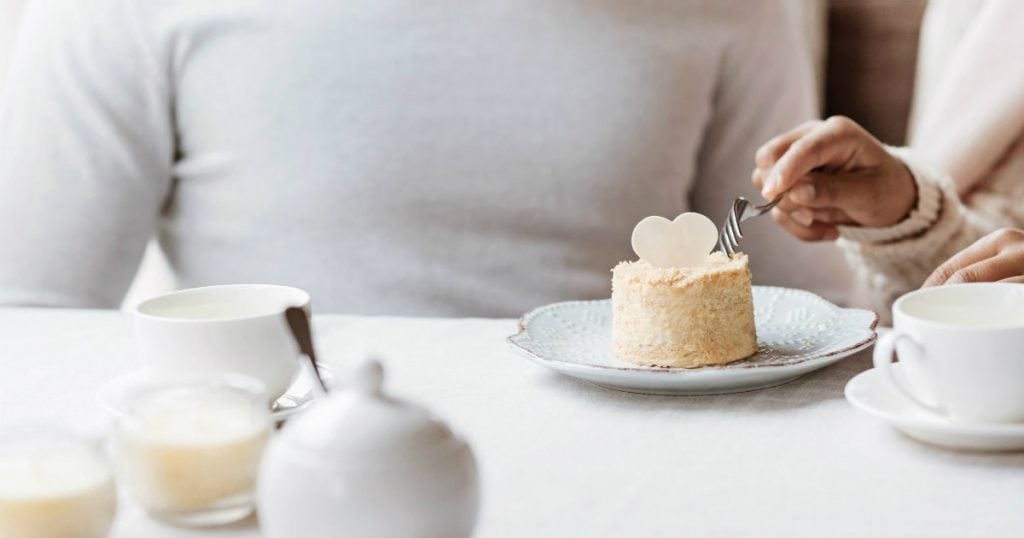 When a man eats the last cupcake to "help" his wife lose weight, or when he strategically places her gym shoes at the foot of their bed, she is going to feel straight-up ugly. Though he thinks he's doing it on the sly, she knows exactly what's going on.

So it's important that a husband shows affection for his wife now, fit or not. And soon he'll see her body as the most alluring in all the land, and will "rejoice in the wife of his youth" (Proverbs 5:18).

8. He prefers all things man cave. 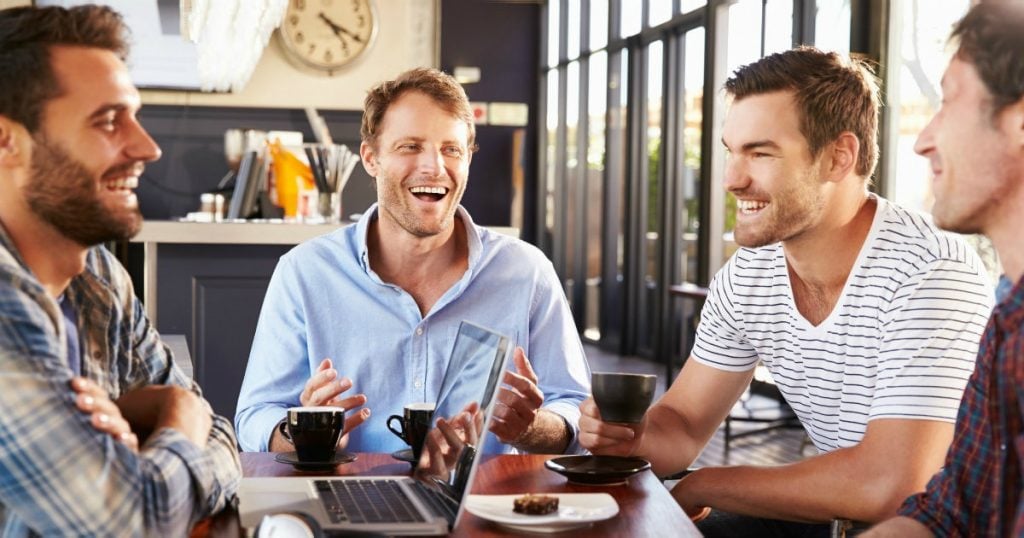 Every man needs a place to unwind, a place to hang with friends, talk shop, watch sports, and burp freely. But when his place to unwind is more like a place to escape, his wife will wonder why he no longer seeks her companionship. Throw a vice into the mix, such as alcohol, and she'll fear losing him altogether.

A woman can certainly push her husband away. But if a man really tries, asking God for help, he might one day "enjoy life with the woman whom [he] loves all the days of [his] fleeting life…" (Ecclesiastes 9:9); his wife will begin to flourish before his very eyes.

9. He doesn’t mind when other men give his wife attention. 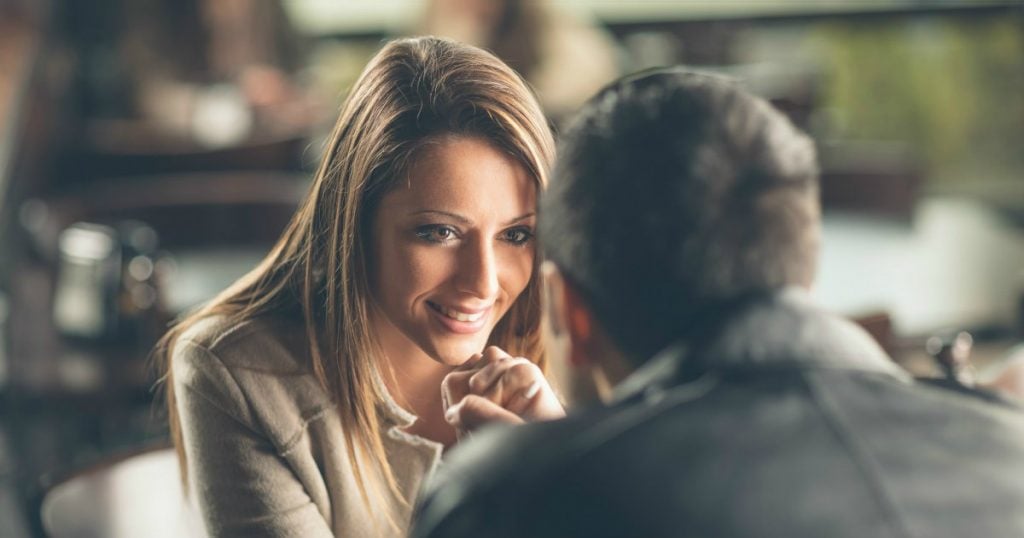 Not all jealousy is sinful. If a husband catches another man flirting with his wife, he has a right to be jealous; he should be jealous. Just like God gets jealous when people and things pull us away from him (Exodus 34:14), it's perfectly appropriate for a man to feel the same with his wife-in a healthy, non-creepy way, of course.

So in an effort to honor and defend his wife, not being careless about his commitment to her, a man must keep an eye out. Not only will a touch of healthy jealousy protect his marriage, it'll make his wife feel quite the catch.

10. He speaks more favorably of other women than his wife. 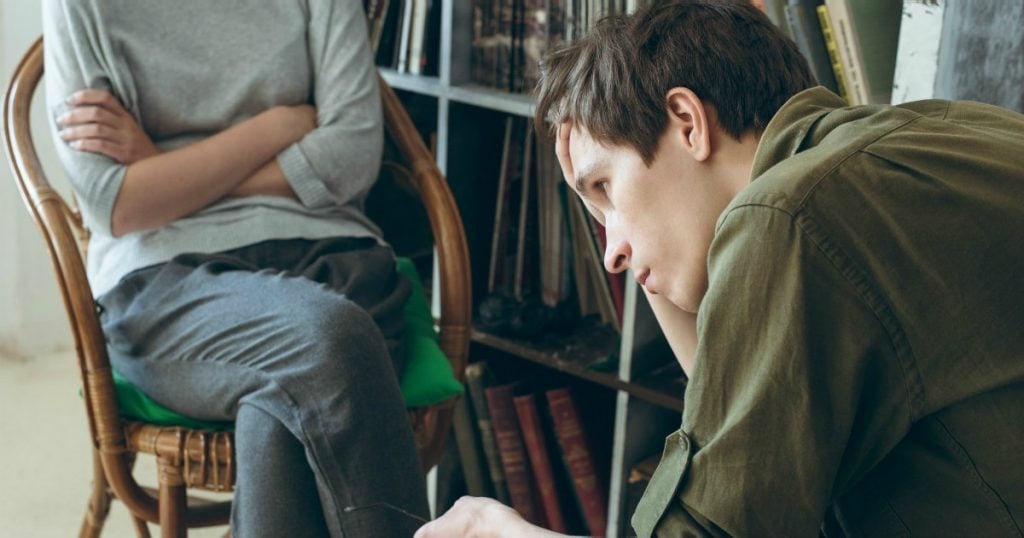 When a wife overhears her husband refer to the lady next door as "gorgeous" and the gal in accounting as "brilliant"-two words he has never said to her-she will feel anything but beautiful. This is especially true when Miss Gorgeous and Miss Brilliant are acquaintances of the couple, not mere images out of Hollywood.

Sure, every woman has something beautiful to offer the world, a beauty for all to see. But within marriage, a woman feels like one-in-a-million when her husband thinks this of her: "My dove, my perfect one, is unique" (Song of Songs 6:9).

Now wives, there are some things we do that unintentionally leave our husbands feeling disrespected. Learn about those here: 10 Ways Wives Disrespect Their Husbands (without Even Realizing It)

YOU MAY ALSO LIKE: 6 Things To Remember When You Don't Think Your Spouse Can Change