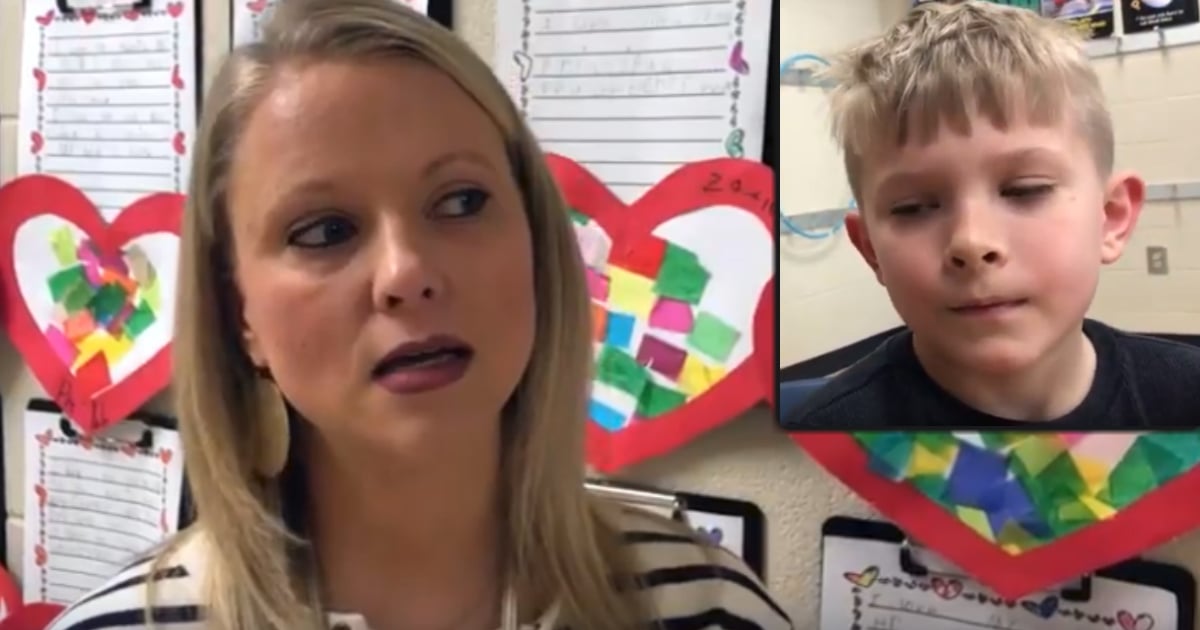 Things could have gone very differently for 2 sisters missing in the woods. After their parents endured 44 hours of worry and torture, God brought 8-year-old Leia and 5-year-old Caroline home safe and sound. And this real-life survivor story is truly incredible!

Leia and Caroline Carrico gave their parents and their entire community a huge scare. The 2 sisters went missing in the California woods. And with the rough terrain and poor weather conditions, everyone feared the worst.

But thankfully, God had already equipped these girls for the terrifying ordeal!

At 2:30 pm on Friday, Misty Carrico busily prepared a load for the dump. Her daughters began pleading for her permission to go on a hike. Their mom told them to wait. But children don’t always listen to their parents.

RELATED: Young Hiker Lost Her Faith Until Stranger's Motherly Instincts Save Her Life

The young girls took off into the woods and wandered past a fallen tree on their family’s 80-acre property. Their dad had warned them never to take this path. But again, being kids, they didn’t listen.

In no time, the girls were lost. And when their mom realized her daughters hadn’t listened, it was already too late.

Worried, Misty called her husband, Travis. Travis felt certain the girls would pop up. He came home and rode his motorcycle all around the property. But when he couldn’t find them either, the terrified couple called the police.

“I went through every emotion you could think of, everything from thinking it was a dream to balling up and crying,” Travis Carrico.

Police Launch An Extensive Search For The Missing Girls

The Humboldt County Sheriff’s Department launched a wide-spread search for the sisters. The rescue effort drew more than 200 law enforcement and military personnel and included tracking dogs and even Black Hawk helicopter.

The search stretched on past Saturday into Sunday. With the nasty conditions, Misty and Travis feared the worst.

RELATED: 2 Girls Got Lost In The Woods But A Furry Angel Watched Over Them The Whole Time

“I wasn’t hopeful after the first night and it being 38 degrees and it pouring, pouring rain,” Misty Carrico said. “I constantly heard my kids screaming for help in my head.”

Certainly, plenty could have gone wrong in the 44 hours the 2 sisters were missing. But our God is a God of miracles. And He clearly had His hand of protection around them!

WATCH: 2 Missing Sisters Open Up About Their Time In The Woods

After hours and hours of searching, a fire captain and firefighter finally got a break. They discovered boot tracks belonging to Leia and Caroline. Following those tracks, they also found granola bar wrappers.

“The wrappers showed us a direction from where they started to where the wrappers ended up at,” Lt. Mike Fridley said.

And on Sunday morning came a miracle. The tracks eventually led to Leia and Caroline who were found safe and sound deep in the woods!

Lt. Fridley says he got the honor of calling Misty with the good news.

“She melted on the phone,” he said.

For an 8-year-old and 5-year-old to go missing in such treacherous conditions for that long, the rescue truly is a miracle.

“When our searchers found them … they were in good spirits. Rescuers were surprised. They were happy to see them,” Humboldt County Sheriff William Honsal said.

Leia and Caroline used survival skills they picked up from family camping trips and participation at their local 4-H club to make it through their time in the woods. God had clearly been preparing the sisters for a time such as this!

After wandering for some time, the girls realized they needed to stay in one place in order for a rescue party to find them. So, they hunkered down.

Using Caroline’s rain jacket for shelter, the 2 sisters huddled together under a huckleberry bush they started calling their “huckleberry home”.This kept them out of the pouring rain.

“Hypothermia could have set in, but they kept dry,” Sheriff Honsal explained. “That was the key thing for these girls.”

They also drank rainwater from the huckleberry leaves, a survival tip their parents taught them. With hardly any food and no water, this was another crucial decision.

It must have been terrifying for these two girls as they waited for rescue.

“Caroline slept a little, but I kept watch on both nights,” big sister Leia said.

And at last, the long awaited rescue came.

“We heard crackling and we thought we heard somebody say, ‘Dad,'” volunteer Fire Chief Delbert Crumley said. “And we called their names again and they said, ‘We’re right here.’ I think I was more excited than they were.”

An hour after rescuers found Leia and Caroline safe and sound, the brave girls enjoyed an emotional reunion with their parents.

“I was so worried about you,” Travis Carrico told Caroline.

Everyone was just so glad the girls were back home. There’s no question their safe return is a miracle.

“The reunion was emotional,” Sheriff Honsal recalled. “Anyone who has a kid understands losing a kid for 10 minutes in the mall … [these] parents went through 44 hours of that and didn't get any sleep and to finally see the kids safe and sound it was an emotional release, absolutely.”

After reuniting with their parents, an ambulance took Leia and Caroline to the hospital. There, they cuddled together in one bed and ate pizza.

Leia and Caroline Carrico eating pizza in the hospital tonight after spending the wknd lost in the woods in Humboldt County,after wandering too far from home. Their Mom told me they hid in a Huckleberry bush and lost their voices yelling for help until rescuers found them this AM pic.twitter.com/FPueQvCMdk

Thankfully, God blessed these girls with quick-thinking and the ability to handle themselves in an emergency situation.

“As far as their appearances go, no scratches, they weren’t wet,” Sheriff Honsal said. “They were smart enough to stay under canopies of tall trees and stay near tree trunks. They hiked all the way to the location and stopped when they knew they were lost. That was exactly what they were supposed to do. They looked like they were out for a stroll, like they were gone an hour from the house. They were anxious to see their parents.”

As for Leia and Caroline, they’ve learned their lesson. The 2 sisters say they won’t wander off ever again unless they have the GPS their mother is ordering them.

“They saved each other,” Misty said now that the terrifying ordeal is over. “I’m the proud mom. I raised super heroes.”

YOU MAY ALSO LIKE: Grandma Learns the Sinister Story About Her Abduction 40 Years Ago

“Be strong and courageous. Do not be afraid or terrified because of them, for the LORD your God goes with you; he will never leave you nor forsake you.” Deuteronomy 31:6