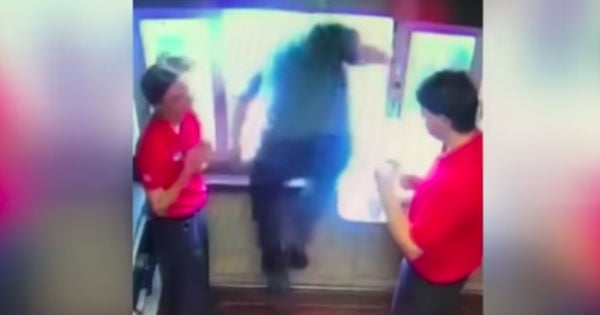 Sam Suriakumar lives in the UK with his wife, Sindu, as well as his daughters Avanna and Arya. The 34-year-old began having a very serious seizure, and his daughter's quick-thinking saved his life.

RELATED: Bed-Ridden for 9 Years, She Never Stopped Praying to Dance Again with her Husband

Avanna, Sam's 5-year old daughter, took her younger sister Arya into another room, where she phoned their mother, Sindu. The girls were also successfully able to get in contact with help, and paramedics were dispatched to the home for Sam. The two also followed emergency services' directions and moved their father into a safe position.

The father shared how proud he was of his young daughters, "I am so proud of my girls, particularly Avaana, who literally saved my life," he stated gratefully.

Sam then went on to add, "She was protective of her little sister and then called for help. Somehow she managed to remain calm and did everything she was told."

At Avanna's school, she was given a golden door award because she handled her father's emergency situation so bravely, and in a calm manner. “I was unconscious for around five minutes and, when I came to, I was very confused and disorientated. It wasn’t really until I was in the hospital that I realized how serious it had been,” said Sam.

He then added, “I was very touched when the paramedics who had been at the house came to see me. It was very emotional to hear them say how amazed they were by how Avaana remained calm and responded in the way she did, when it must have been so frightening for her. Although, I have been told it looks as if there is swelling around the tumor, the tumor itself doesn’t appear to have changed, which is good news.”

YOU MAY ALSO LIKE: Prayers Needed For Actor Jeff Bridges As He Announces His Lymphoma Diagnosis

The family continues to raise money to help with brain tumor research and hopes to cure Sam's illness. Although their lives will never be the same, things seem to have settled for the family. And they are wishing for the best for their father in the future.