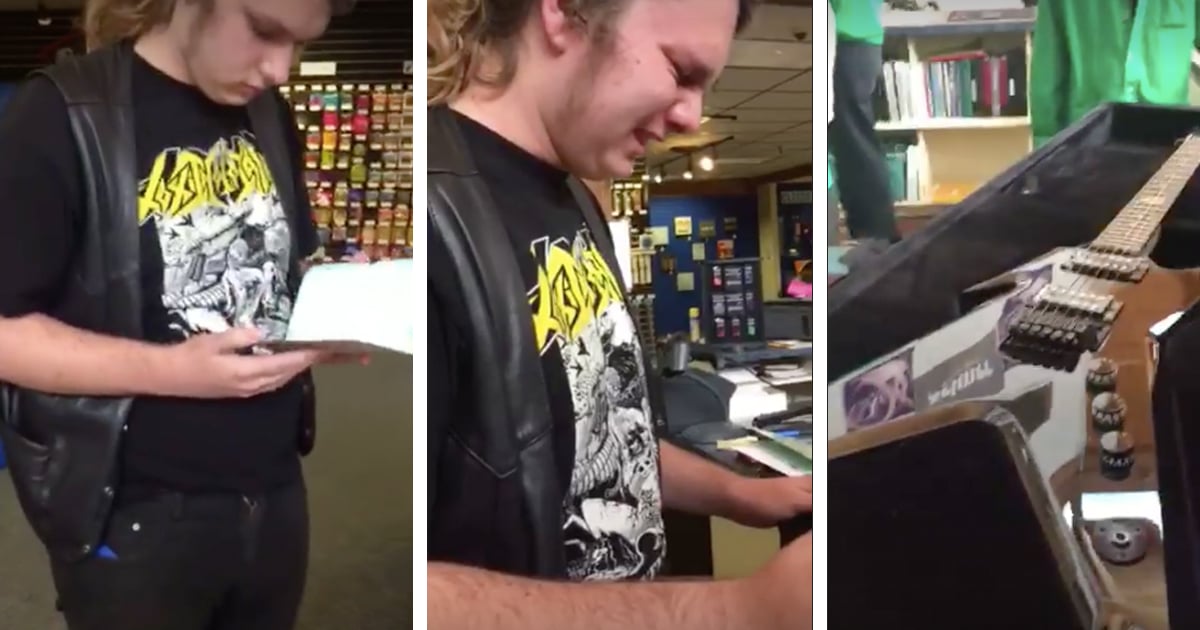 After years of having boys, this couple broke the pattern. Watch as these 6 loving boys welcome a new baby sister to their family!

Stephen and Cher Lair welcomed boy after boy after boy… six times. They love their big family of boys but always hoped to have a girl. When they found out they were expecting again in 2015, the couple assumed it would be another boy. Stephen and Cher hosted a gender reveal party. The results were so dramatic. And the couple posted the video online. That’s when they hit internet stardom, giving countless interviews and landing on"The Ellen DeGeneres Show".

Once the shock of the gender reveal and the overnight fame from their viral video wore off, the Lair’s went back to preparing for their new baby.

"We're not pink people," said Stephen, "but we've got pink in the house now."

RELATED: Boy's Father Gets Deployed, Then He Shows Up At The Neighbor's House

The boys talked about their expectations of their new sister in the house. But before getting to their thoughts on sister, they had the sweetest things to say about their Mom for Mother’s Day.

“I love my mom because she’s having a baby sister” says Shepherd, 7.

“She is really beautiful” offers Jackson, 13.

“I like everything about my Mom!” Campbell,9, states with confidence.

Once the initial fears of having a GIRL in the house and PINK, the boys quickly settled into their protective older brother roles. The Lair boys eagerly awaited their parents’ return with the newest family member.

"We've had a girl's name in the vault for 13 years," Stephen told NewsObserver.

But Cher was second guessing their choice while at the hospital. Ruby Jane Lair.

"It's a great name, "It's a beautiful name." Stephen offered.

When the couple arrived after a three day absence, it wasn’t them that the boys’ attention was on. Within minutes they were duking out who’s turn it was to hold little Ruby.

Ruby Jane instantly grabbed the hearts of her six brothers. Ruby will be smothered with love and protection… and maybe a little sparring over favorite colors!

“This is Ruby, and I love her” quips Shepherd.

“I’m excited that she’s here, I’m scared because it’s a girl… I’m definitely going to be a protector…” offers Campbell.

“She’s as precious as a ruby” states Sawyer.

On Ruby’s first birthday a follow-up video was taken. It interviewed the boys while they held their sister. It’s obvious that her brothers are still over the moon about her. Even if she is loud, squirmy, and a girl.

The boys are so overjoyed with Ruby that when they heard Mom was pregnant again, they only chose female names! Yes, Lair Baby #8.

"Ruby has messed us all up. She reigns supreme. She's at an age now where she's funny and they're all teaching her to say their names," Cher told People Magazine. "They love everything about her...they even love seeing what she's going to wear every day. They think she hung the moon."

Of course, the Lair’s did another gender reveal. This time they had a friend spray silly string in the gender color. But it’s wasn’t pink. The Lairs just welcomed their eighth child… and their seventh BOY! 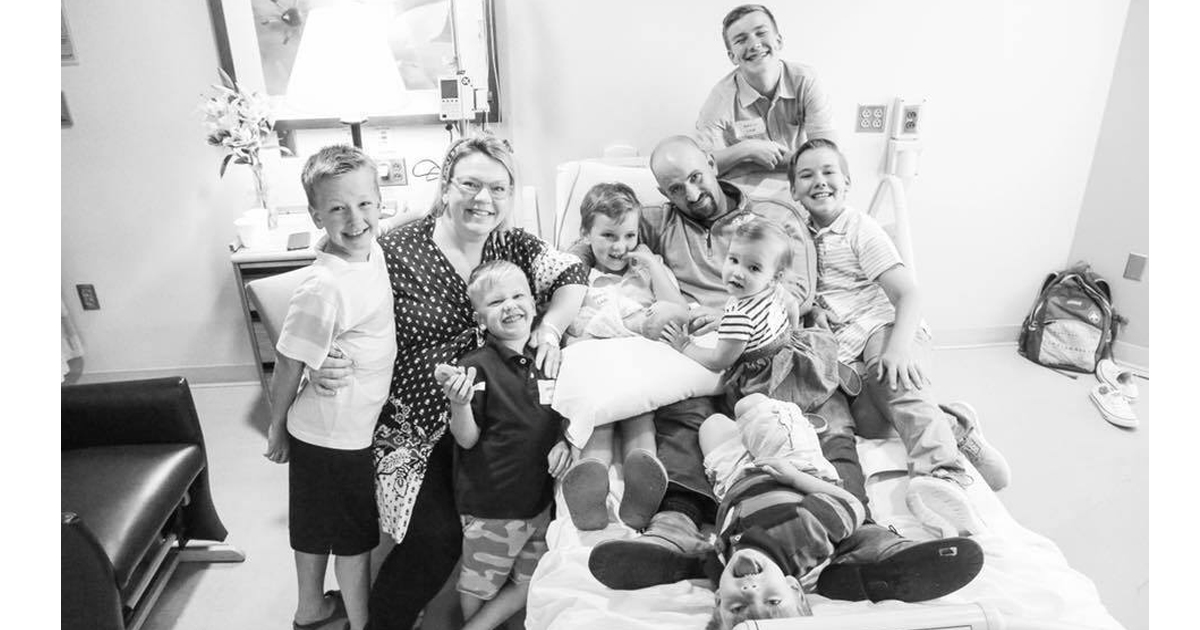 YOU MAY ALSO LIKE: Couple Battles Infertility, Then Winds Up Conceiving 3 Sets Of Twins 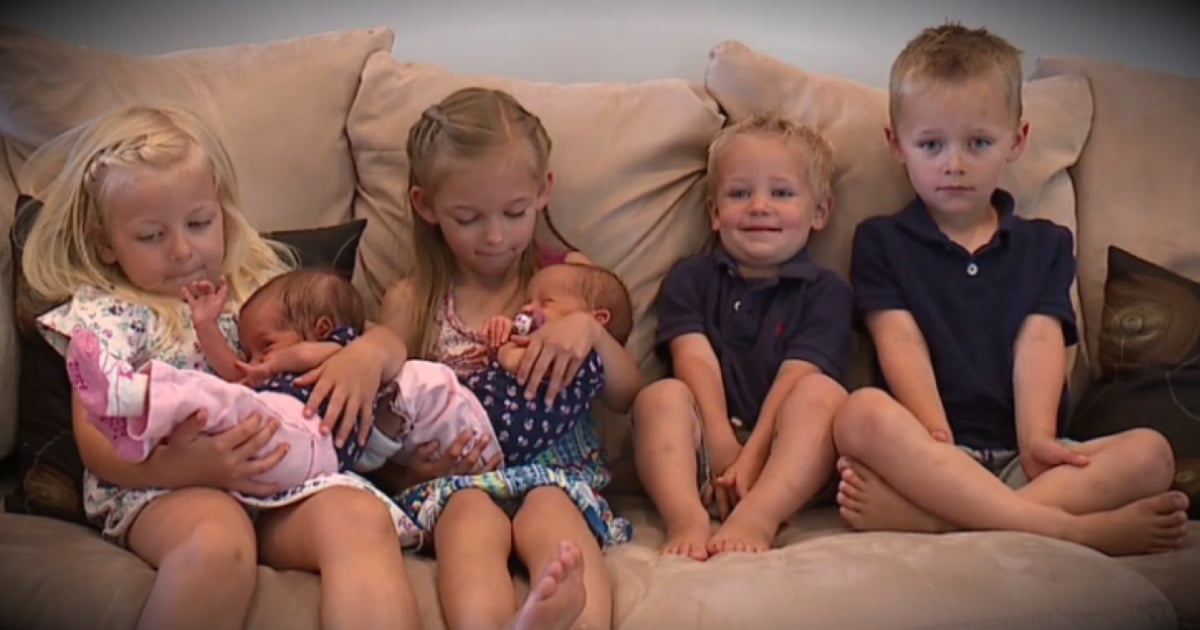