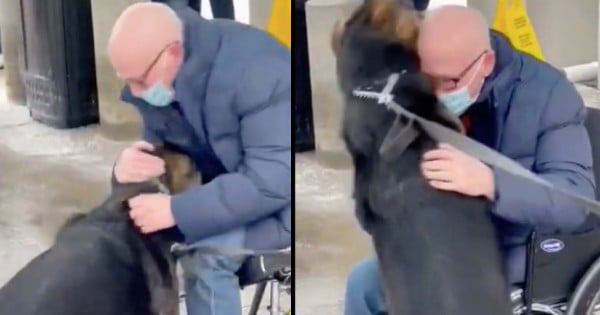 Security cameras rolled as an 83-year-old man, Denis O’ Connor, took matters into his own hands during an attempted robbery.

This armed robbery took place just outside of Cork, Ireland at a little betting shop called Bar One Racing. An 83-year-old man named Denis O'Connor was inside the business when three men in hooded sweatshirts barge through the door. And everyone in the business was startled by their abrupt entrance.

Right away, one of the armed men jumped over the desk counter wielding a hammer, and another one ran around the desk to get behind it, holding a hammer as well. What a scary sight!

That is when the security footage catches Denis coming behind the counter to start fighting off one of the robbers. This 83-year-old man has some courage!

Denis and the robber lay their hands on one another and get into a bit of a scuffle, and then Denis chases two of the robbers out the door with a stool.

The manager of the establishment, Tim Murphy, also held off one of the armed robbers and pushed him out of the store.

What an intense moment! And I'm sure everyone in there let out a big sigh of relief when it was over, and they were all safe.

It is good to see that the robbery was prevented and that no one was harmed during the dangerous situation. Things could have gone a lot worse. The 83-year-old man, Denis O'Connor, was so brave in such a scary circumstance and thank goodness he wasn't hurt! God was watching out for him, for sure!

YOU MAY ALSO LIKE: Grandma of 9 Fights Off Would-Be Thieves With Box Cutter At Subway

Isaiah 41:10
So do not fear, for I am with you; do not be dismayed, for I am your God. I will strengthen you and help you; I will uphold you with my righteous right hand.