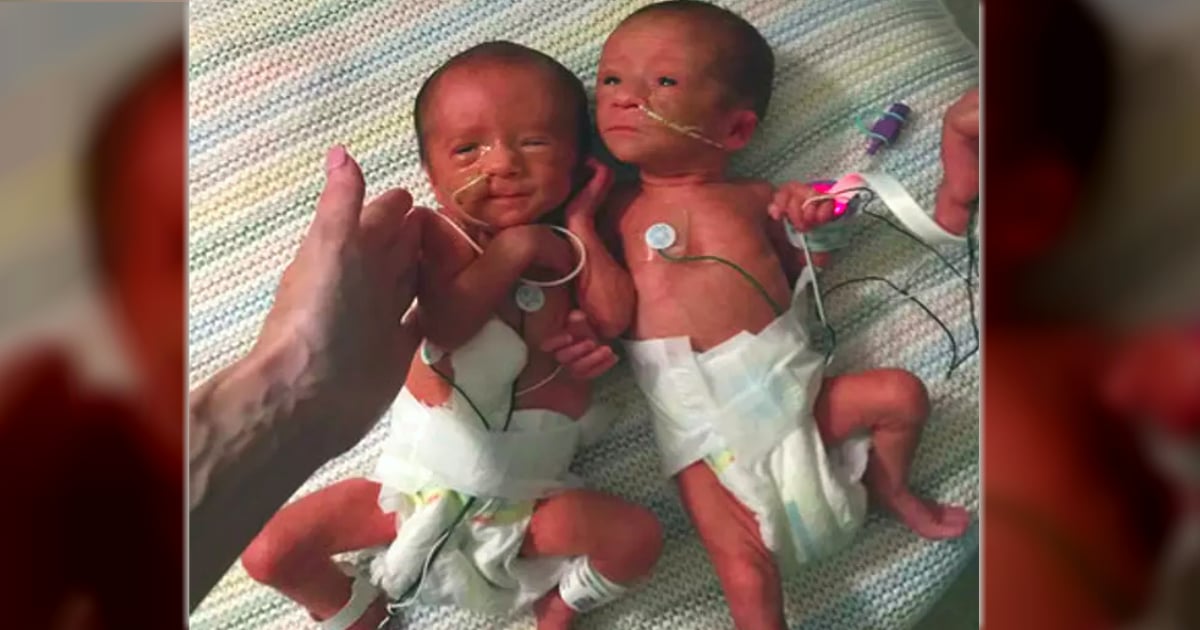 A man named Jesus Bueno came to the rescue of a Christian man, Tyler Moon, who had ‘Jesus Saves’ on his shirt. And this inspirational short story just goes to show how our awesome God can work in mysterious ways!

Tyler Moon was celebrating an incredible weight loss journey. After working hard to live a healthier lifestyle, the 25-year-old had taken up running for exercise. To celebrate dropping 100 pounds, he signed up to run the Twin Cities 10-Miler.

RELATED: Man with ALS Prayed in Church and Opened His Eyes to Find a Special Visitor Standing with a Gift

As a Christian, Tyler wanted a way to honor God during his run. So, he decided to put “Jesus Saves” on his runner’s bib in place of his name.

"I hoped someone would see that message and feel encouraged by it," he explained. "That they might feel lifted up in some way, and that they weren't alone." 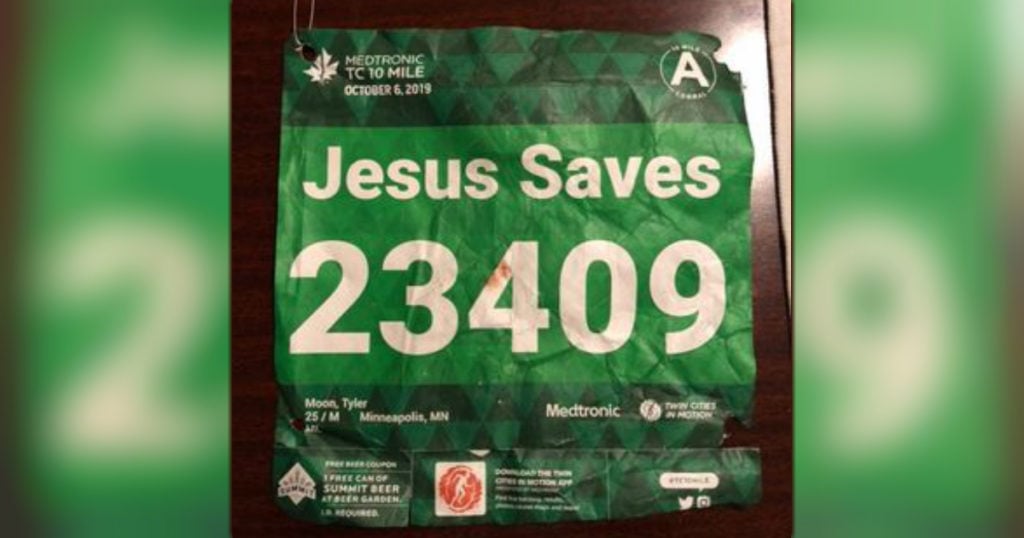 Amazingly, the “Jesus Saves” message ended up taking on an even deeper meaning when it brought Tyler and a man named Jesus together in a remarkable way!

A Man Named Jesus To The Rescue

Tyler Moon had never had any heart issues before. But soon after running 8 miles in the race, the 25-year-old suddenly collapsed, falling face-first into the ground.

It turns out he’d experienced an irregular heartbeat called ventricular tachycardia. Because of this, no blood was making it to the lower chambers of his heart. And so, they simply shut down.

A man named Jesus Bueno, who usually goes by Jesse and is a registered nurse, was one of the people who saw Tyler go down. He immediately rushed over, as did multiple other witnesses to Tyler’s collapse.

"Initially, I thought he was having a seizure, his breath was ragged and he was moaning," Jesus Bueno recalled. "But then within about 10 seconds, his pulse was gone. That's when we began taking turns to administer CPR."

The other strangers jumping in to help, forming a team of 11 people, also happened to be healthcare professionals (nurses, a physician, first responders, etc.).

"Everyone there was very familiar with emergency situations, and so we all just clicked together," says Jesus. "We really became a unit for Tyler."

The team, almost all of whom had also been running the race, took turns performing CPR until an ambulance arrived.

Thanks to the quick, life-saving actions of his special angels, Tyler Moon survived the ordeal with just some scratches on his face. Doctors say his heart is healthy but they will be installing a defibrillator just in case the irregular heartbeat should ever happen again.

Tyler is grateful to be alive, especially since he’s getting married in just a few months. And he can’t help but see God’s hand all over the way things played out.

"I have to believe there was some divine intervention here," he says.

The fact that Tyler was wearing a “Jesus Saves” message on the very day a man named Jesus was a part of his rescue certainly seems like an obvious sign. But there’s more to this story that shows Christ at work.

"To me, the most important part of this story is that a collective group of strangers came together, without hesitation, to save me," Tyler says. "That is an incredible, beautiful thing."

Also, Tyler reflects on the timing of his sudden heart issue.

The young man spent months preparing for the race, running similar distances all by himself on a quiet, empty stretch of road. Had he experienced an irregular heartbeat then, his story would likely have a very different ending.

YOU MAY ALSO LIKE: Skydiver Alive After 200-Foot Fall Following Mid-Air Collision, Says Jesus Saved Him

But instead, he collapsed at the exact time he was surrounded by 11 off-duty healthcare professionals. And, of course, a man named Jesus!

“For where two or three are gathered together in my name, there am I in the midst of them." Matthew 18:20