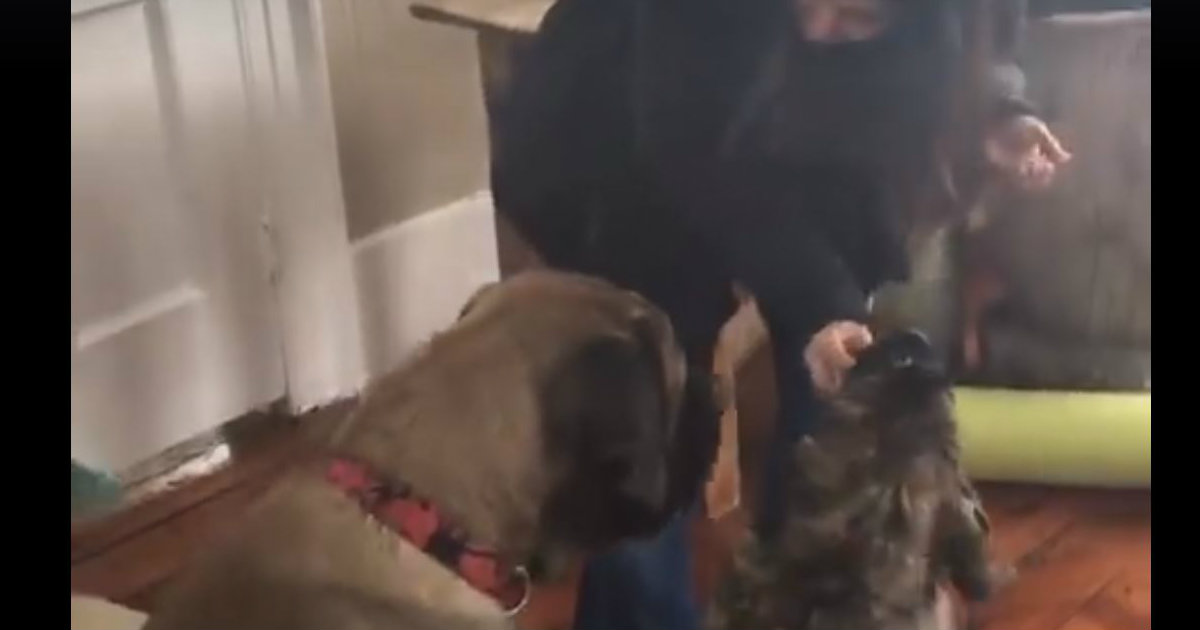 This adorable donkey is not like any other donkey. He is the most unusual donkey you will ever find.

His family took him in after finding him in the barn. He was so small when they found him and his mom thought that he was actually a bunny rabbit. But once they got closer him, they realized that it was a donkey. He was under 10 pounds! Most donkeys are born weighing at least 50 pounds. 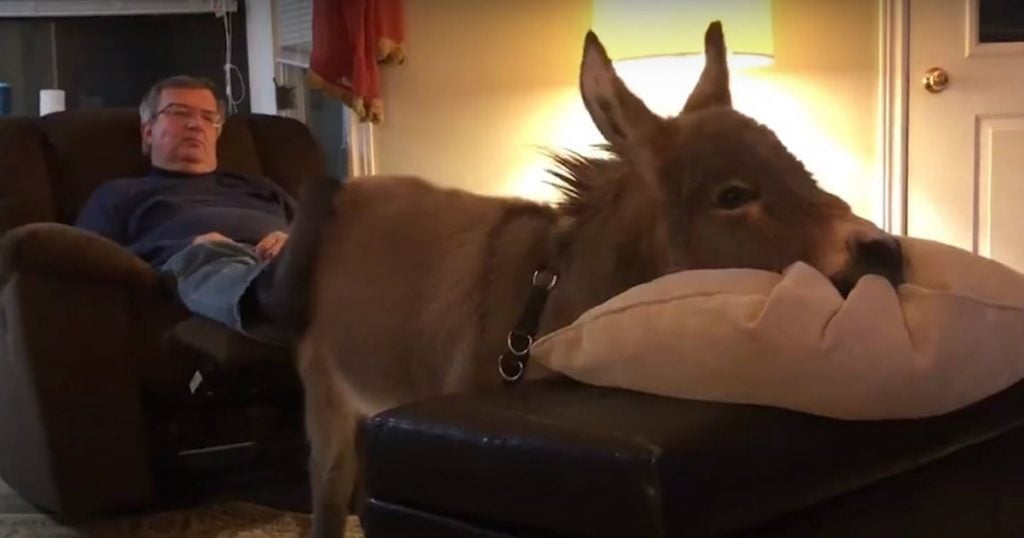 When they took him to him to the vet, they found out that his liver was not functioning properly. He was not expected to survive, but his owners did all they can to take care of him. They went from feeling him every 20 minutes with a syringe to feeding him every hour in hopes of him getting healthier. And he did!

RELATED: This Donkey Thanks His Brave Rescuers With A Grin

His owners wanted to let him back outside, but he is so small. It would be way too dangerous for him. So, they raise him in the house with the dogs. And he actually thinks that he is one of them. 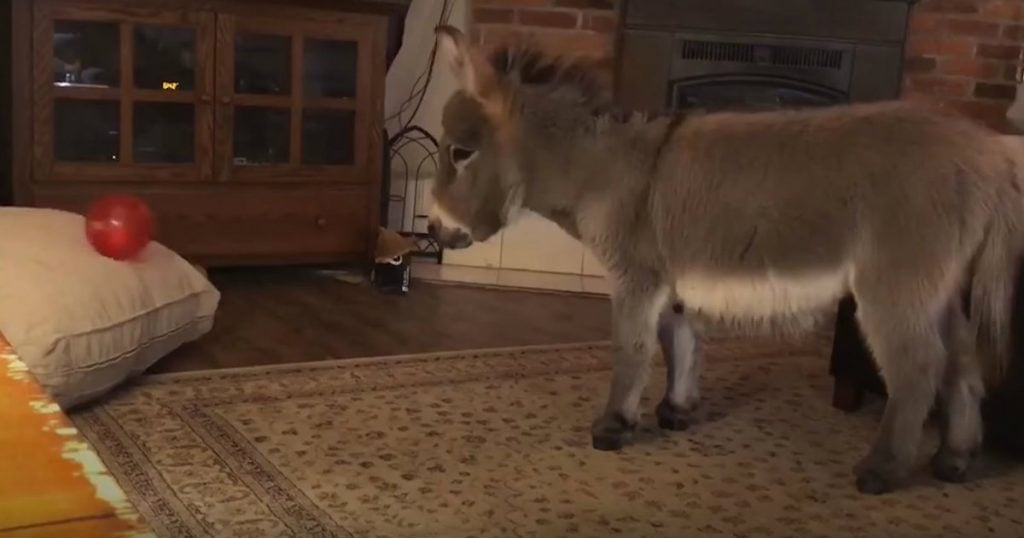 Tiny Tim acts just like a dog. He likes to run around and wag his tail. The little donkey even loves back rubs. He likes to fetch, and just like a dog would do, Tiny Tim sneaks and drinks out the toilet. His owner even house trained him and would take him to use the potty outside with the dogs. He loves being told that he is a good boy! 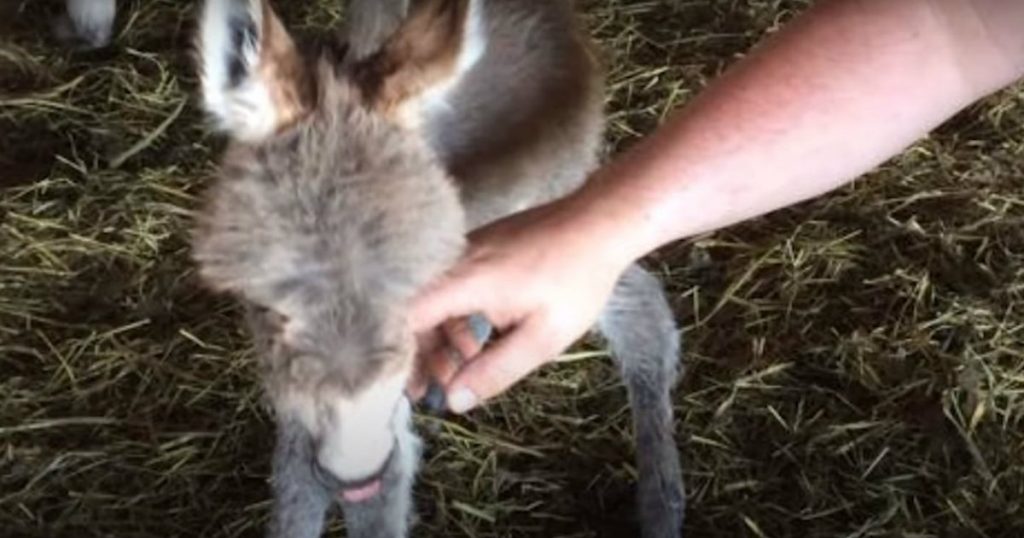 Tiny Tim is such a character and keeps everyone on their toes! He loves to play with pillows and would collect as many pillows as he can and put them in a big pile. And he loves attention. And it is not hard to give it to him because he is so cute!

You May Also Like: Seeing This Little Boy Meeting This Tiny Deer Is Truly Magical