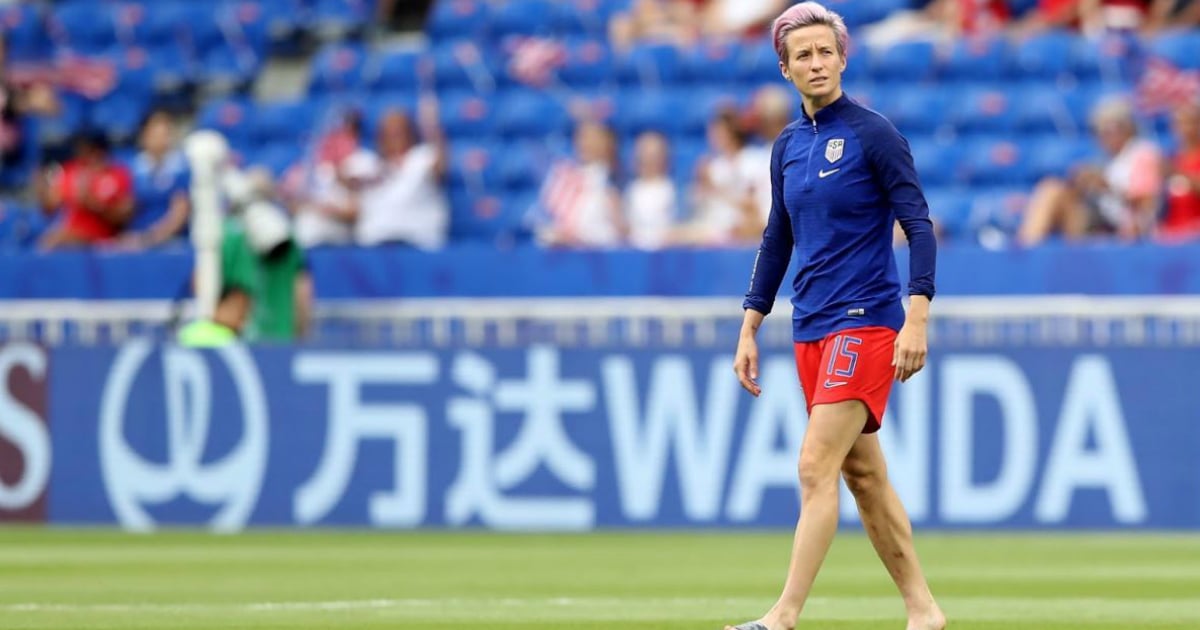 Megan Rapinoe & ‘The Era of the Ungrateful American’
Read Article »

Pregnant meteorologist Ashlee Baracy isn’t about to let the cruel comments of some viewers dampen the joy of motherhood. And her response to flagrant body-shaming is inspiring!

Ashlee Baracy is a 34-year-old meteorologist for Channel 10 in Ohio. And when she announced her pregnancy, she already knew not everyone would celebrate the joyous occasion.

RELATED: Pregnant Newscaster Has Some Words For Her Cyber-Bullies

While news anchors are shielded somewhat by a desk, as a meteorologist, Ashlee knew her growing belly would be on full display. And no doubt, it would draw comments from viewers no matter what she did.

"The sad part is the second I found out I was pregnant, I knew I would have to deal with criticism of my body by viewers," Ashlee said. "I've been around the business long enough, and I've seen colleagues go through that.”

But Ashlee wasn’t about to just sit back and take the abuse. Instead, she tackled the issue head-on!

When you live in the public eye, you’re forced to endure a certain amount of unwanted criticism. But Ashlee draws the line at body-shaming her pregnant belly.

"I had to have thick skin to be a public figure," she said. "But this time for me was a little different. I'm growing a miracle, and I have every right to have children.”

This child is a blessing from God. And Ashlee wasn’t going to stand by and let people make rude comments.

"Yes, I signed up to be a public figure, but my family didn't. My unborn child didn't."

So, as a public figure, Ashlee Baracy responded to the incoming cruel comments publicly, posting the feedback online.

"Pregnant or not, buy bigger clothes!!! You look bloated and uncomfortable. . . it is not likely your dresses will survive another 20 weeks of pregnancy weight."

"Ashley, I couldn't see next week's temps. Your baby was in the way."

"Ashley, you are really putting on weight. Watch your heart."

These are some of the comments Ashlee received.

But Ashlee didn’t argue. Nor did she get nasty. The pregnant meteorologist simply addressed the “concerns” in a matter-of-fact manner.

“My weight gain is normal, my blood pressure is perfect… BLESS your heart ‘Clay,’ because Lord knows you will need all the blessings you can get when you meet the Lord someday at the pearly white gates,” she wrote in response to the comment that she needed to watch her heart with all the weight she was gaining.

Nowadays, social media gives people the ability to “be heard” regardless of whether or not their words are positive, productive, or even relevant.

Of course, part of the appeal is a false sense of anonymity. Trolls think they can say cruel things without fear of any kind of consequence.

And that’s what makes Ashlee Baracy’s response to her body-shaming so perfect. Rather than hiding behind a screen, she’s forcing these bullies to own their actions and opinions.

And Ashlee is hoping that in doing so, she will help raise awareness of body-shaming so it can end.

"If I can use my voice to make things better, I will do that," Ashlee Baracy said. "I hope this is a platform where we can talk more about it, because there are many women who deal with it."

The good news is that not all of the comments have been negative. Messages of support and love have also poured in, something for which Ashlee is incredibly grateful.

In a world where technology is always changing and opening new avenues of expression, it’s important to remember that our tongues hold the power of life and death (Proverbs 18:21)

One day, we will have to answer for what we’ve said, whether we spoke it with our mouth or typed it with our fingers!

“And I say to you that in the day when they are judged, men will have to give an account of every foolish word they have said.” Matthew 12:36