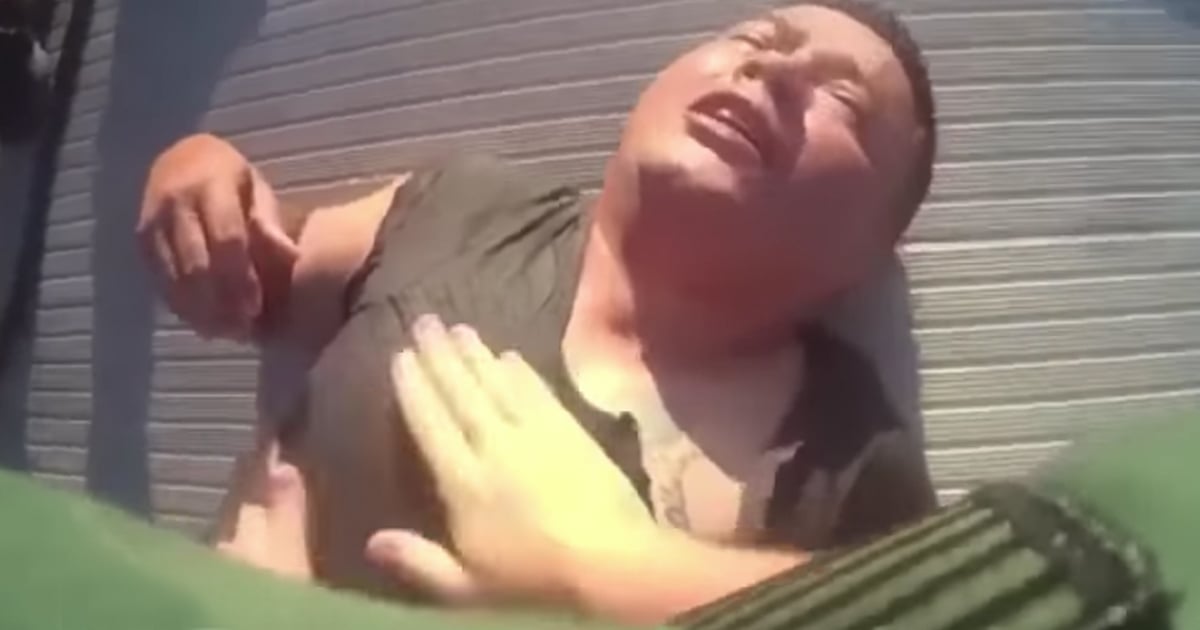 There are certain cases doctors never forget. The surgical team at Tallahassee Memorial will likely never forget racing to save two babies stabbed, allegedly by their own mother. But it’s not just the horrific situation making the case so memorable. It’s also the brothers’ miraculous recovery and the role faith played in it.

Sometimes truly horrible things happen in this world. Things so awful it’s hard to make sense of them. That was the case on April 24, 2018, when a 33-year-old woman named Carolyn Brown walked into town asking strangers for directions to the jail after telling them she’d just killed her babies.

When authorities went to Carolyn’s house to investigate her claims, they found a terrible scene. The woman’s two babies, an 8-month-old and a 15-month-old, had indeed been stabbed, one with scissors and the other with a knife.

As Carolyn headed to a mental facility, rescuers rushed her two children to the hospital.

An Unforgettable Day At The Hospital

When the boys arrived at Tallahassee Memorial HealthCare, they were in critical condition. Dr. Joseph Soto, the ear, nose and throat surgeon on duty rushed to help them but had never seen anything quite like their case before.

“I’ve taken care of a lot of patients, kids and adults, who have been through a trauma — stabbings, gunshot wounds to the neck — but never have I seen this type of situation with these two boys — two young boys, who were basically defenseless,” he recalled.

Doctors try to remain as emotionally detached from their patients as possible so they can think clearly. But seeing the shape these poor babies were in made it tough.

“One boy had a pair of scissors through his ear, his left ear. Another boy had a knife through his neck, going up towards his head, in his brain,” Dr. Soto recalled.

Not knowing any details about the case, the doctor couldn’t help but feel a bit shaken up.

“My immediate reaction was how angry I was. I wanted to find who did this,” he recalled.

But Dr. Soto knew he had to help these boys. So, he forced himself into “doctor mode” in order to figure out what came next.

Removing the objects wouldn’t be easy. Doctors took X-rays of both boys and worked together to come up with a game plan. The surgeries required to save these boys were going to be extremely long and complex. And as the medical team prepared to remove the knife from 15-month-old Juan Pedro’s skull, the phone in the operating room started to ring.

On the other end of the line was Gail Brown, the boy’s grandma. She just so happened to be a nurse at the hospital. Terrified for her grandson, she made a special request.

“Before you pull the knife, I want him baptized,” she told neurosurgeon Dr. Narlin Beaty.

They brought in the hospital chaplain and the room prayed as he performed the baptism. 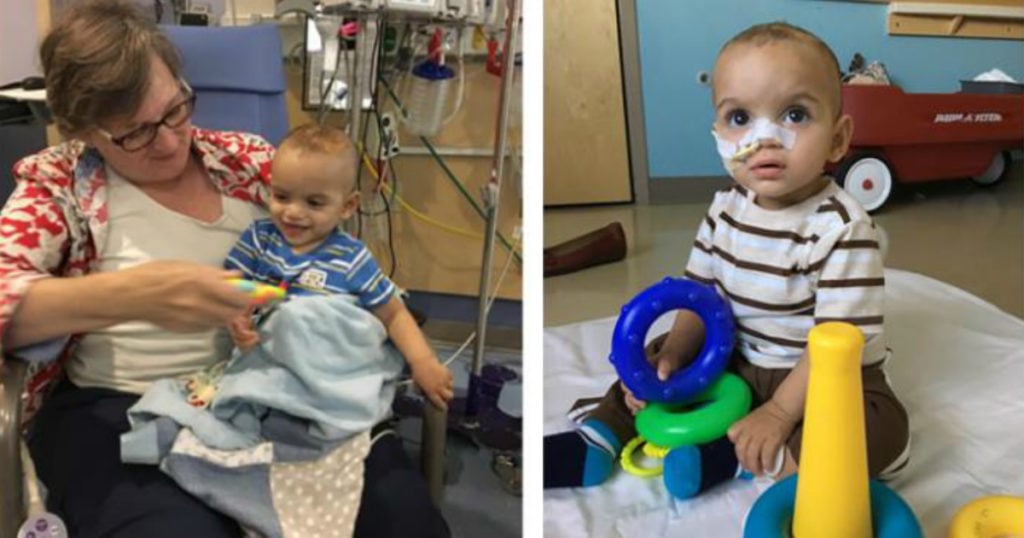 The surgery continued once the little boy was baptized. And the doctors had no idea if he would live or die.

God was certainly there to guide and direct the surgeons. Because miraculously, both boys not only survived but are thriving.

“The younger boy definitely is going to have hearing impairment just because of the course of that foreign body that went into his ear,” Dr. Soto said. “[Yet] when I see these boys and I see how they’re doing, it’s just remarkable.”

Now 2, John Pedro laughs and plays and shows no signs of his serious injury. His brother, Guillermo Timoteo, who was 8 months at the time recently turned one and is developing just like any other healthy baby boy.

The recovery of the brothers is so impressive, their doctors wrote a case report and submitted it to the journal Trauma.

“Every day, we see little miracles, and this just happened to be a big one,” Dr. Beaty said.

Authorities charged the boys’ mother with two counts of attempted murder. A judge declared her mentally incompetent to stand trial so she is currently getting treatment in a mental health facility.

Finding Hope In The Darkness

Despite the absolutely horrible situation, faith carried the family through. The tiny overcomers are inspiring so many, including the medical staff who treated them.

“I hope when people hear about this story, they realize that there can be some pretty bad things that can happen, but you just keep that faith. You keep that hope, and you can still have the happier ending,” Dr. Soto said. “It doesn’t have to be a bad ending.” 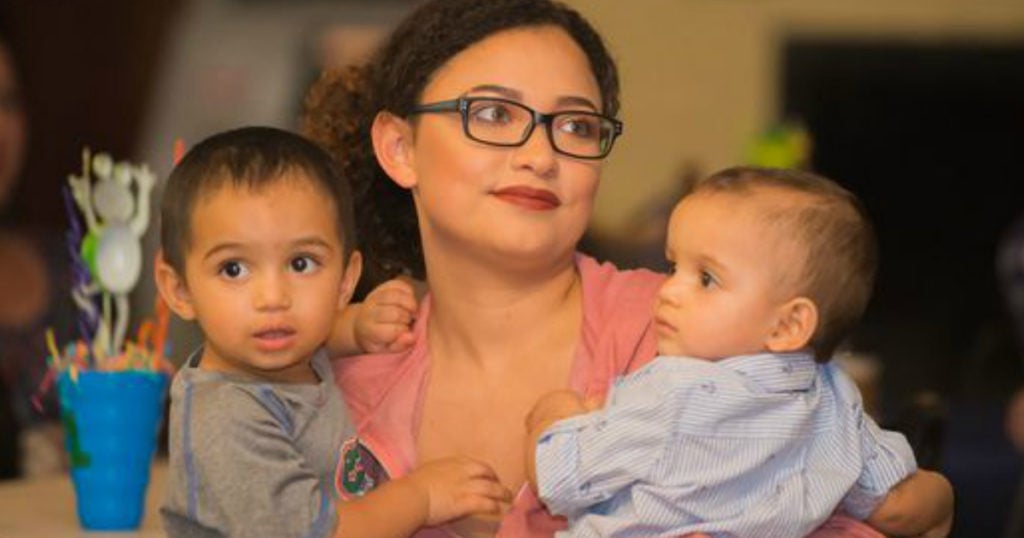 The boys with their cousin Credit: Colin Abbey

The little boys now live with their aunt and cousins. And the family made sure the boys reunited with the incredible people who helped save them — from doctors to the responding police officers. And just about everyone involved have been moved by these miracle babies.

The two Gadsden County Sheriff’s deputies who discovered the children after the incident were equally moved by the boys’ victory.

“When you see that, it was a gruesome scene, and then the outcome…it was a blessing,” Deputy Joseph Barnes said.

And family members of the babies stabbed are grateful to all who played a role, including our Heavenly Father.

“Juan Pedro and Guillermo Timoteo are doing very well, thanks to God and the incredible medical care they’ve received. We are grateful for every day that they continue to grow and heal,” the Nino-Brown family said.

Evil will always exist in this world. But God can truly bring good out of any situation!

YOU MAY ALSO LIKE: Prayer Chain Helps Save Dying Man's Life