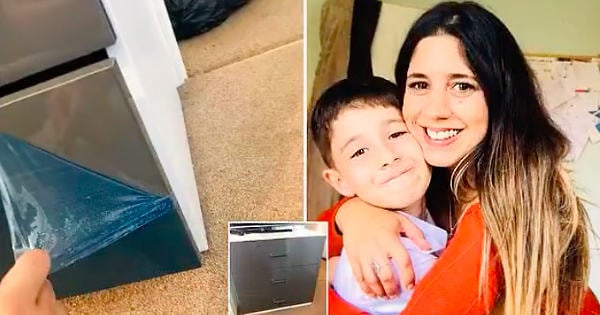 A family in South Africa realized someone was using their backyard pool when they weren’t home. So they installed security cameras to catch the culprit. But they never expected the footage to reveal baboons swimming!

A man and his wife, who live in South Africa, started noticing something disturbing each time they came home from work.

The couple’s lovely home has a beautiful pool out back. And every time they’d come home from work, they found evidence that someone had been swimming.

At first, they suspected someone from the neighborhood.

“Because our property is not fenced off we at first thought it was our neighbors using it without permission,” the man said.

The couple decided they were going to get to the bottom of their pool-crashing mystery. And so, they had security cameras installed. But they weren’t prepared for what those cameras revealed!

With the cameras rolling, the South African couple went off to work assured the true identity of their pool crashers would soon be revealed. But when the footage showed baboons swimming and playing around in the heat of the day, they couldn’t believe it!

In the CCTV footage, a pack of baboons have made themselves right at home in the couple’s back patio. Not only do they help themselves to the swimming pool, but they playfully run around the patio, chasing each other, just having a good time. It almost looks as if the baboons even have their very own “King of the Pool” game going!

As it turns out, the husband had actually jokingly hit the nail on the head at one point.

“I told my wife I think it is baboons but we didn’t really want to believe it and hence our decision to get proof in filming them.”

The couple was so sure they were going to catch one of the neighbors. But instead, they discovered that while they were away working, these baboons were hosting their very own pool party!

YOU MAY ALSO LIKE: Dog Was Caught Trying To Lay On The Couch And Her Reaction Was Hilarious

With the mystery solved, the couple is happily letting their “wild” neighbors enjoy themselves.

“Baboons can be troublesome to humans but we live peacefully with our animal neighbours and they are always welcome! We are blessed!”