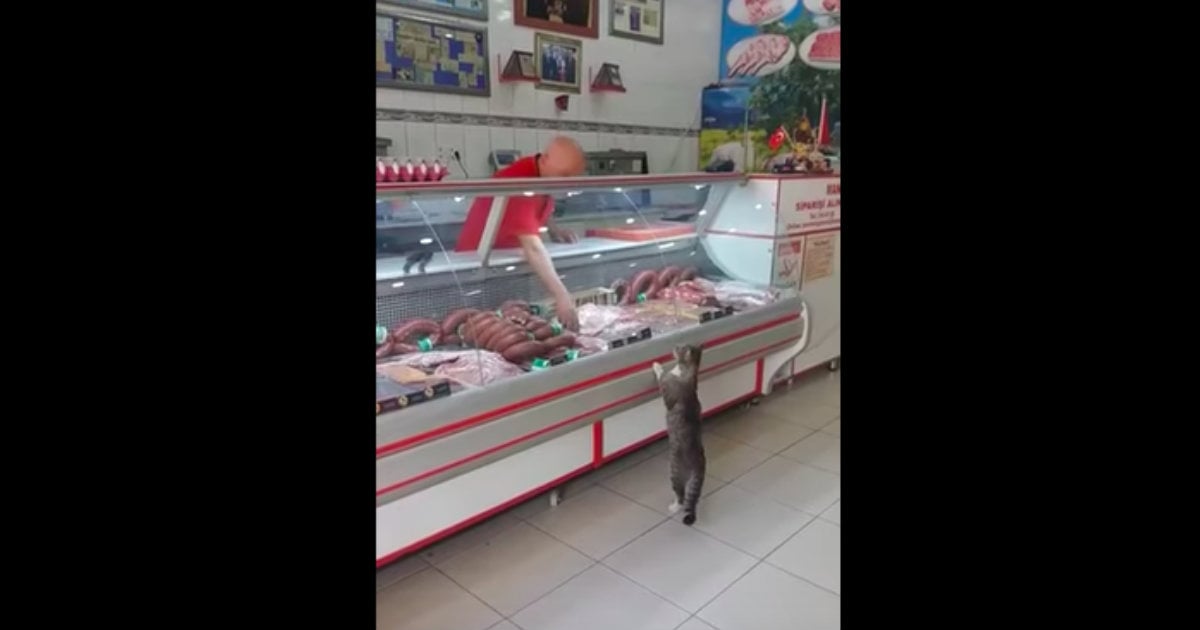 It was broad daylight in a Nebraska neighborhood and the homeowner was just inside. You’d hope that would be enough to deter a thief. But as security cameras rolled, a brazen, would-be catnapper tried stealing a pet cat right off the front porch!

Samuel Evertson has three fur-babies. The kitties mainly stay indoors, but sometimes 8-year-old Mo likes to lay out on the front porch.

Since Mo stays put on the porch, Samuel doesn’t usually worry about letting him outside. But then, Samuel’s security cameras captured a threat he would never have imagined!

Thief Tried Stealing A Pet Cat From His Own Porch

One Spring afternoon in Lincoln, Nebraska, Mo was enjoying lounging on the front porch. Birds chirping, bugs buzzing — it must have been kitty Heaven. But then things took a terrifying turn.

A young woman approaches the porch, extending her hand as though she plans to pet Mo. The cat is hesitant but leans in to sniff the stranger’s hand. And that’s when the girl scoops Mo up and tries taking off with him. 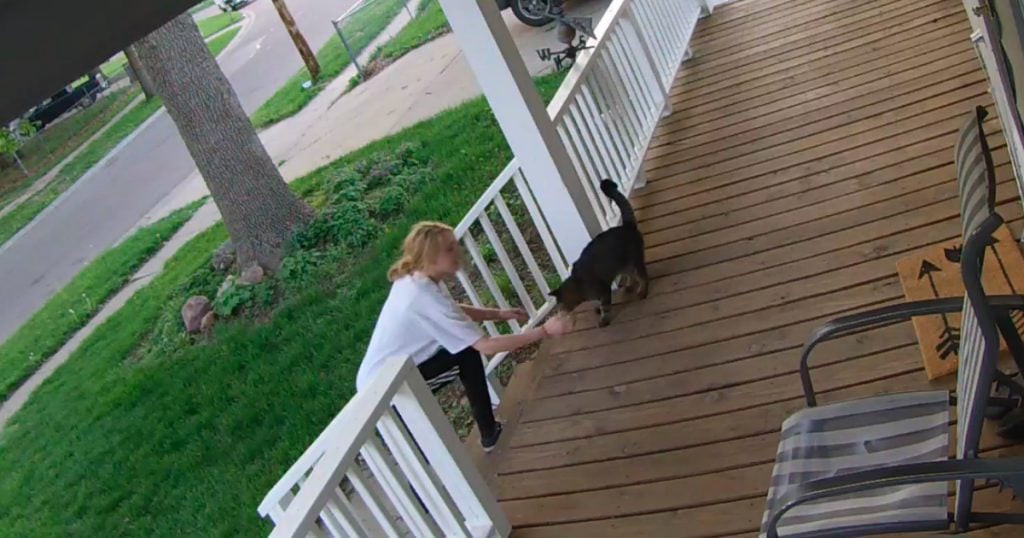 However, as the catnapper heads toward the getaway car waiting for her, Mo recognizes he’s in danger. And the feisty feline wasn’t about to make things easy. As his abductor goes to open the car door, Mo manages to wriggle free from her arms, leaping off her shoulder and dashing back towards his home.

“He can be feisty. He’s pretty strong,” Samuel said.

In fact, of his three cats, Mo is the only one Samuel believes would succeed in escaping.

Samuel may have never known how close he came to losing Mo, had it not been for his security camera. While inside, Samuel received an alert on his phone, notifying him of movement detected on the porch by surveillance.

RELATED: Note From A Stranger Reveals This Cat's Secret Life As A Fur Angel

As he reviewed the footage, Samuel thought at first it must be his friends playing a prank. But after confirming it wasn’t them, he called the cops. Police were able to track down the suspect — a 17-year-old girl — based on a tip received from a neighbor.

The teen claims her friend dared her to swipe the cat and says she had no intention of keeping Mo. Even so, she’s facing charges for attempted larceny and trespassing. And we pray she’s learned a valuable lesson from all of this.

As for Mo, the incident left him a bit shaken.

“He is fine but definitely more timid [now]. He doesn’t like being held,” Samuel said.

Samuel is keeping his sweet boy inside where he’s safe, making sure he gets plenty of petting and snuggling.

Thank God Mo’s instincts and reflexes kept him safe and that the cameras let Samuel know just how blessed he was on that day!

YOU MAY ALSO LIKE: This Shelter Cat Just Chose His Forever Home All On His Own