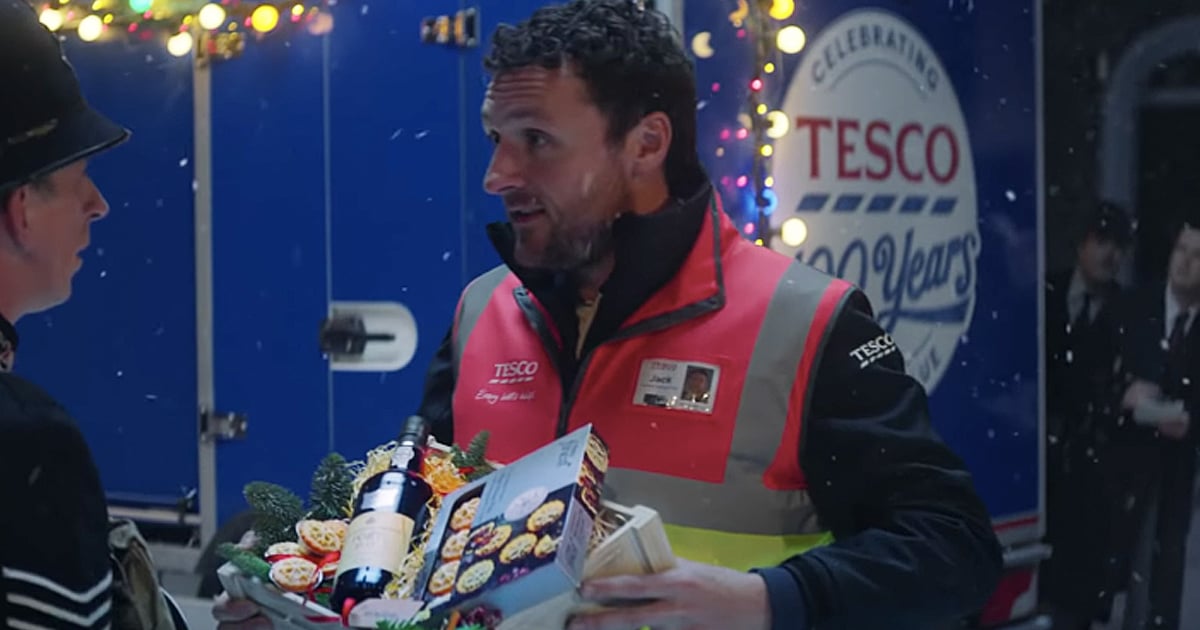 A thief caught on camera surprised everyone with his change of heart. Not only did he return the items he stole, but the culprit included a heartfelt “I’m sorry” note for his victim, too!

It’s the type of moment that often feels like it only exists in movies. The moment the “bad guy” sees the error of his ways and decides to make things right.

But this inspiring change of heart story happened in real life. And that’s what makes it so heartwarming!

A Thief In Customer’s Clothing

Bill Hargis and his wife own and run the Music Tree School of Music in Richmond, Virginia. And one morning, a sneaky theft took place behind Bill’s back.

An unidentified man came into the store, supposedly to buy an $8 tambourine. The purchase, however, was merely a distraction so the man could slyly steal some items from the store.

While Bill’s back was turned, the man reached over the counter. He got away with Bill’s cell phone, but also a 22-year-old clarinet belonging to one of Bill’s clients.

The clarinet sells for around $500 or so. But to the gentleman who owns it, the instrument’s sentimental worth is what makes it so valuable. It was given to him by his grandmother. And he’s brought the clarinet to Bill’s shop for repairs and lessons on how to play it.

“I really hated calling him to tell him it was stolen,” Bill admitted.

Thankfully, the store’s security cameras filmed the whole thing. But the footage also prompted an unexpected change of heart for the thief caught on camera!

After reporting the theft to the police, who shared the security footage online, there was a surprise waiting for employees of the Music Tree School of Music the very next day.

Apparently, the thief caught on camera realized he’d made a terrible mistake. He ended up bringing all of the stolen goods back to the store. But he also included an “I’m sorry” note that really tugs at the heartstrings!

"Please forgive,” the letter read. “I have been victimized myself. My bills are piling up, my wife [sic] mobility is close to nothing. I'm struggling but this doesn't give me the right to victimize anyone. I'm sorry — I wouldn't want to happen to me … shamefully I am to my grave." 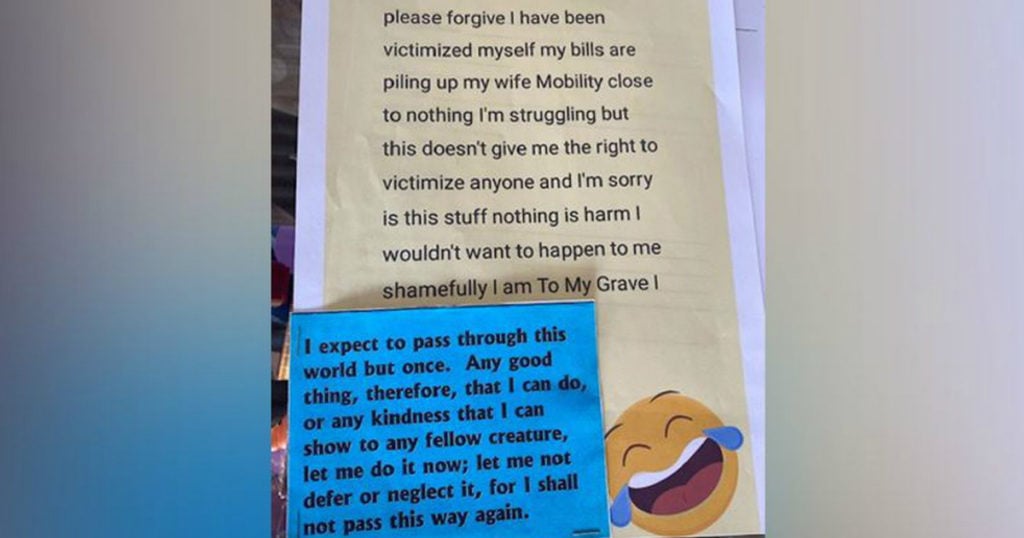 The thief caught on camera also included a famous quote attached to the “I’m sorry” note. It read:

“I expect to pass through this world but once. Any good thing, therefore, that I can do, or any kindness that I can show to any fellow creature, let me do it now.”

The exact author of the historical quote is unclear, as it has been attributed to several different people, including Quaker missionary Stephen Grellet, William Penn, and Ralph Waldo Emerson.

But the intent from the “I’m sorry” note and quote was clear. The thief had changed his mind about his shameful actions.

"It was sad," Bill said. “He felt regretful — He's bringing (the stolen items) back because he felt guilty about it. There's hope for people if they do that. I feel that maybe there's hope for him."

And Bill was especially glad to have the clarinet returned, which is a client’s cherished family heirloom.

Sometimes, when we make a bad choice, we feel as if there is no turning back. It’s not easy to reconsider our actions and find the courage to try and make things right.

YOU MAY ALSO LIKE: Crook Caught On Camera Trying To Steal Cat Right Off Home’s Front Porch

That’s what makes this real-life inspirational story so wonderful. To see the thief caught on camera have a change of heart is truly touching.

Our God is the God of second chances. What a powerful reminder that it’s never too late to repent!